Another couple of pictures from our time volunteering for 2.8 hours later. 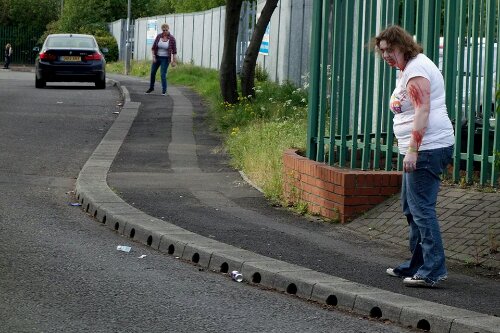 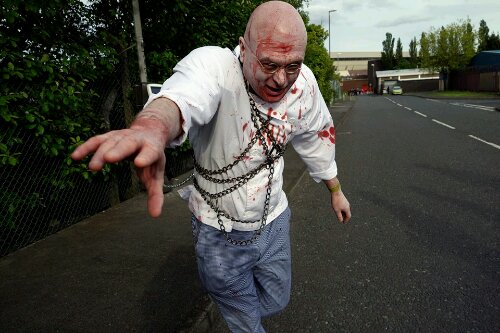 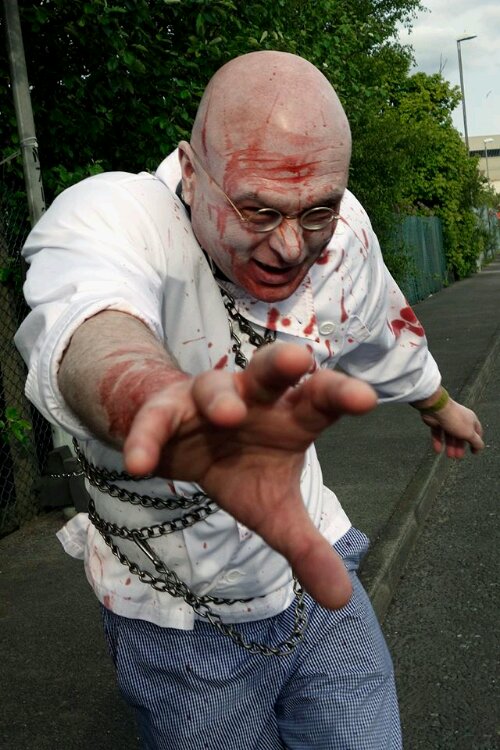 These pictures, and a few others, were spotted by a friend on someone’s Facebook page. I don’t do Facebook, so she asked them to mail me some. The bloke who took the pictures is considering a role as a zombie next year, a great way to spend an evening in my opinion.