Many years ago, I made baked beans from scratch. After the best part of a day in the oven, the beans were still chewy and, despite my best attempts at coercion, my kids refused to eat them. Well, they were pretty horrid.

The episode removed any desire to attempt baked beans again. Until recently. Fed up with cans of beans floating in orange-red, thin sugary slime, I began to think about making my own again.

Fortunately, since my last attempt, the internet was created. So, last night we ate beans on toast. 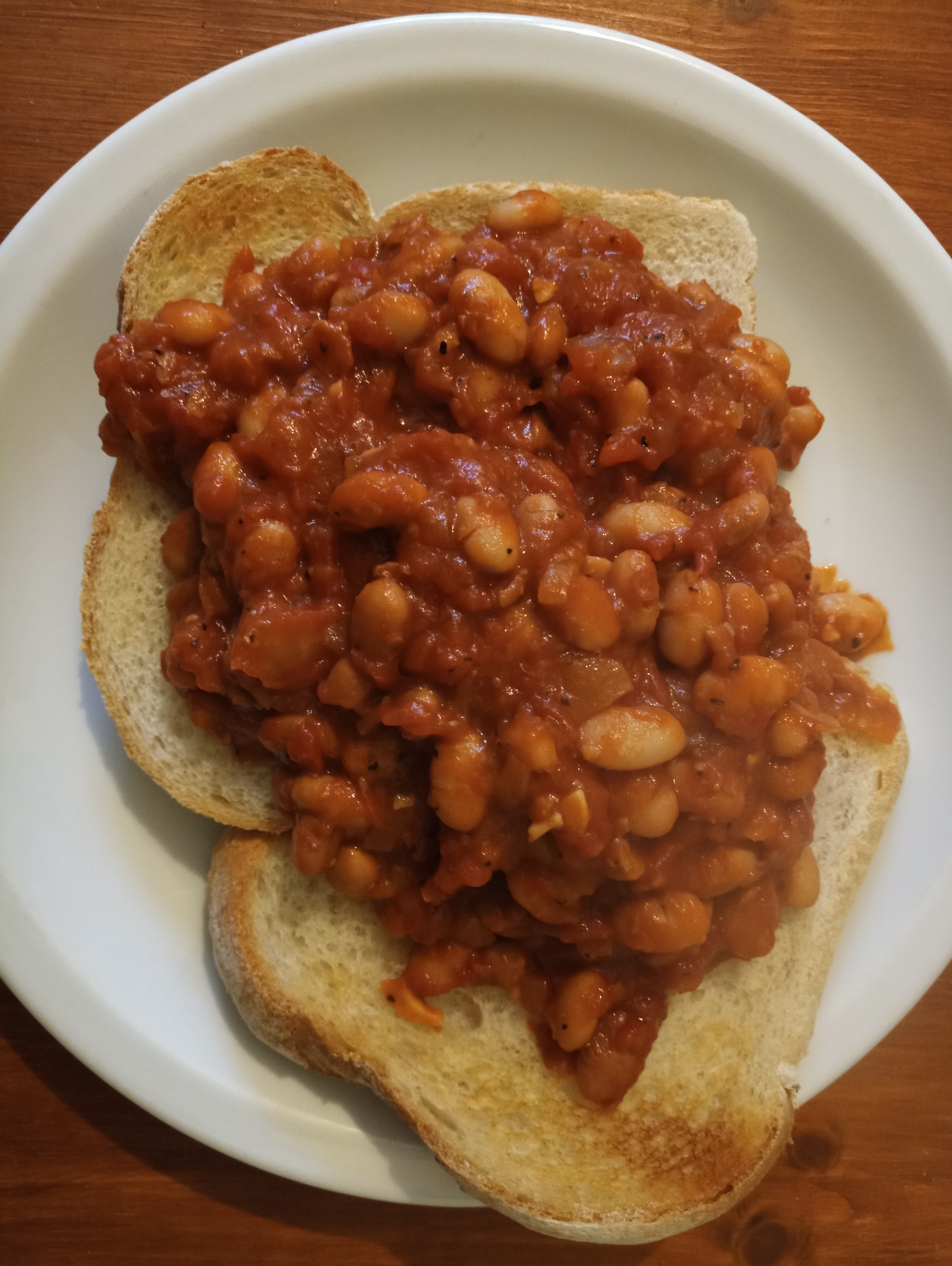 And they were delicious. Cheap too, a couple of quid and it’d comfortably feed four. Which means tonight’s evening meal will involve leftover beans.

This experience, and our new found fondness for chilli made only with beans, means that legumes will feature more prominently in my diet.