So the Subway franchise has released a vegan patty. That’s obviously a good thing from my perspective. But, perhaps more important is the associated advertising campaign. 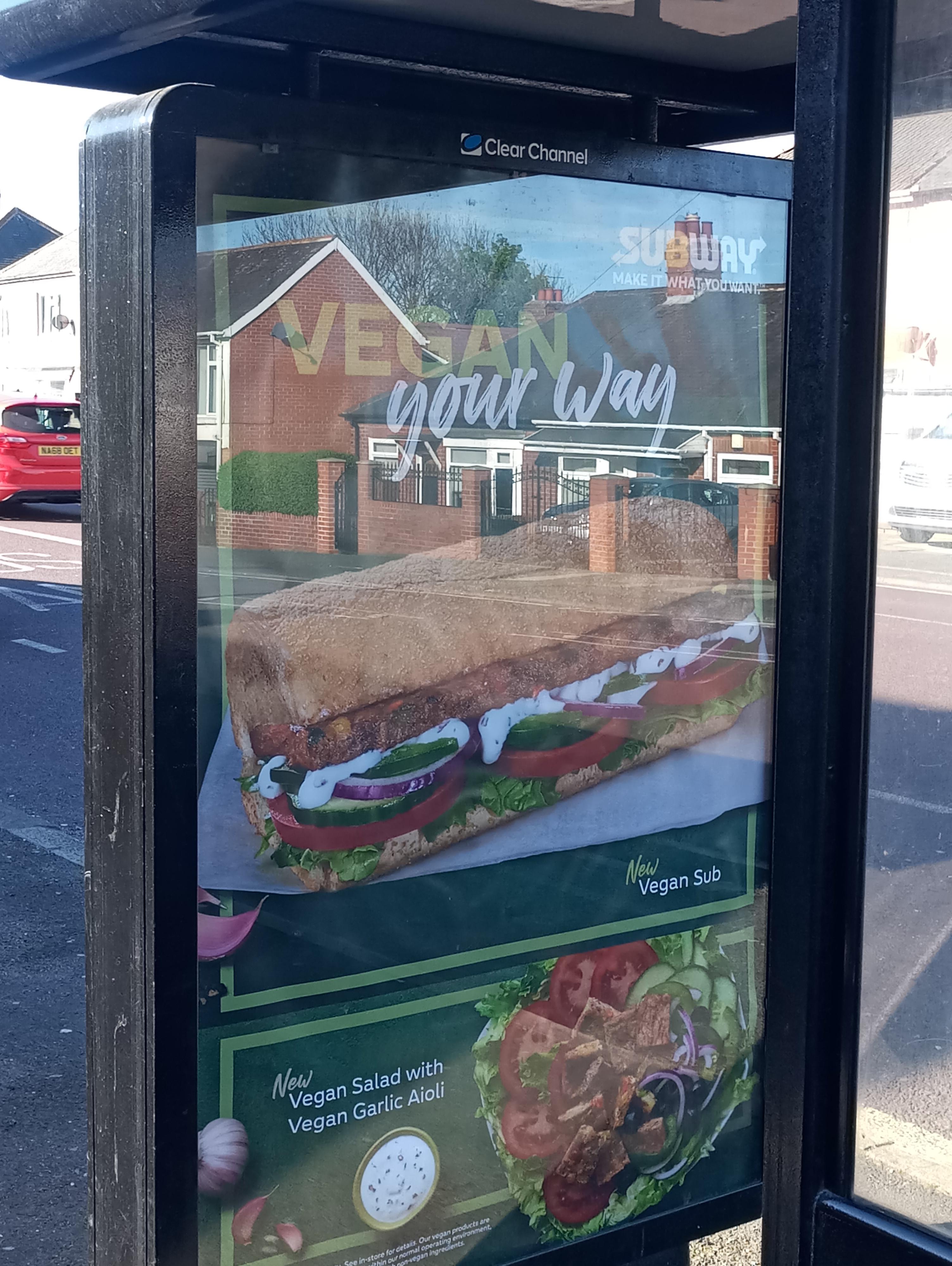 To see advertising for a vegan product on the sides of buses and posters at bus stops is a pretty huge step, unimaginable just a couple of years ago.

No doubt, this move has been influenced by the success of the Greggs’ vegan sausage roll and Subway will be hoping to see the increased turnover experienced by that company.

Still, whatever the motives, it’s a good thing for vegans.

And they’re quite nice too.