While sanding the cabin floor of the van, to treat rust spots, I found holes. Just three small ones, but holes nonetheless. 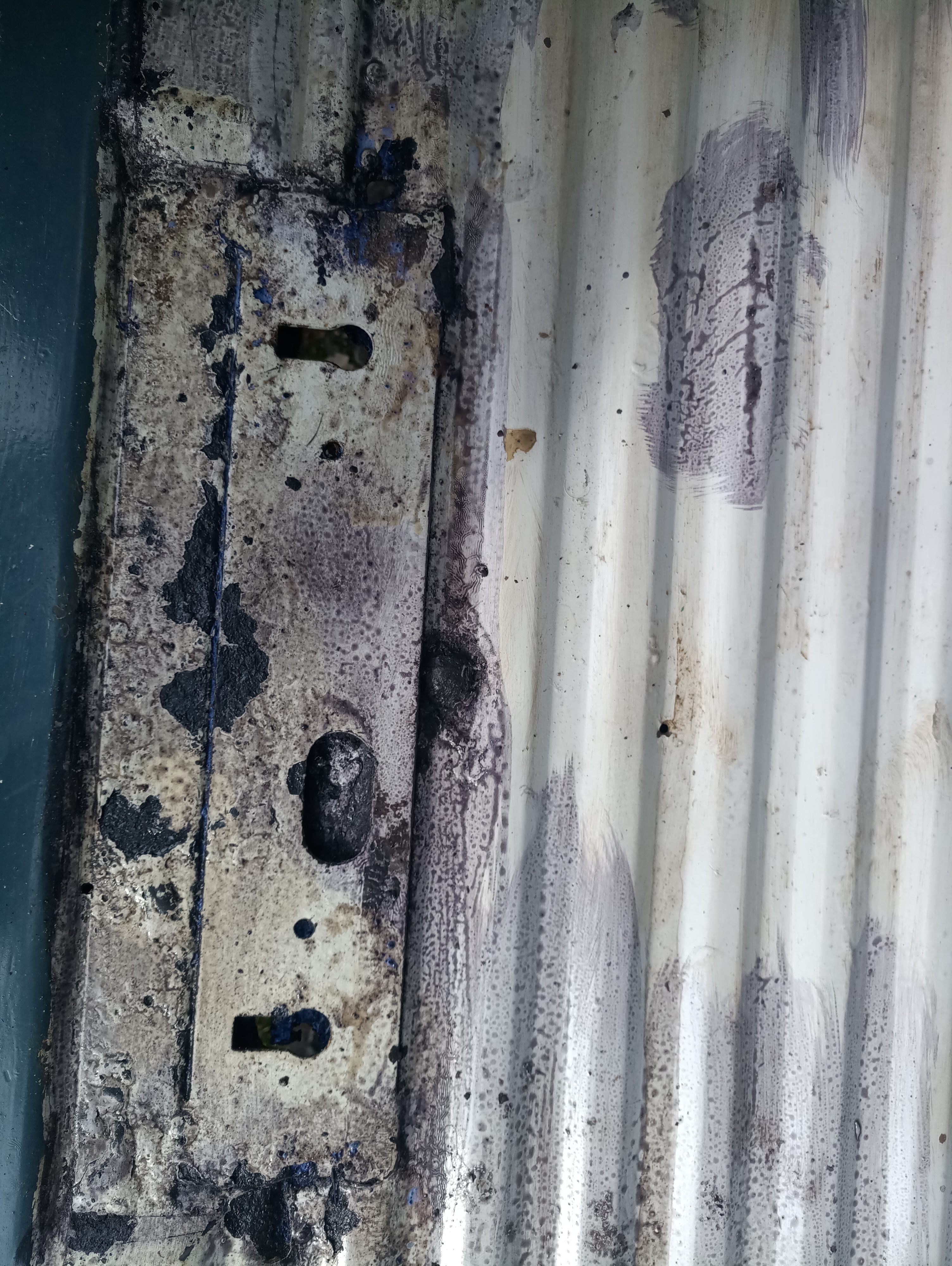 They don’t show up too well in the picture, but they’re under the keyhole-like fixing points. I’m assuming that water had become trapped there, under the flooring.

The holes are actually filled now and much of the other bits of rust proved to be minor. It actually looks worse now, since the rust treatment has turned it black. 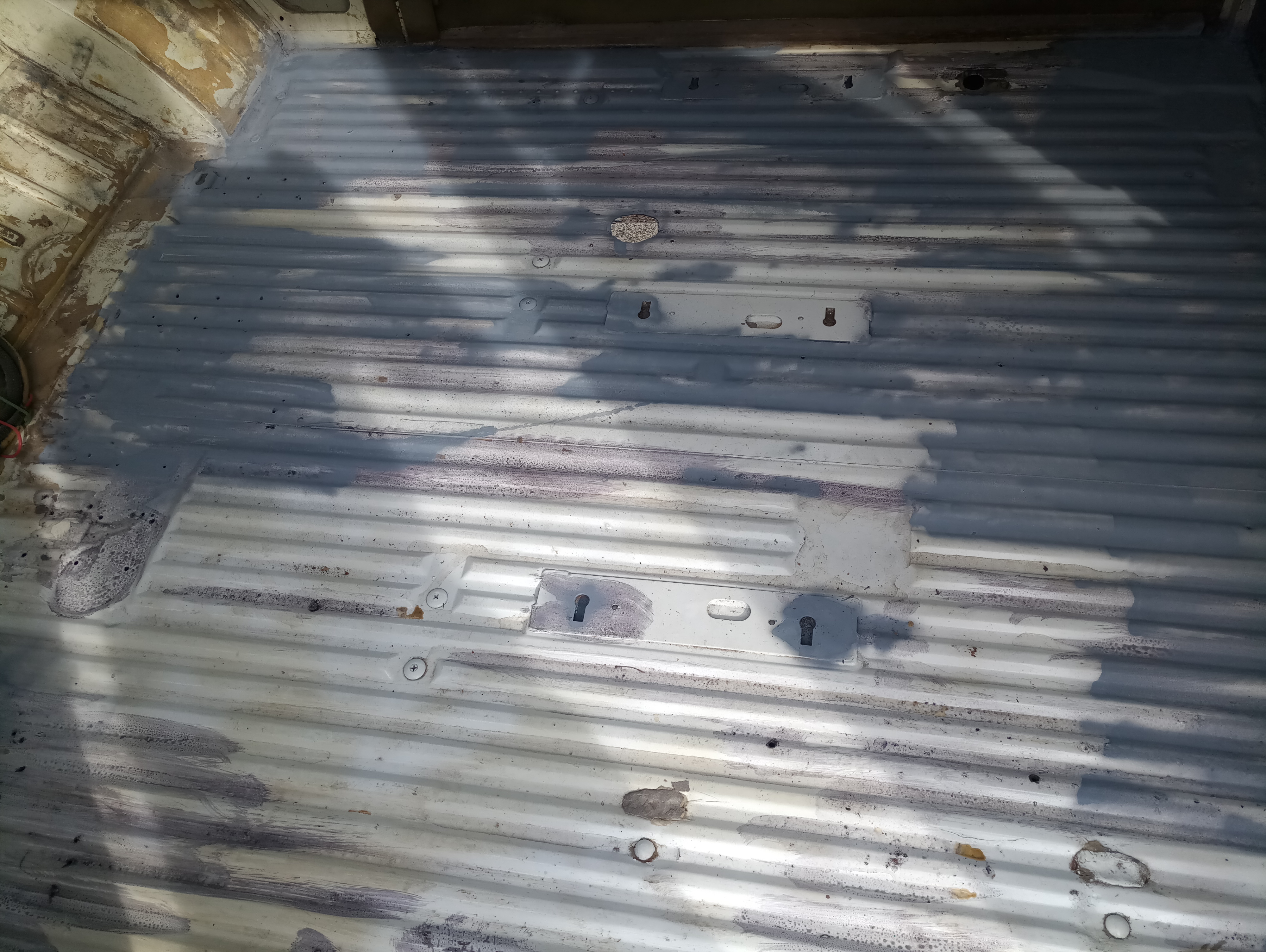 I probably could have finished spraying the floor today, but I had other stuff that needed doing. Maybe tomorrow.

On a (barely) different subject, an old number plate was purchased. This reflects the van’s new name as well as its previous place of residence. 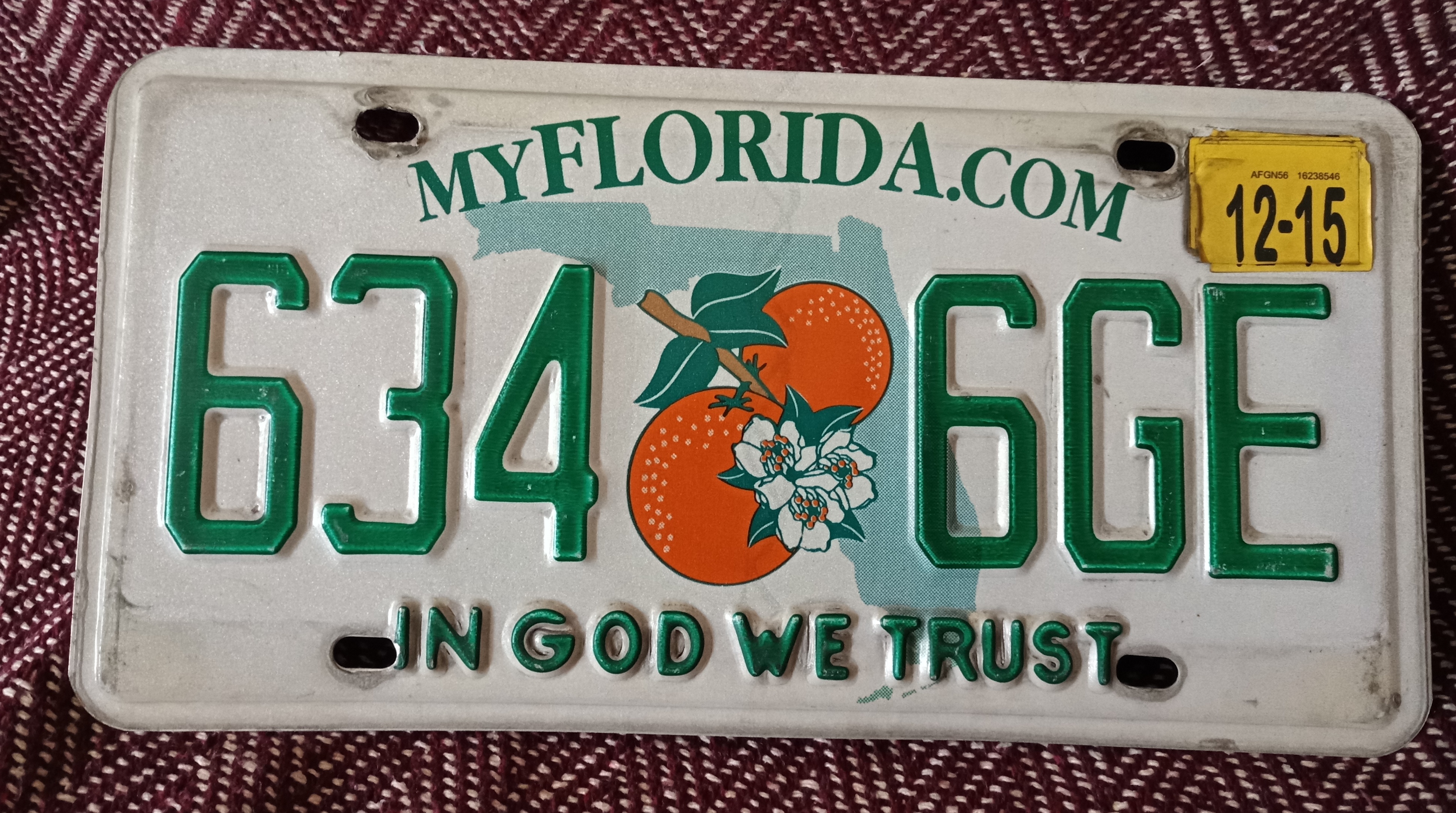