I didn’t want to screw numbers to a new door, so I came up with an alternative. 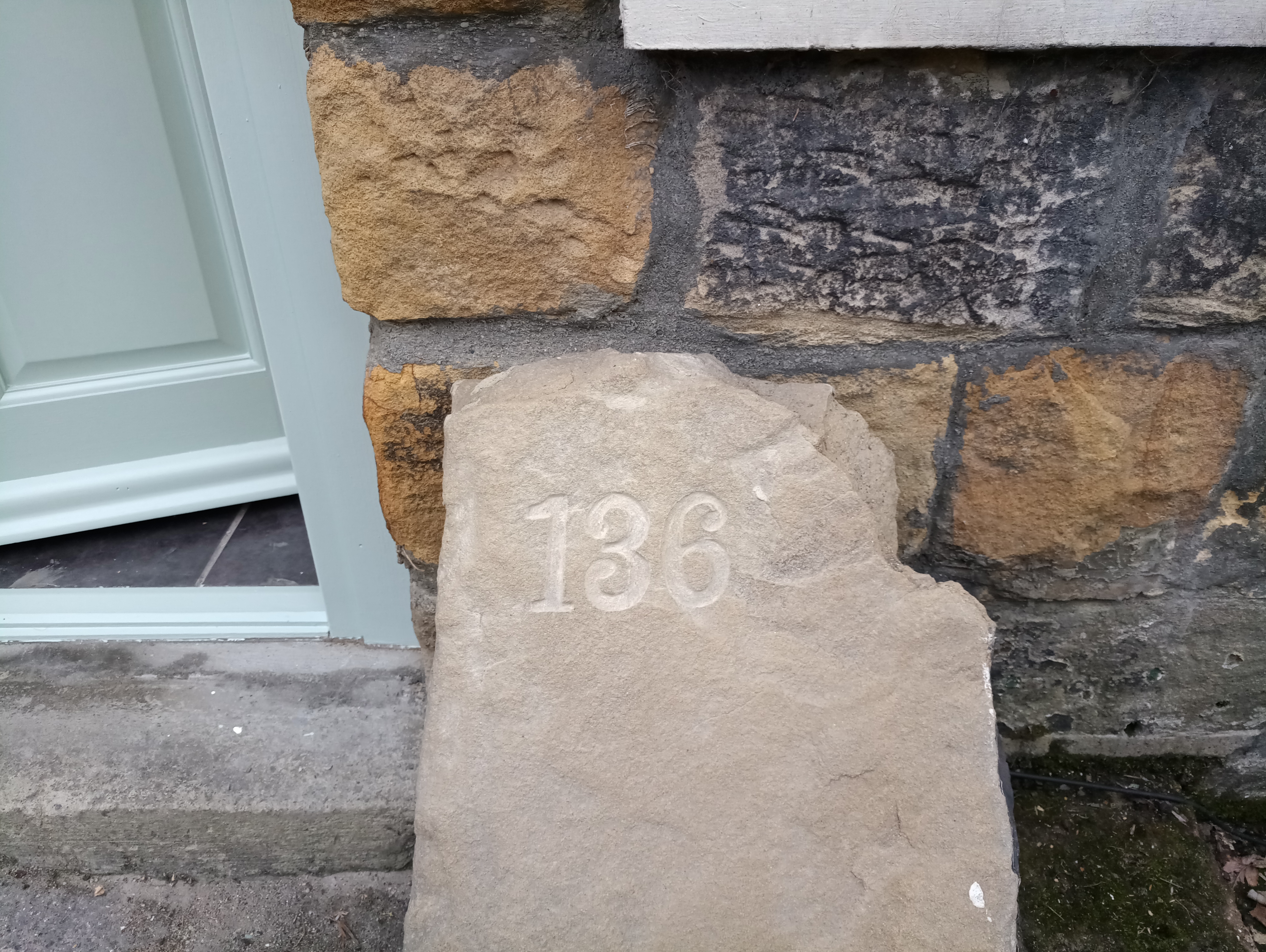 It’ll need tidying up when I’ve time, but it’ll do the job for now.

OK, there’s historic (hopefully) woodworm and someone’s made a bodged attempt at re-covering, but we just bought this. 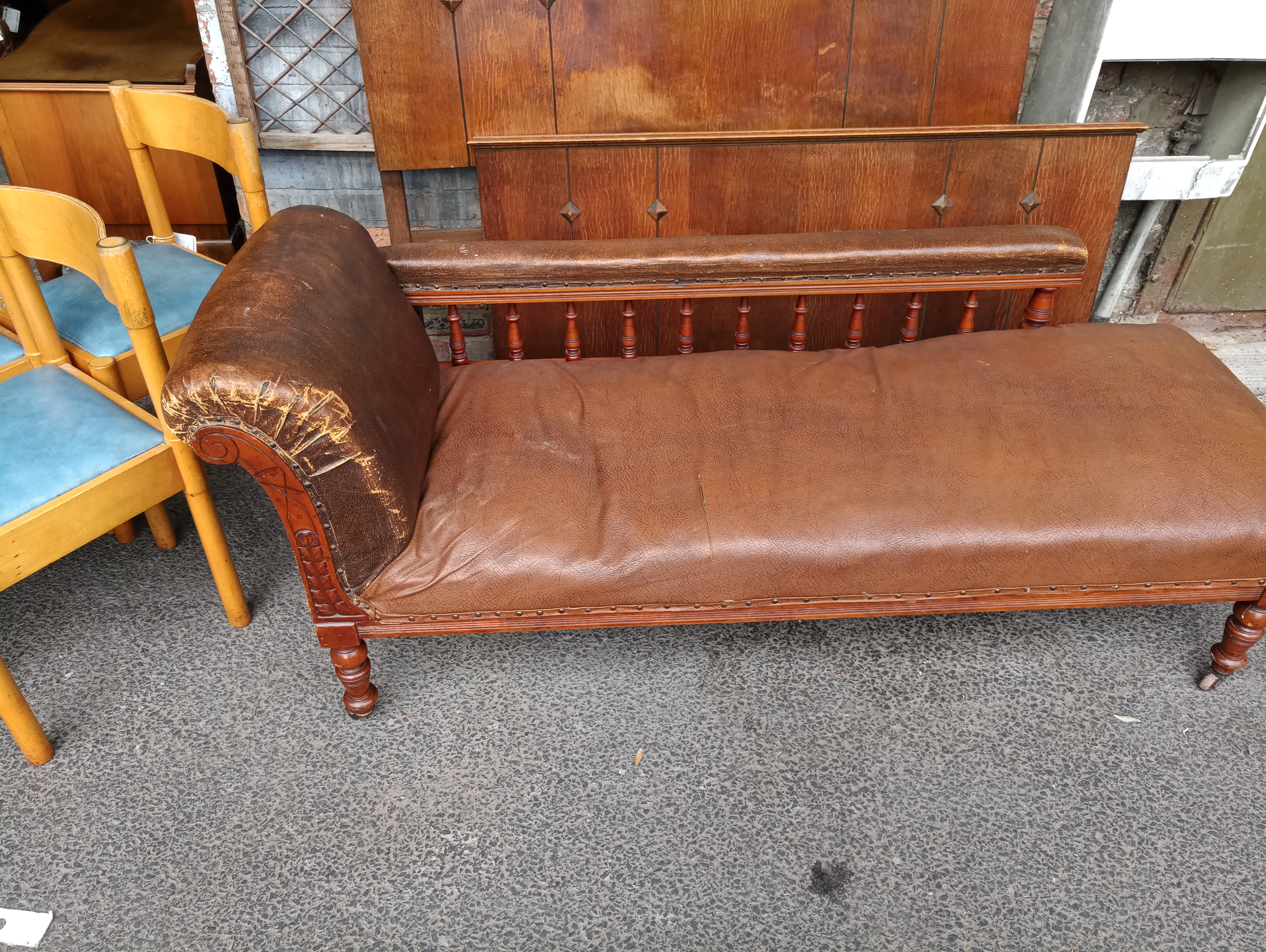 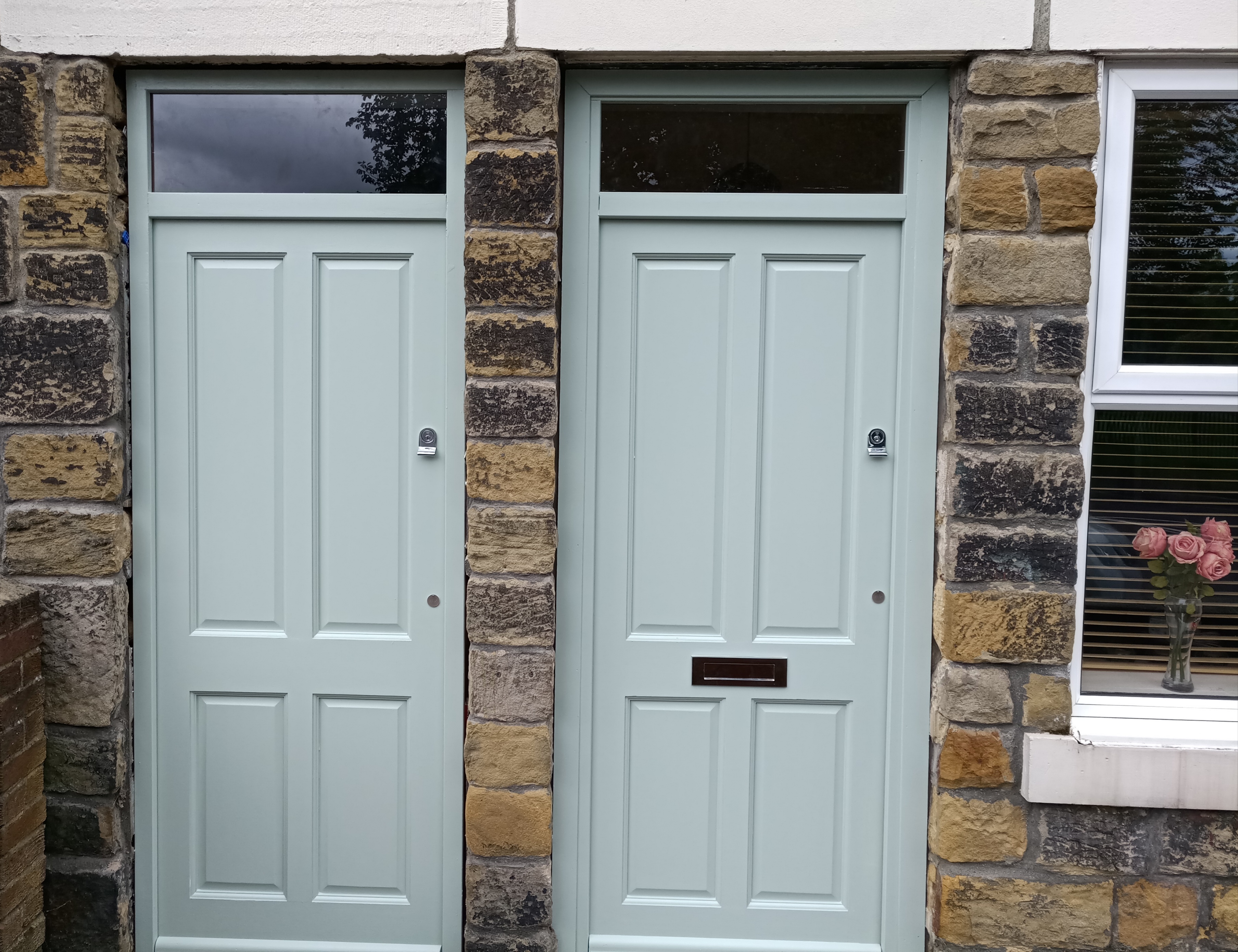 Just need to point round the door on the left and add door numbers. Which won’t be on the door.

I probably should have taken a pre-primed picture, but … 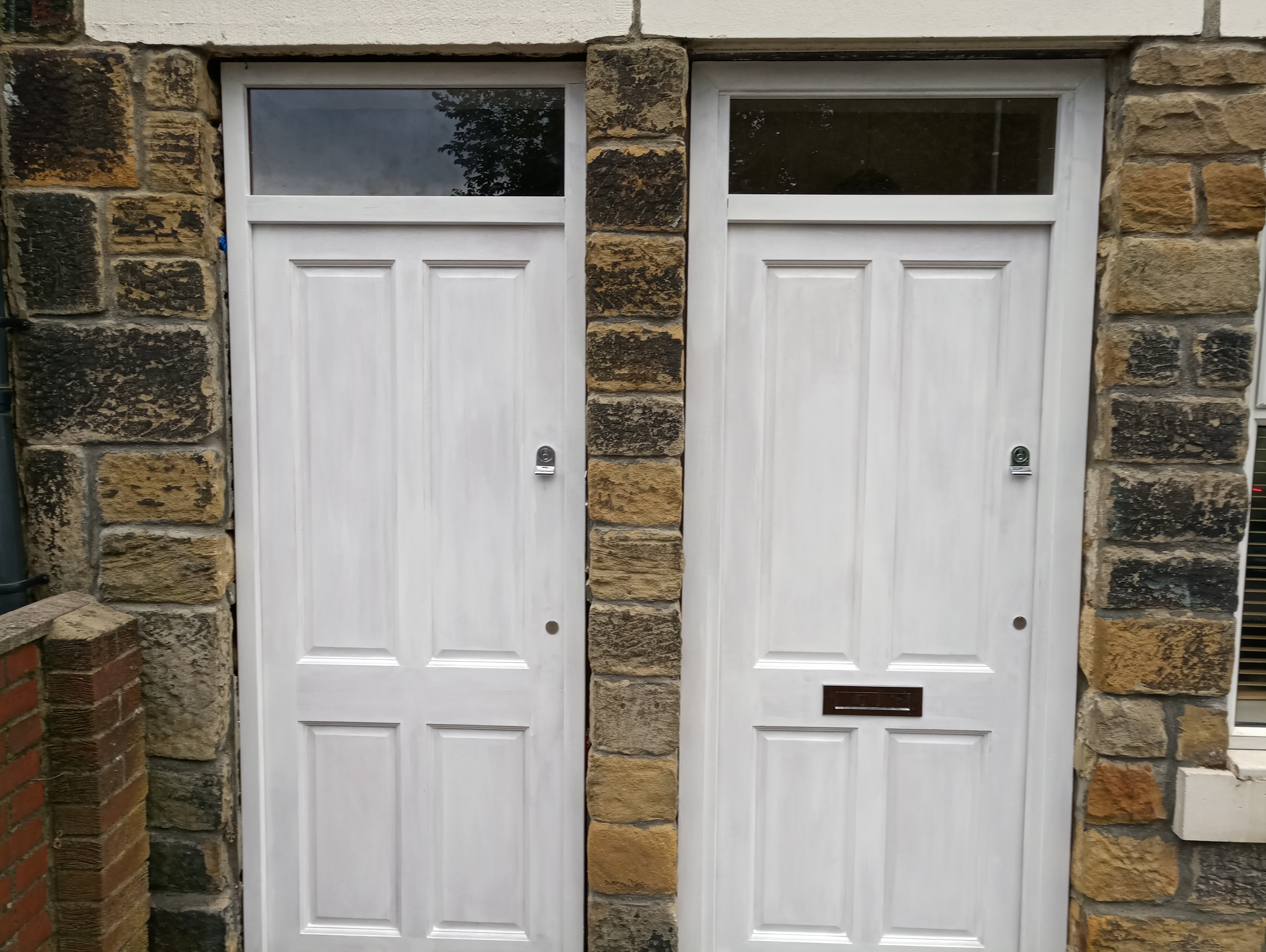 After putting it off for way too long, we now have a new front door (-ish).

It needs some work, but it’s already miles better than its plastic predecessor. 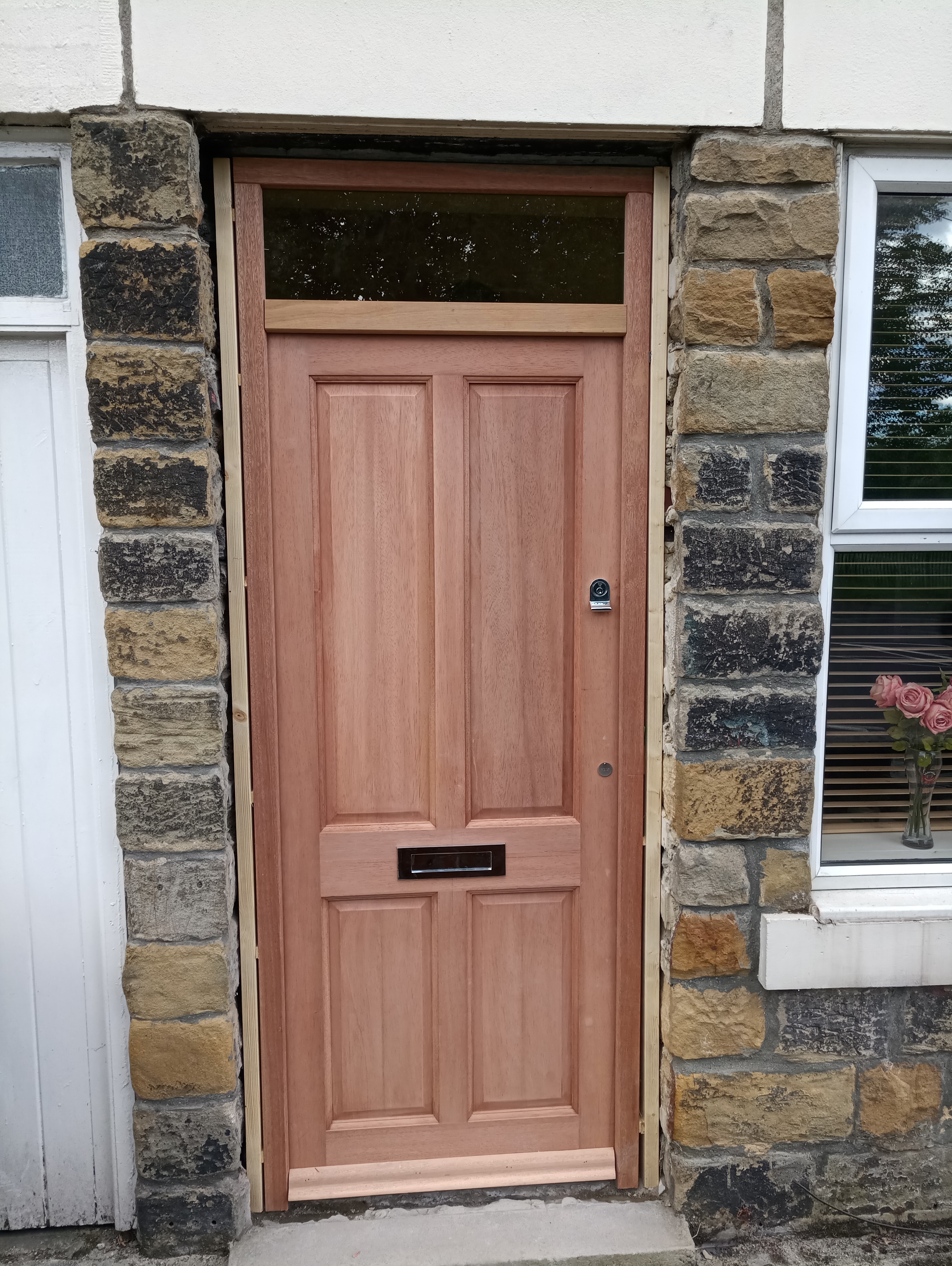 Apparently, the door shall be green.

Its neighbour too, most likely.

Screws too small for the job and high winds, something one needs to accept when living on a hill, recently led to the external camera parting company with the wall.

All fixed now though (top right). Despite my fear of heights. 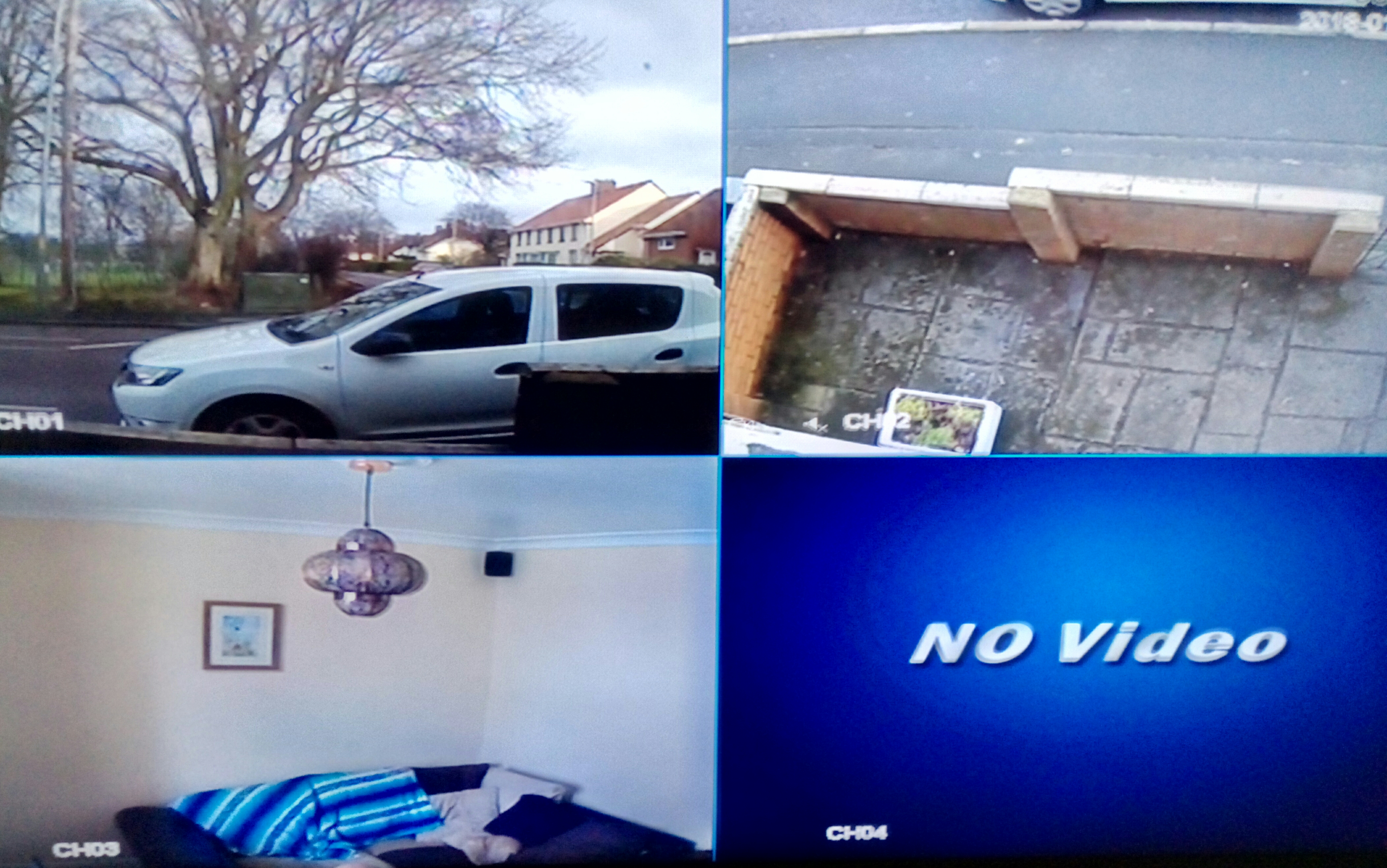 There isn’t a problem with the no video camera; I’ve not gotten around to connecting it.

I’ve come to the conclusion that I’ve compounded the problem with the damp wall. Around seven years ago, I fitted a new door, creating an air (or, rather, heat) lock between the kitchen and the back door. The door wasn’t exactly new, since I’d found it in a skip, but it’s a nice door and it resulted in a warmer kitchen during a very cold winter.

Unfortunately, a warmer kitchen resulted in a colder rear lobby. So any damp wasn’t going to dry out.

Since resuming work on the damp wall, with the new/old door remaining open, the wall’s now a lot drier. More frequent use of the kitchen stove of late has surely helped too.

On close inspection, earlier this evening, I realised just how bad the dampness had been. 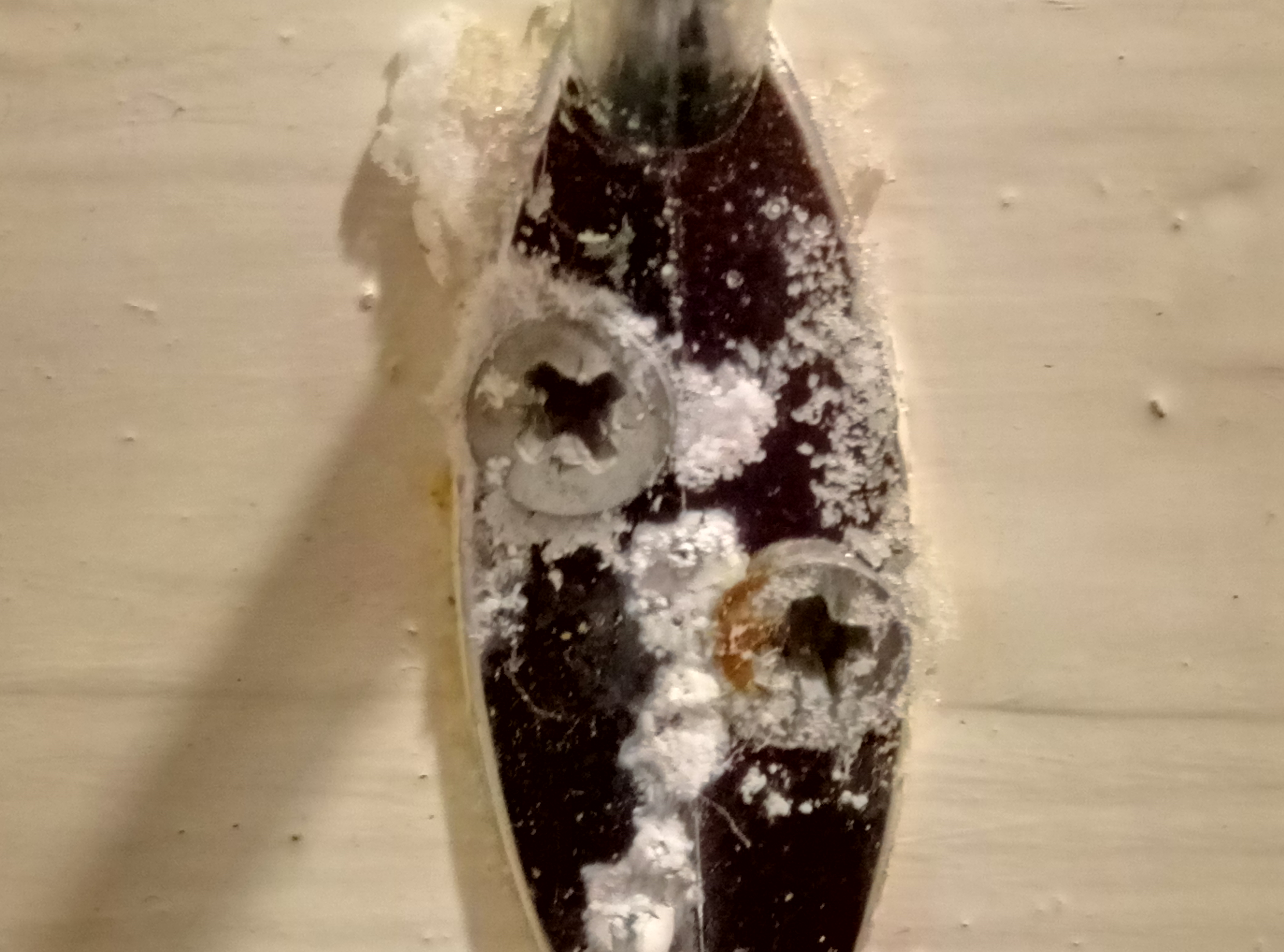 Salt crystals. Blue ones too. 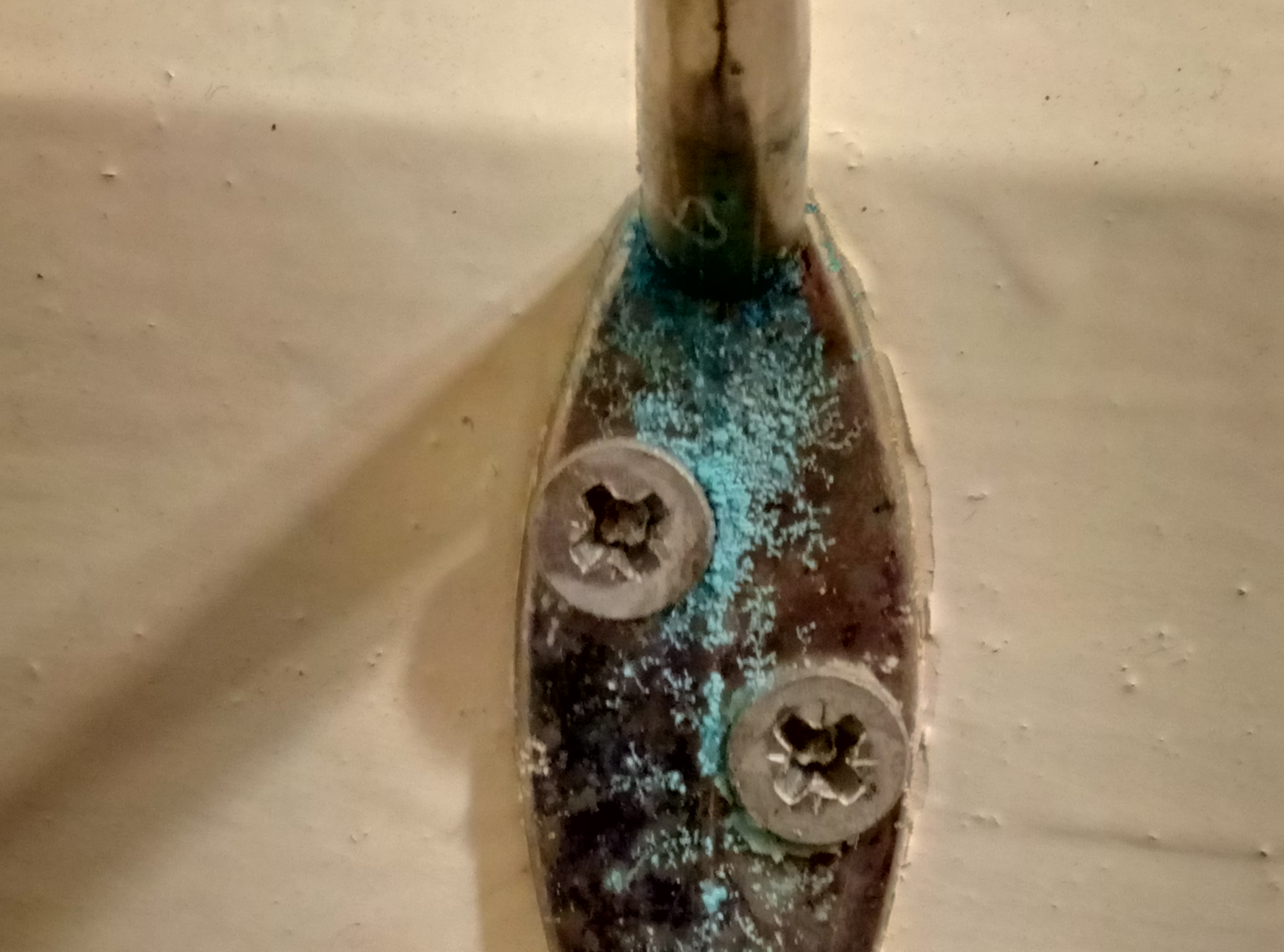 The first coat of liquid membrane has been applied. It’ll be a shame to plaster over it; it’d look nice painted. 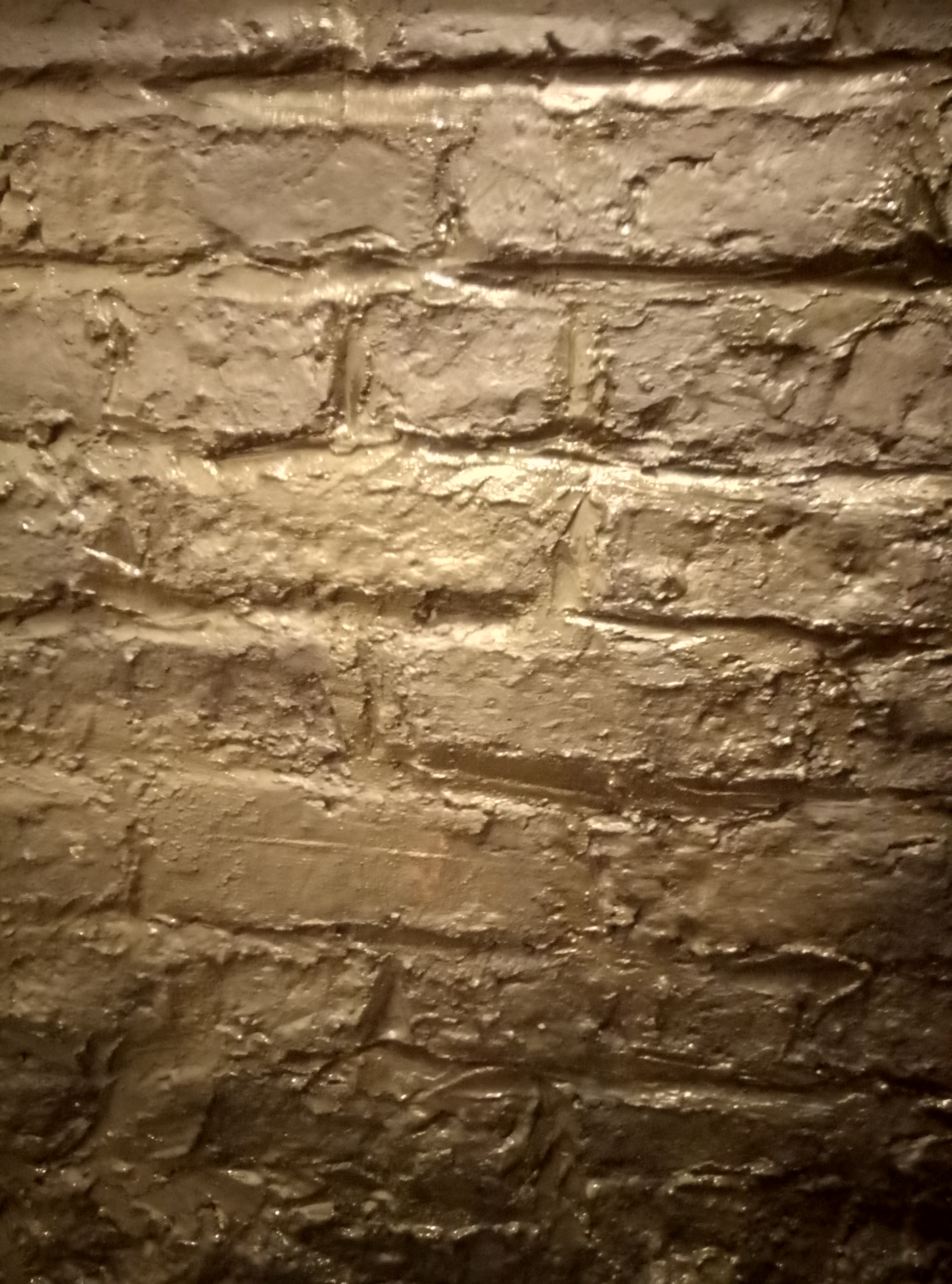 One of the problems associated with living in a house built in (roughly) the 1830s is the lack of foundations. I may have mentioned this previously.

Last year, I found that the wall by the back door suffered from damp. Badly so. I removed the plaster from the wall and, since I’ve a fondness for exposed brick, I briefly considered leaving it so. However, it seemed that a previous occupant had also detected dampness. Early last century, I’d guess. I say that because the solution was to apply a cement-like substance as a barrier. Some of the cement coating came off with the plaster, but a large patch wouldn’t budge. Despite aggressive chiselling.

So, I put off doing anything with the wall because I wasn’t sure what to do with it. After a year of occasional deliberation, I decided on the only real option. To coat the wall and re-plaster.

Today, I took the first step and pointed the wall. 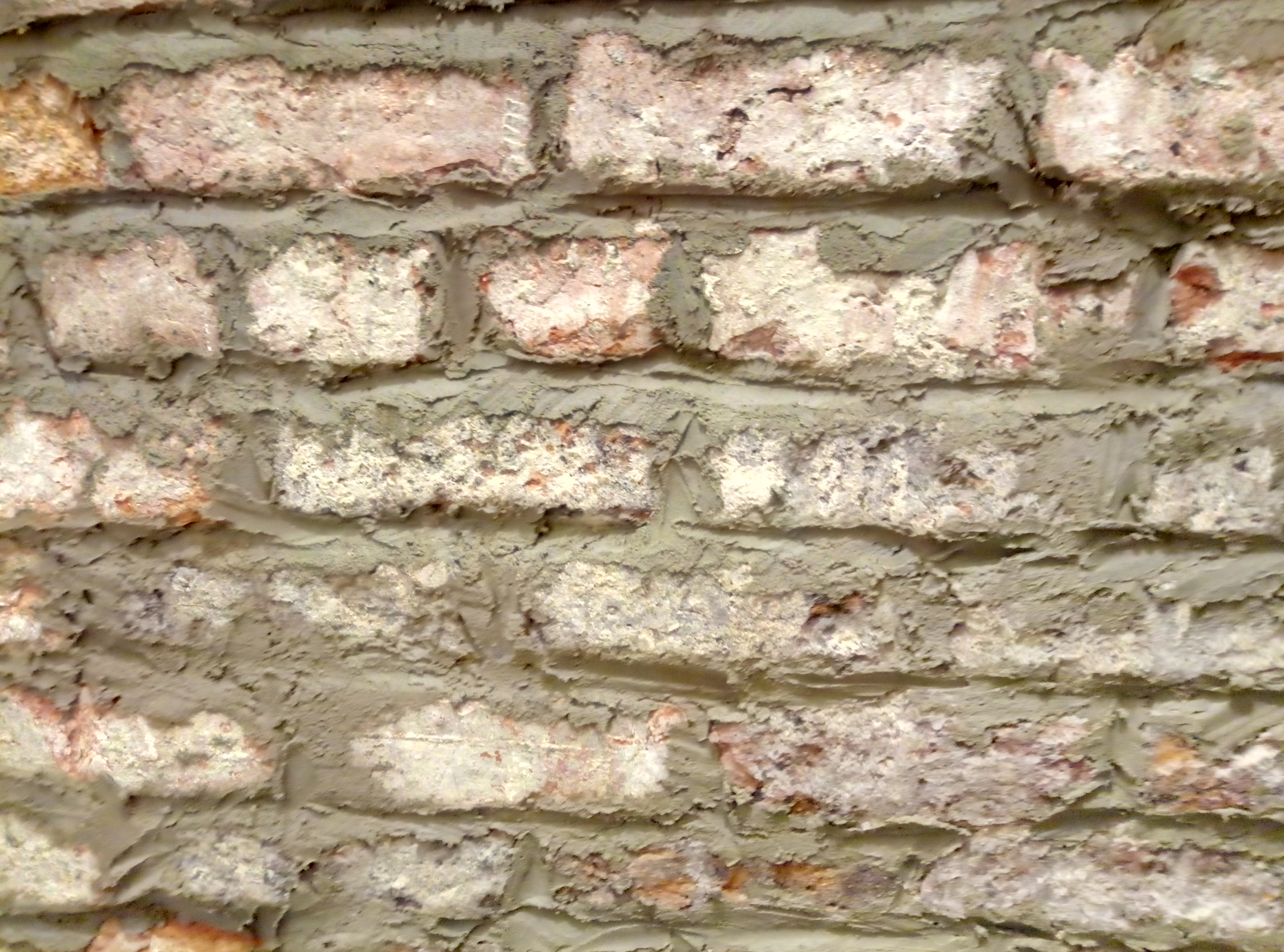 It’s rough, but it’s going to be covered, so I don’t need to tidy it up. 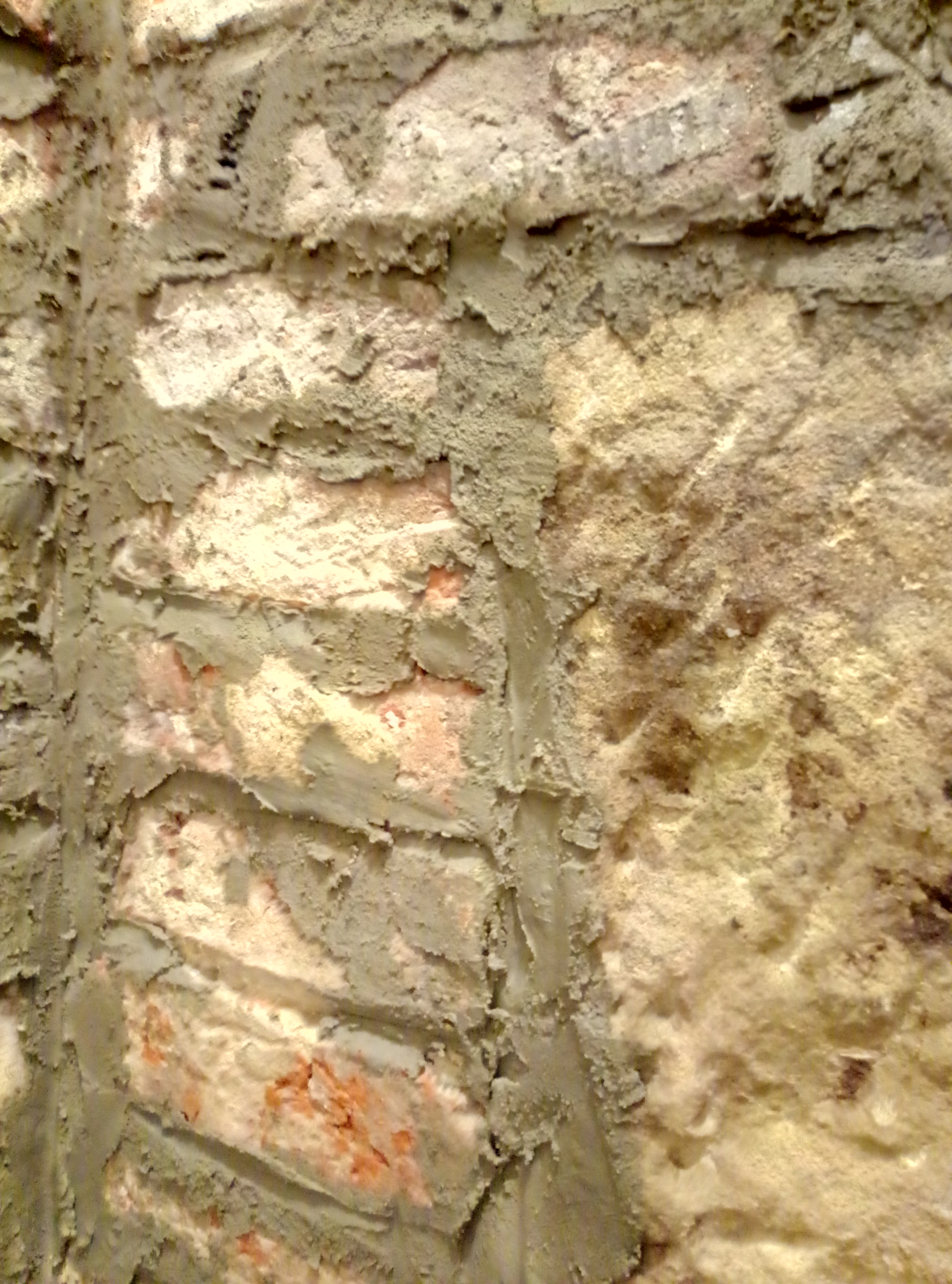 The big lump of stone on the right is the side of the fireplace. I’d have liked to clean it up and leave it exposed, but it’s just not practical.

With some knotty and twisted, uncuttable lumbs of wood accumulated, the kitchen stove has seen a lot of use today (they’re too big for the small stove in the front room). 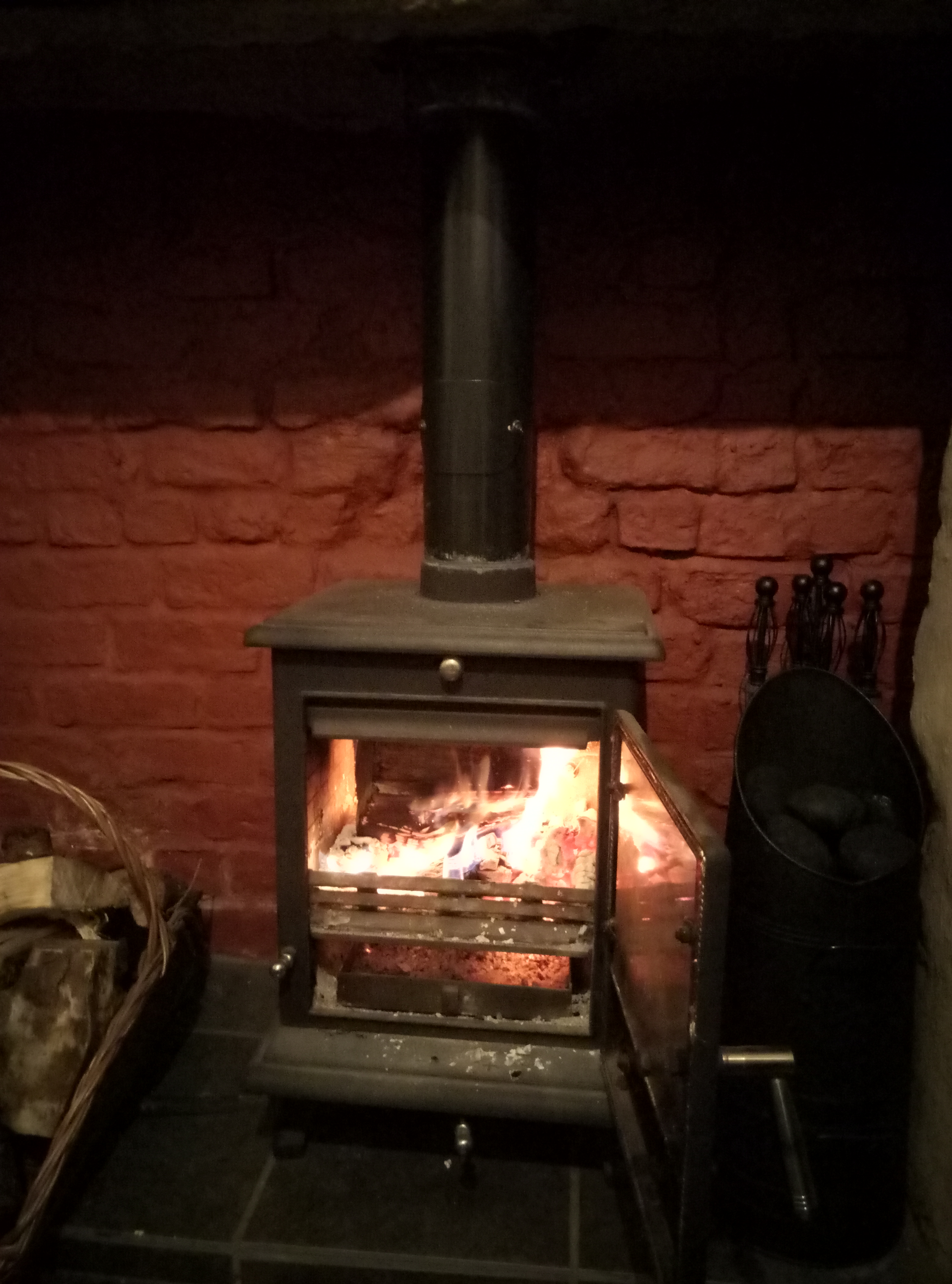