A very nice man died this morning. Long before his time.

While I’m very happy with my crowdfunded GPD Pocket, I do still read the comments from fellow backers on Indigogo.

Every now and then, someone will leave a tip about a decent accessory, a case, power supply, or usb stick. There’s also the occasional piece of advice about O/S downloads.

I also enjoy GPD’s responses. For examply, when asked about the non-delivery of a replacement hall sensor, the response was as follows. 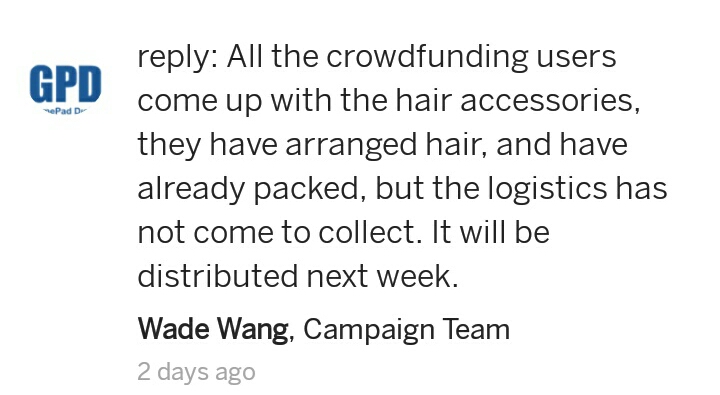 At least, I think that’s what it was about. Delivery in general is also a common cause for contact; recipients in Japan and Russia, in particular, seem to be experiencing delay. One backer, from Russia, recieved this reply. 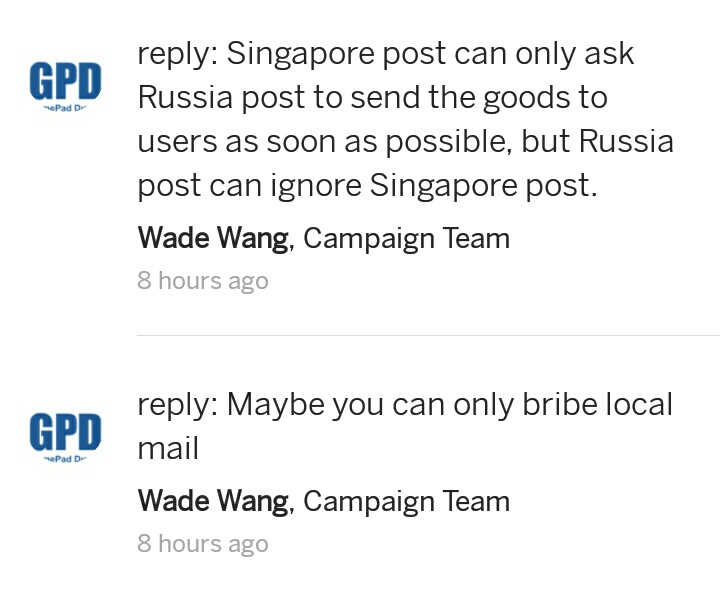 One of three old pubs in/off our street that’ closed since I moved to Gateshead, the Queens Head was, according to the planning application, to be converted into bedsits. We’d had some concerns that this could result in cut price rentals for local Lambrini drinkers (straight from the bottle, that is).

However, our fears have now been allayed. 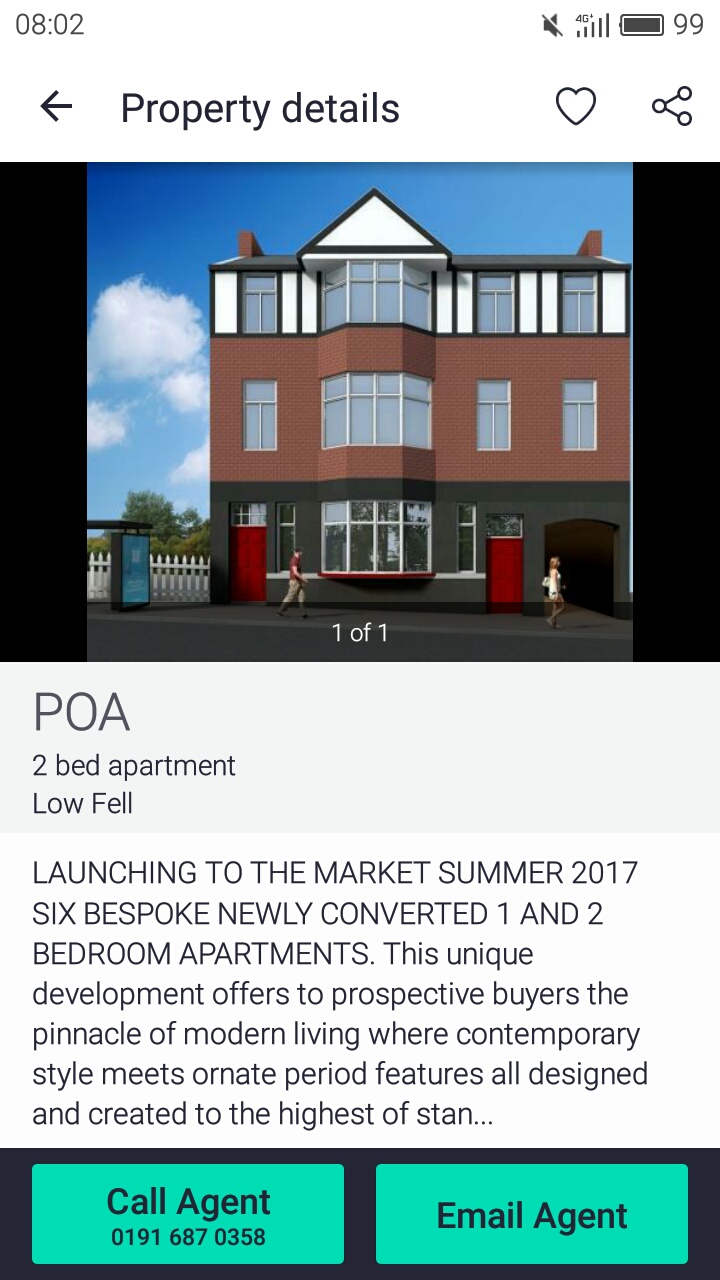 My second in comnand deemed it to be cold. 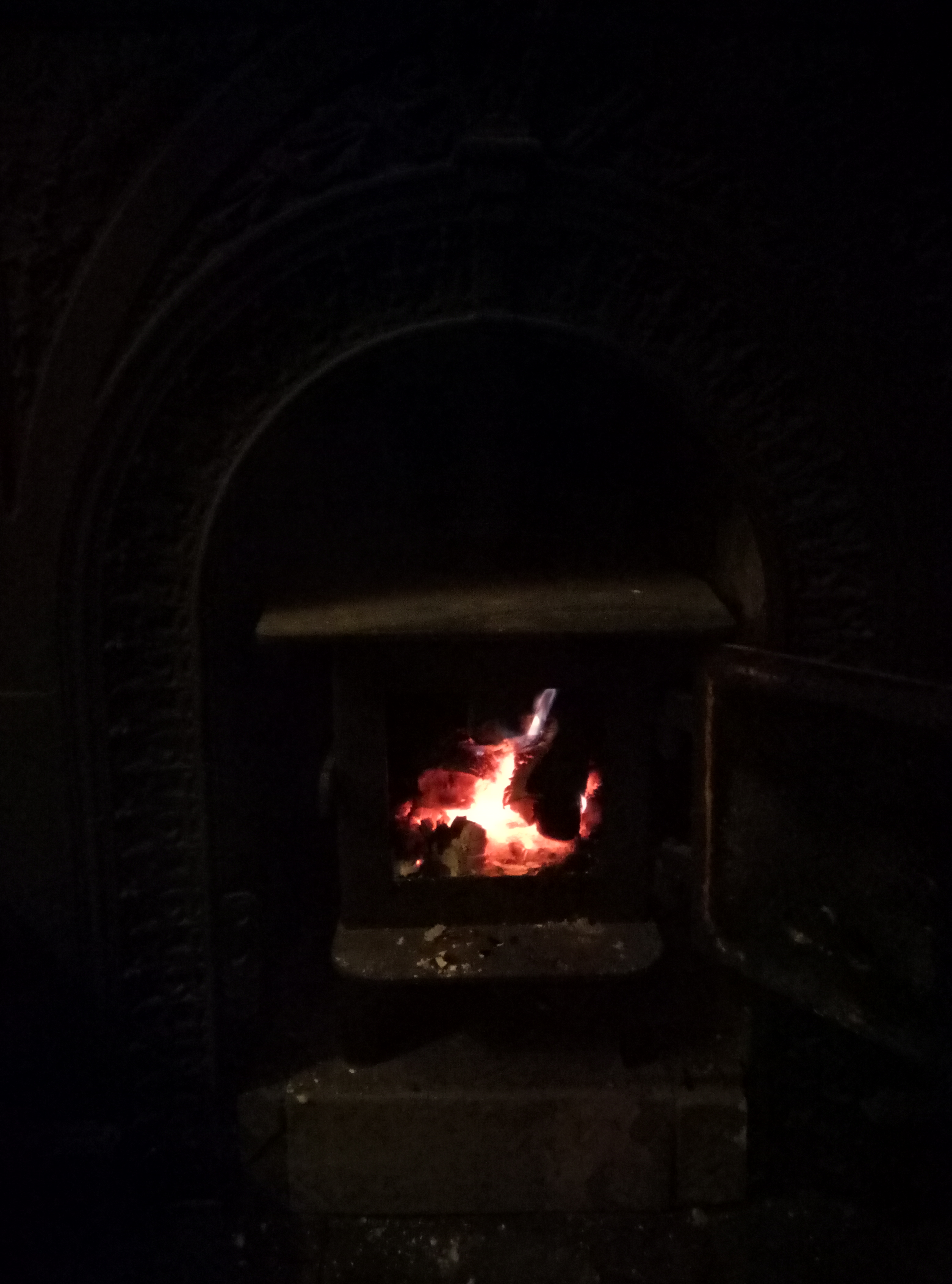 Washington village was unusually busy this evening. But, still, a good evening with fine gentlemen.

I’m feeling most unappreciated right now. In the space of less than a week, two days have been spent in the company of the most annoying person on earth.

On both occasions, I tried to spare others, absorbing most of the impact by devoting attention to his bullshit. It’s his birthday today, so yesterday was something of a celebration for him. I bought him addition drinks outside rounds, with the aim of getting him drunk quicker. But this let to him expecting me to buy more.

I had a similar plan for myself, although my motives were more associated with dulling my pain rather than bringing the evening to an early close. I began the day with Old Rosie, which seemed to help at first. I was able to agree with the rubbish he came out with, while not actually listening to of it. But, later, I found that I was unable to get as drunk as I needed to be. I guess I’m a more natural happy drunk, as opposed to the miserable drunk I was trying to aspire to.

Sadly, my efforts went without notice. Don’t get me wrong, I don’t expect praise or gratitude. Acknowledgement would have sufficed.

While in my local public house yesterday evening, Being entertained by a group of rather good musicians, I noticed a tall man dressed in black. He sported a black fedora too, an unusual item in Gateshead. And it was his hat which caught my attention.

I’d not seen him in several years, a decade perhaps. He regularly frequented my local with his partner, usually on a Friday or Saturday. They seemed to be a really close middle-aged couple.

The last time I saw them (her), around eight or nine years ago, she spoke about the new car she’d bought him. The one he disappeared in. Along with the contents of her bank account.

One probably shouldn’t trust a person you’ve met ‘on’ the internet.

From the Pyramid stage on Friday. There seem to be a lot of sceptics on social media, claiming that the crowd was there to hear music, but they weren’t there to hear many, many people saying they wanted to be there to see Jeremy Corbyn.

My second in command has a fear of sharks; not that we come across many in Gateshead.

So watching a film involving people trapped in a cage at the bottom of the sea possibly wasn’t a great idea.

And the inevitable happened. When a girl was suddenly attacked by one rather huge beast, my second in command shrieked, leaping into the air, knocking a can of beer from my hand.

Everything is wet. I am wet.