After a few hours working in the shed, and a shower to de-muck myself, I caught a bus to town. To buy a lampshade.

Feeling somewhat stressed after my shopping experience, I needed to find somewhere to rest and unwind. I’m now in the Town Mouse, where the landlorn embarrassingly greeted me by name. Still, I have a nice pint of Almasty pilsner.

If you’ve not yet tried it, the Town Mouse is a great little bar (micropub), with a most pleasant owner.

Since we live in the tiniest house in the world, we have a rule regarding furniture. It’s quite simple; if something is introduced to the house, an item of a similar size must leave.

A couple of years ago, we discovered a second hand furniture shop in Ouseburn, just round the corner to the Ship Inn. It’s actually a charity venture, a sideline specialising in older furniture and oddities.

We visit every now and again, not looking for anything in particular. After all, a purchase could result in the agony associated with deciding what should leave the house. A couple of months ago, my second in command was taken with a glass and wrought iron table lamp, but indecision led to our departure without it.

I also liked the lamp, although not as much as my beloved. I was unsure about its age; it appeared to be hand blown and had something of a late 60s/early 70s Eastern look about it. Someone had rewired it, but the original (only partially intact) fitting was still in place.

The lamp was still there on Saturday, so it returned home with us. I began to doubt my estimate of its age since, on closer inspection, the fitting was made from an old, dark brown, hard plastic. It wasn’t bakelite, or I don’t think it was, but it appeared to be pre-60s.

I’ve replaced the partially incomplete fitting, but could only find a white fitting in the slightly non-standard size. I shall continue to look for a black one though, since white does look a little out of place. 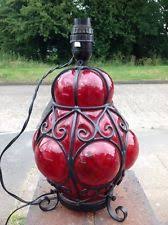 It’s not a great picture, but you can see that the cord is fabric covered, so it could be as old as the 20s or 30s. Our new acquisition is actually a lot more ornate (and nicer) than this one, but the design/construction is identical.

We shall continue our research.

After an exhausting tent cleaning exercise, we’ve had a trip to B&Q to purchase wood, plaster, insulation and concrete blocks.

All but the latter are for the interior of our shed. The shed, which isn’t really a shed, is a twice abandoned project. Work discontinued two years ago because the plaster (covering the damp proofing) refused to dry out.

Having entered the shed a couple of weeks ago, for the first time in a year, I noticed that the plaster appeared to be dry. With some time on my hands this week, I thought it wise to resume work on my future brewery.

A stove has been ordered too, arriving later in the week. As shall our new shed. A real shed, constructed from wood, not stone.

I believe I’ve earned a rest. 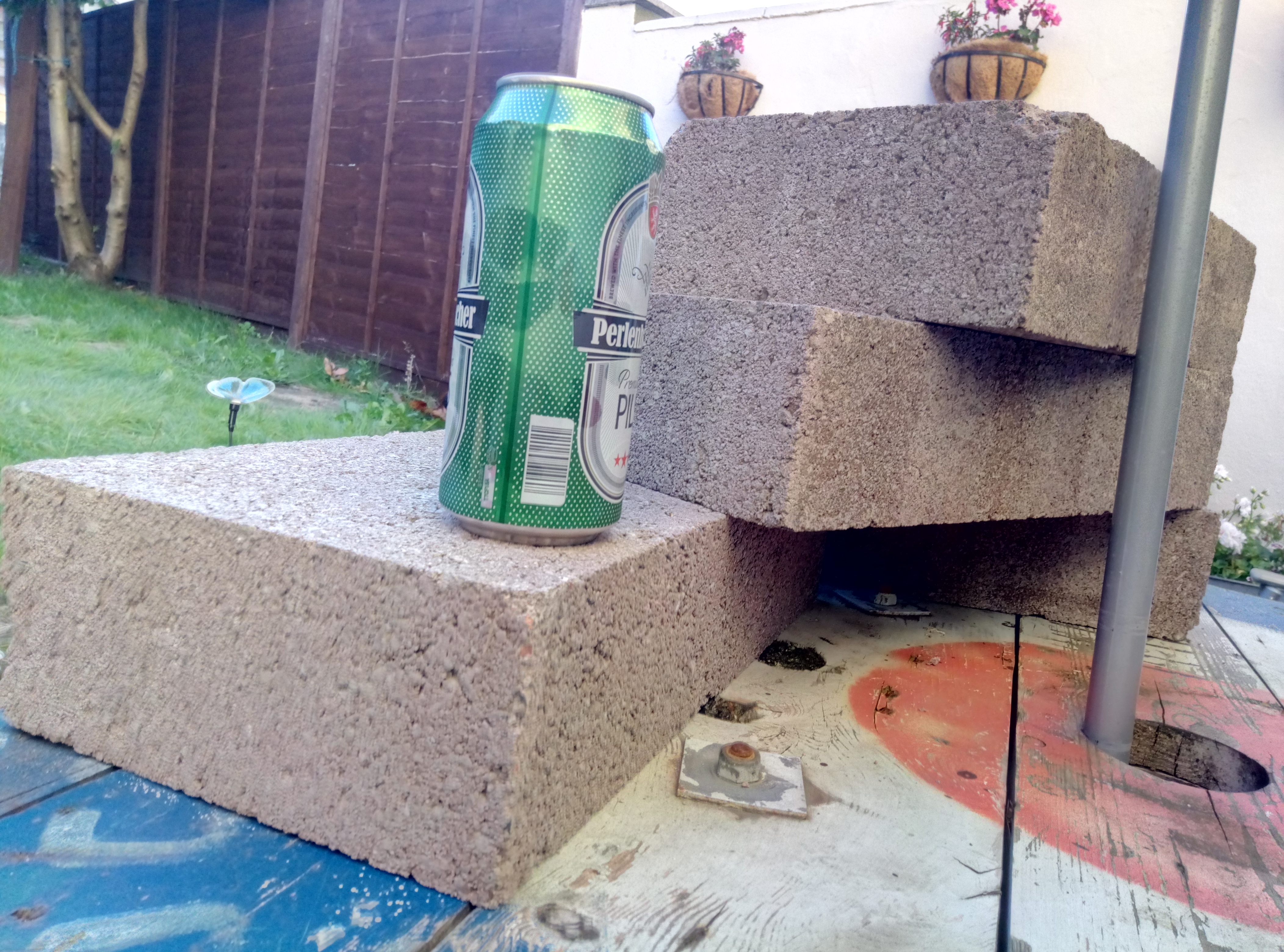 Discovered in Lidl, a must have purchase. 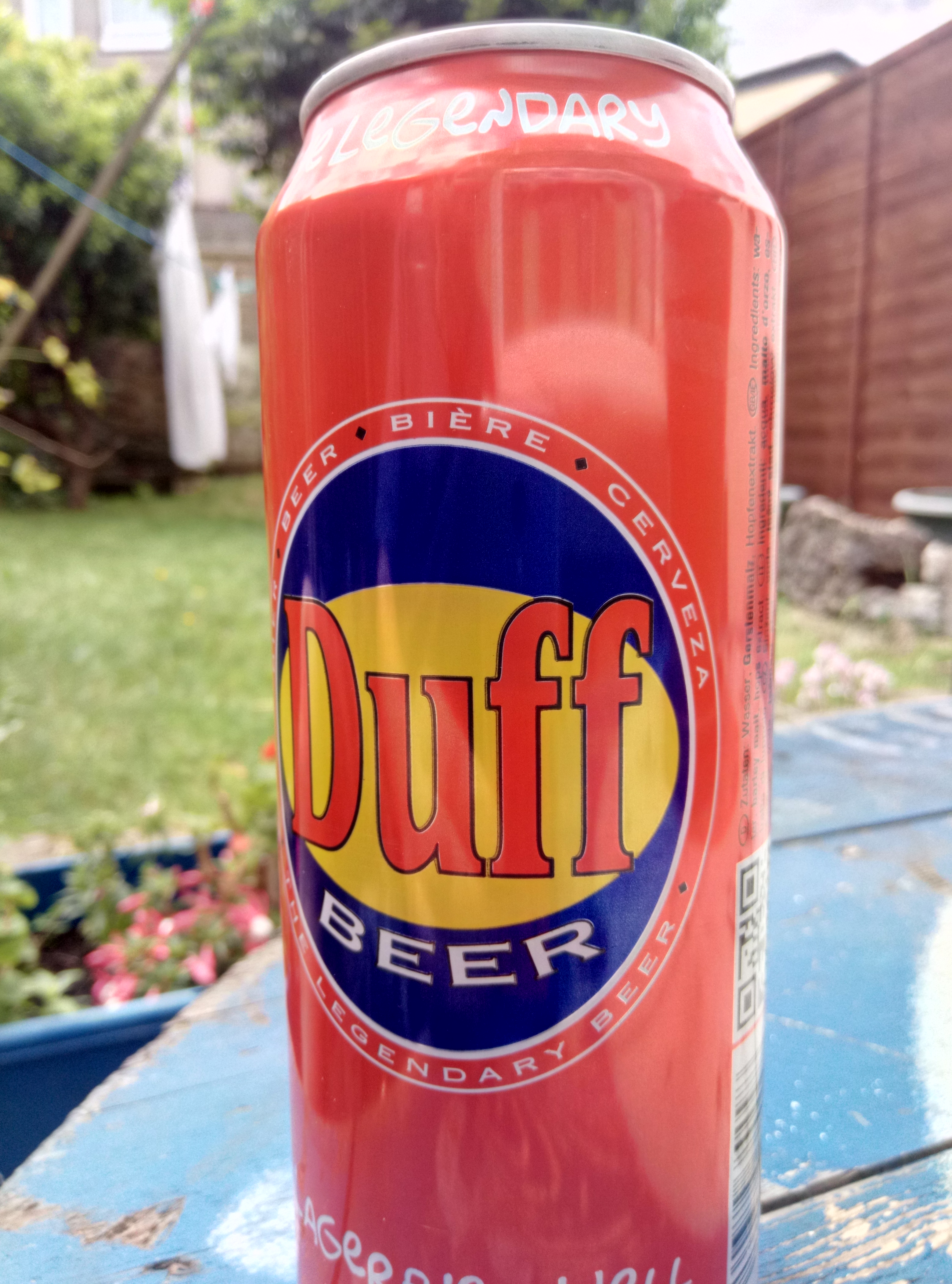 I might now be humming the Duff beer jingle.

I live in Gateshead. And Gateshead is renowned for movies. Get Carter, for example.

Unfortunately, the 90’s remake wasn’t set in this fair town. Or country.

Could you imagine Mr Stallone running around the Heed. It wouldn’t happen.

My second in command has made a rather excellent purchase; a new axe. It’s much bigger than the old one; a lot heavier too, but also much more effective. It handles the huge knotty lumps which I used to put aside for the larger stove.

This will probably be the last wood cutting session before next Autumn, though it would probably be a good idea to do such things through the Summer. 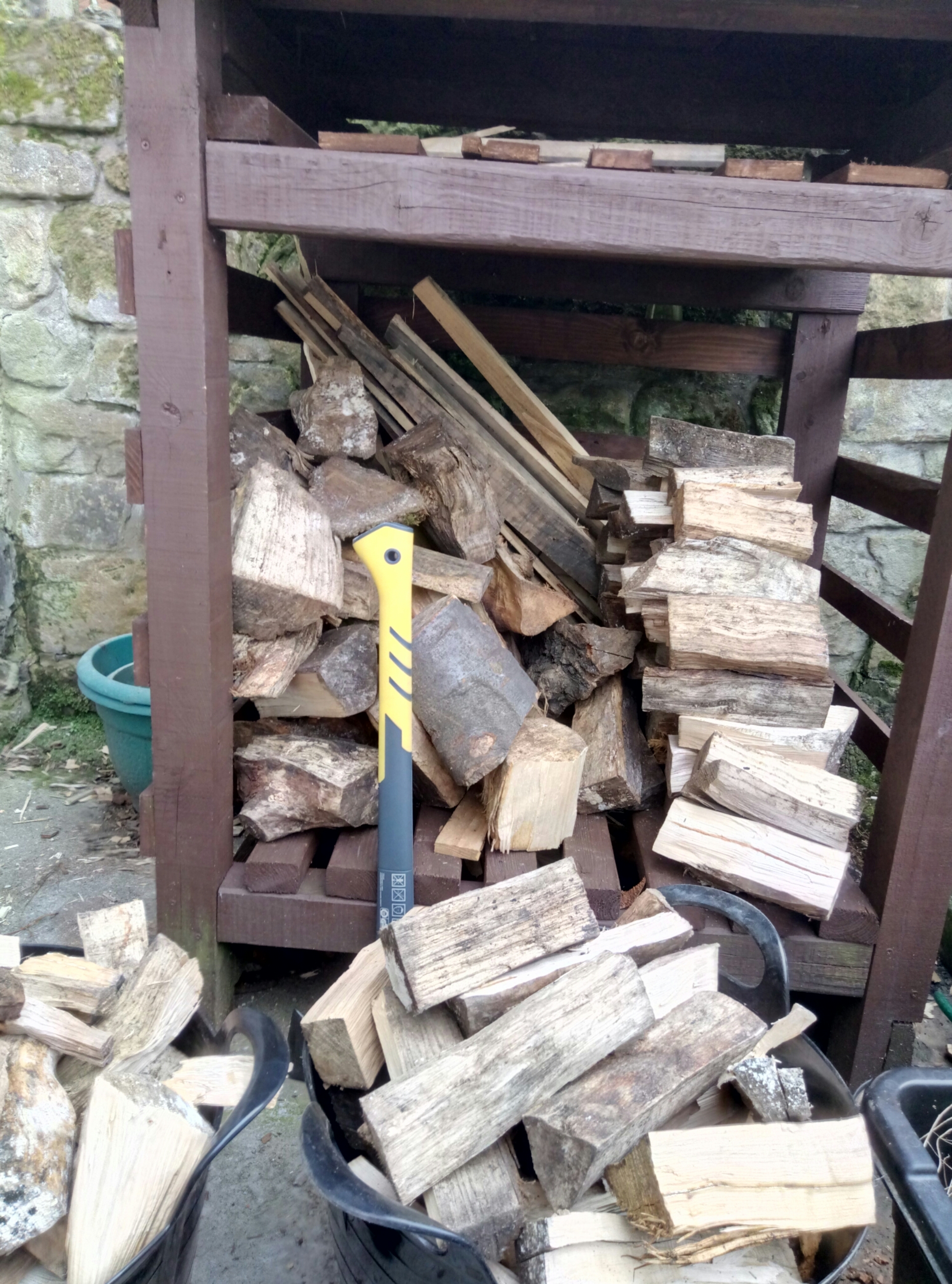 A few years ago, I used to post pictures on a photo blogging site, Moblog. I came across it after an Elbow gig at the Sage, when the band posted some pictures from the venue.

One of the cool things about the site was that you could upload pictures via MMS or email. One’s email address or phone number were used to link to an account and a post was pretty much instant. I know that doesn’t sound advanced at all, but it was at the time, before social media caught up. Eventually, MMS was dropped and WordPress became more useable, so I gradually drifted away from Moblog.

Anyway, I found that some very talented people regularly posted some pretty cool pictures. One, for example, used to upload pictures of handmade projects, mostly in silver. Her name’s Beth Dawson and she still makes some pretty cool things. Her blog at the time was called bethmadethis, but you can now find her here, where she also sells handmade jewellery. It’s worth a look.

On my way home this evening, I called off at Tesco to buy beer and pants. 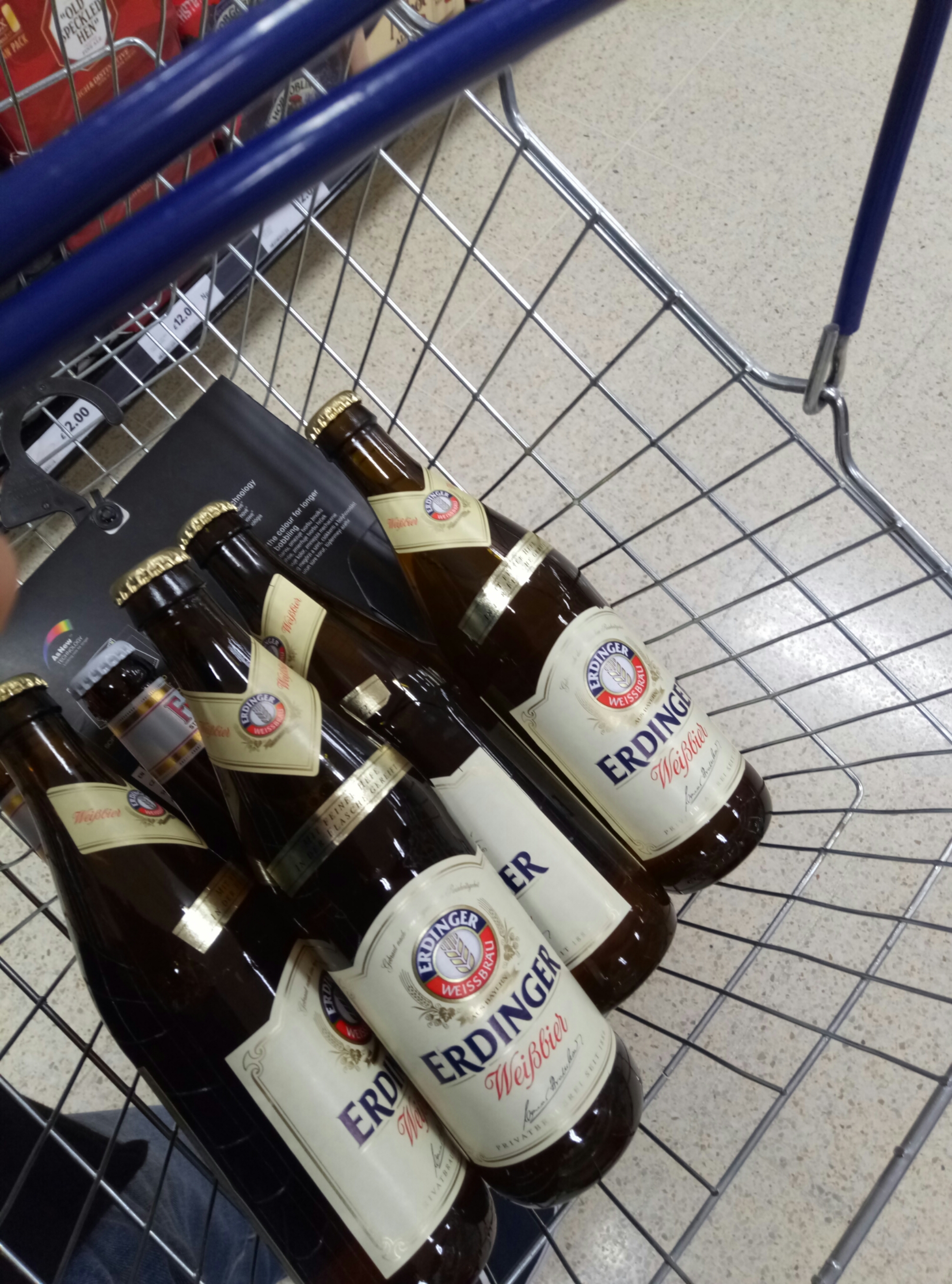 … was the name of a Blondie album. In my opinion, their best. Today, though, I bought some cardboard letters. 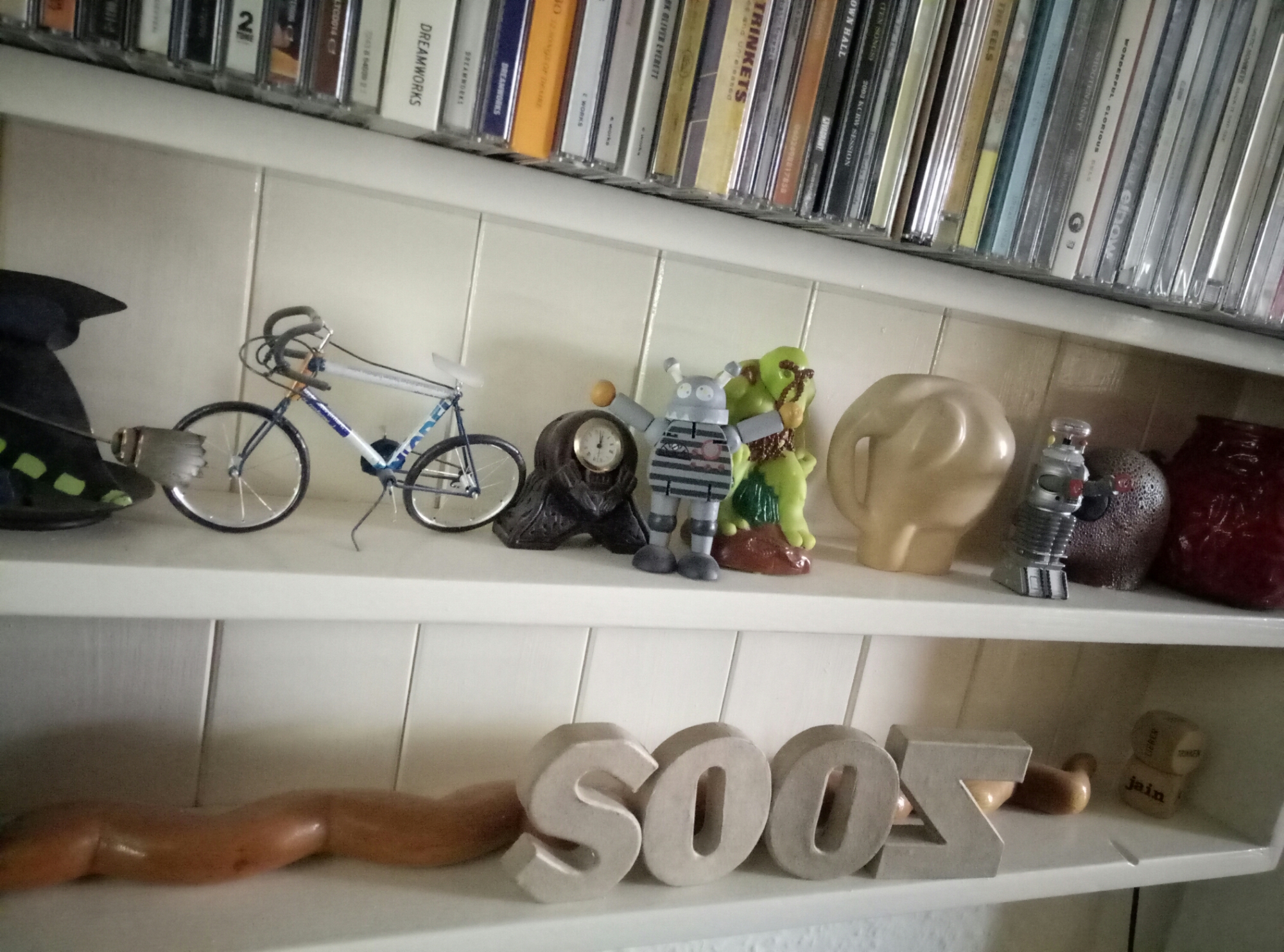 Yes, the Z is the wrong way round, but I’d taken the picture before noticing. Rest assured, it’s now correctly oriented.

After buying half of the contents of Hobbycraft, we caught a bus to town. Before returning home, we called off at the Bridge Hotel, where I found two Atom beers on draught. 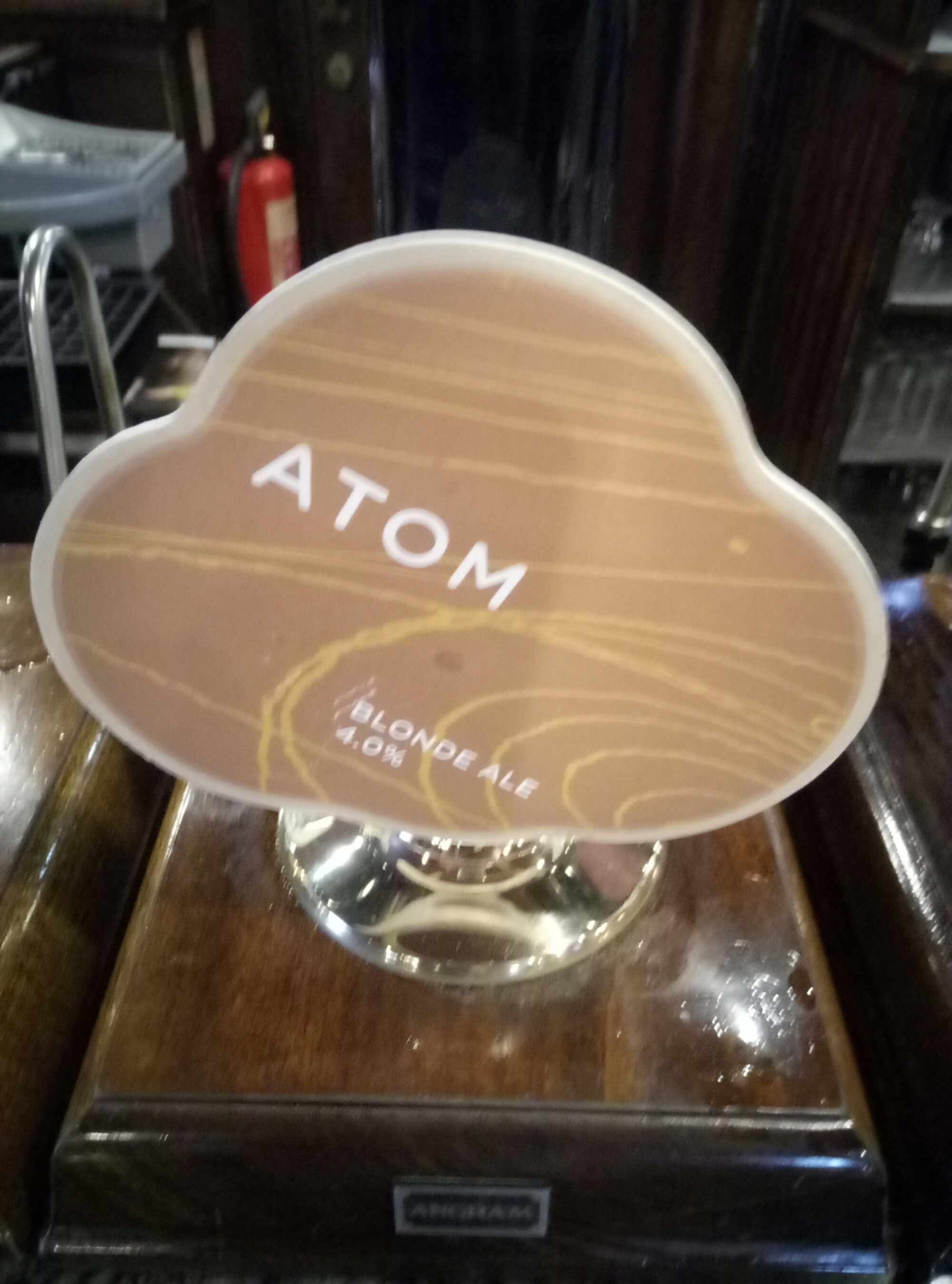 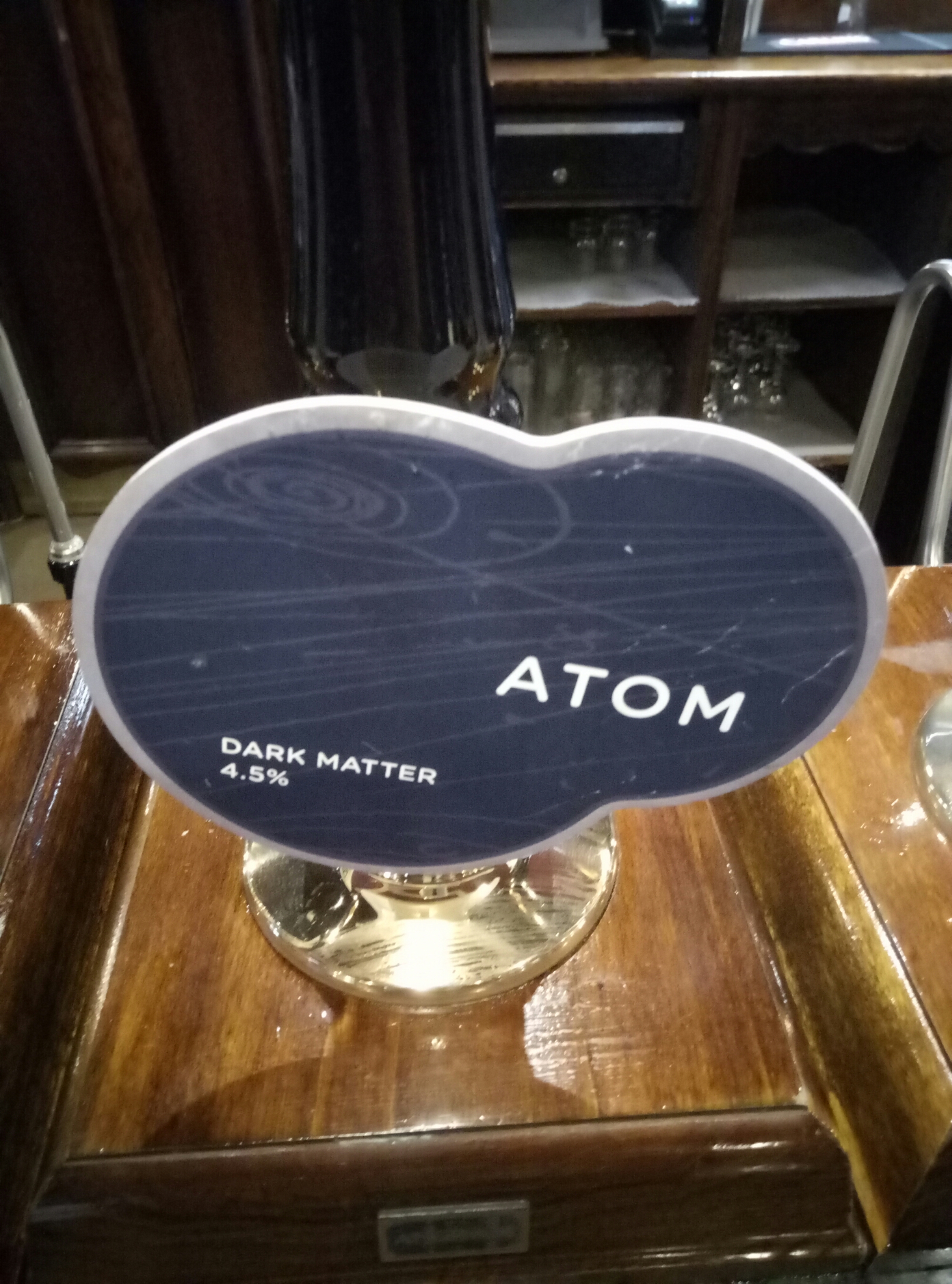 Only staying for one, this was a difficult decision. Light or dark?

Or a half pint of both. 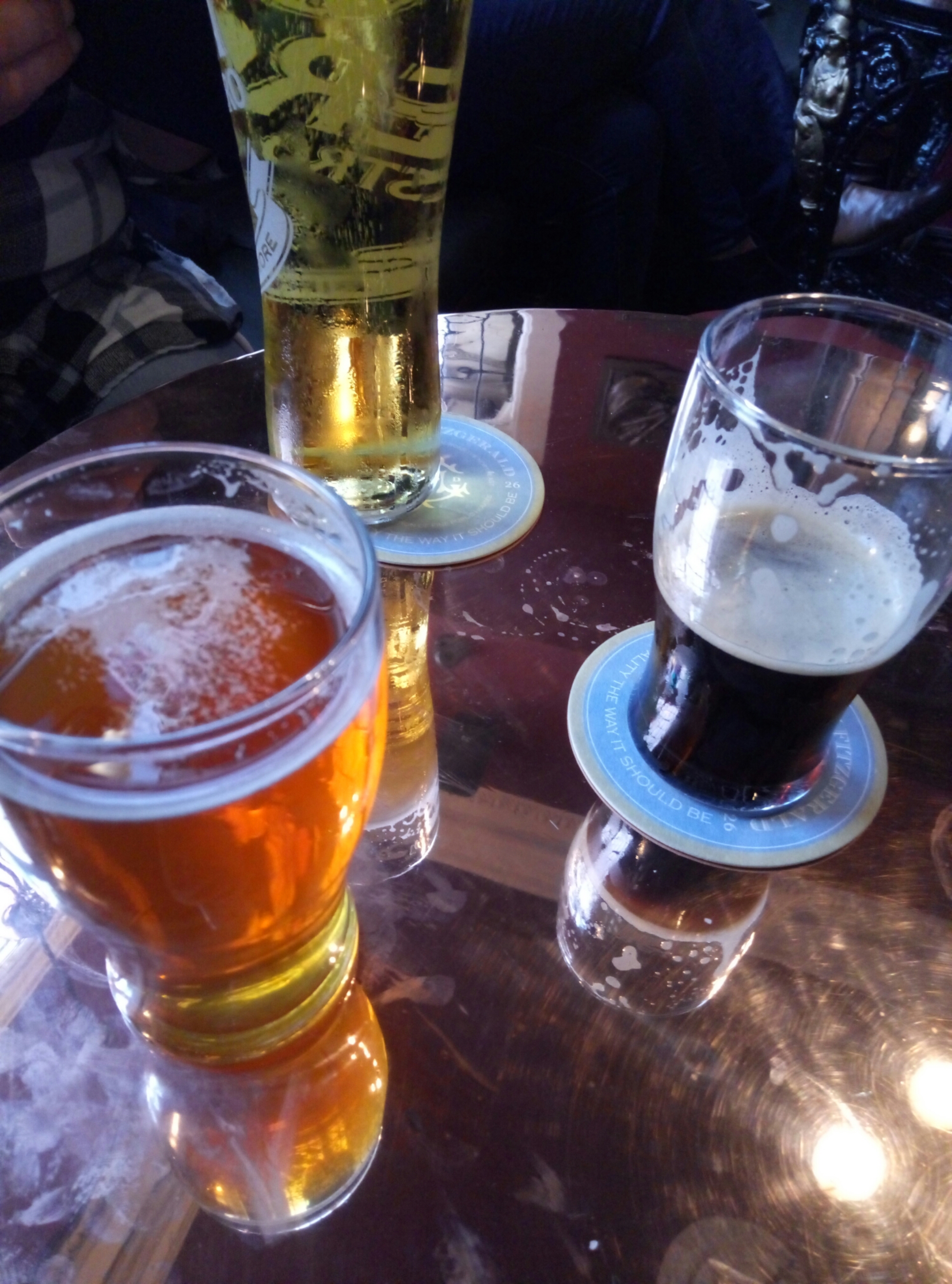 And both were very nice. We may also have had a game of skittles in the Split Chimp while in town. 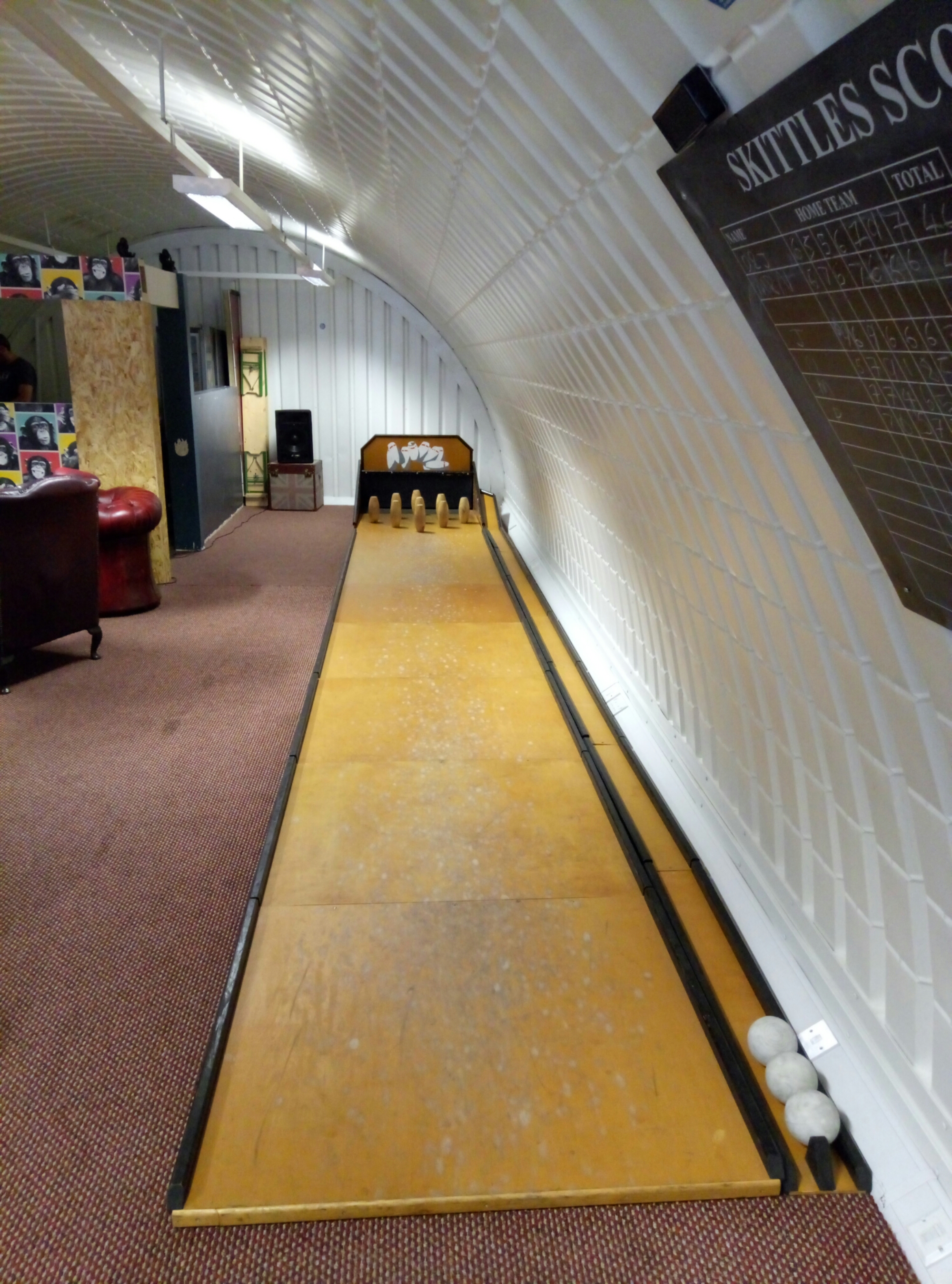 Regrettably, I was defeated by my second in command. But only because she cheated. 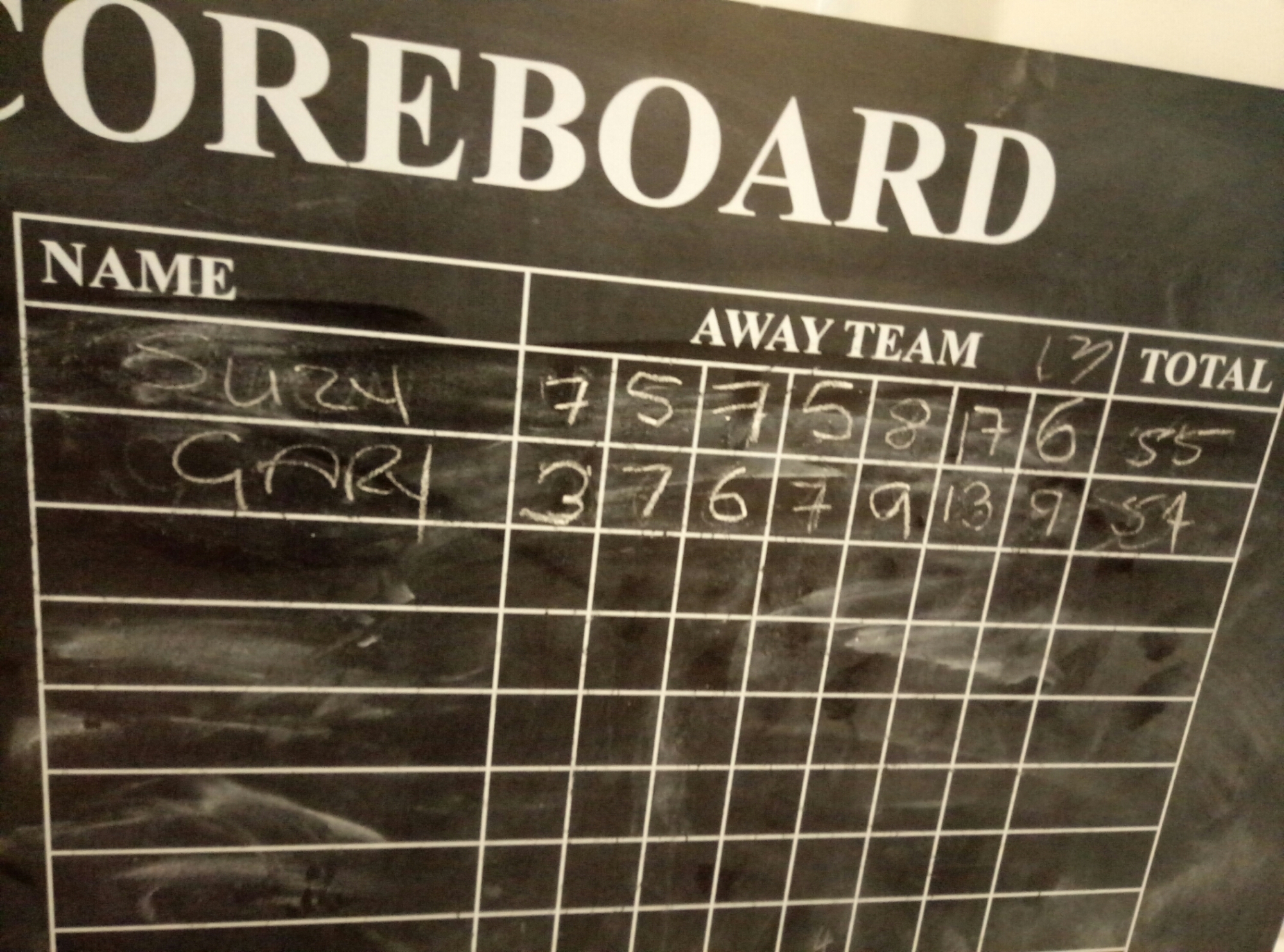 I’m sure there was a ‘1’ prefix missing from my first score.

Between the Free Trade Inn and the Cluny, there’s a scrap metal dealer. If you walk towards the Cluny, at one point the s in  scrap is obscured by a lamp post. You get the idea.

On a similar note, an unstaged picture of a Tesco carrier bag. 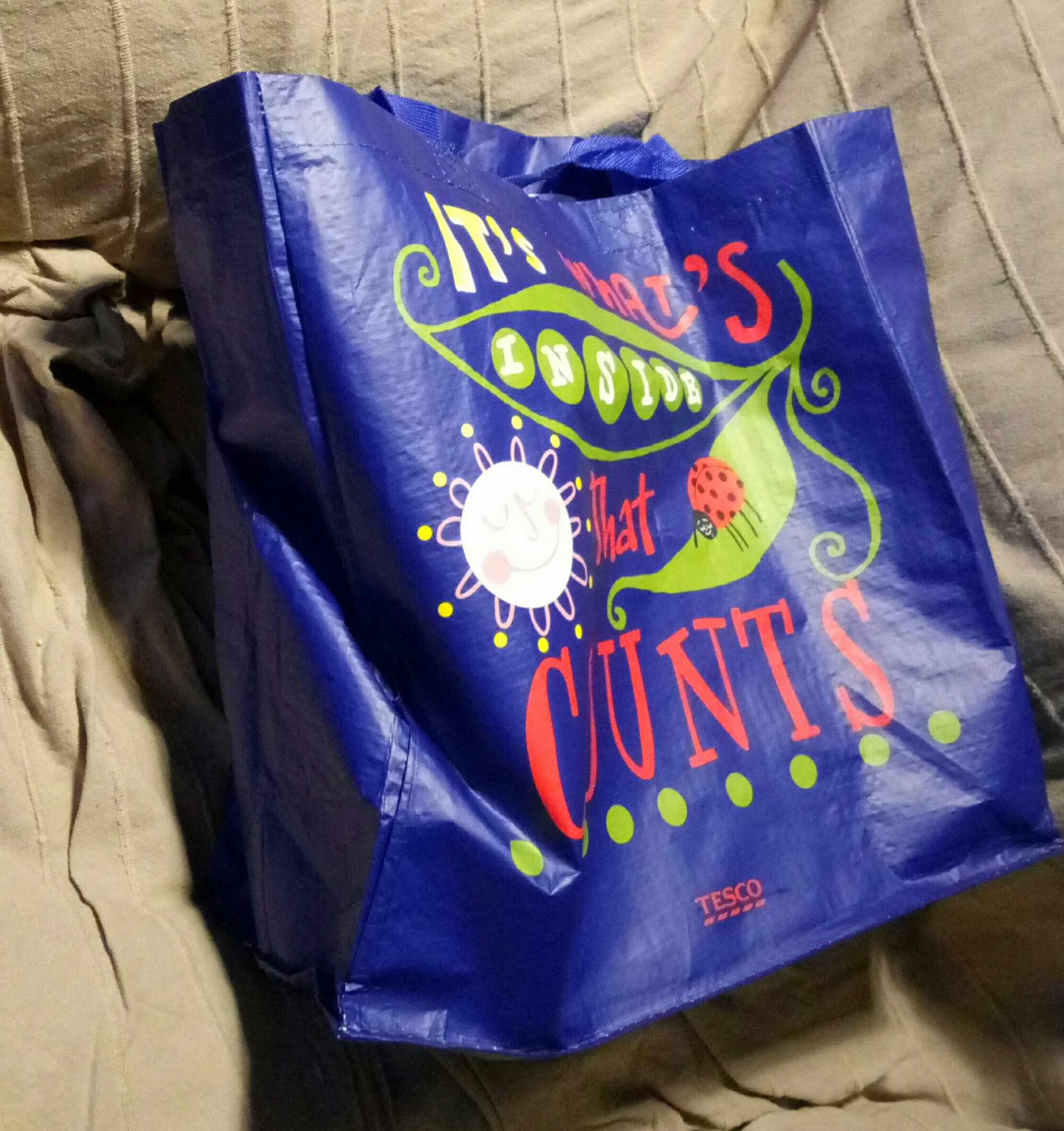