I’ve written on more than occasion about my old Nabaztag (actually a Nabaztag:Tag), from its purchase a lot of years ago, its original (very temporary as it turned out) resurrectionaround a decade ago, its more recent resurrection a few years, running from a Raspberry Pi (which ended when the Pi died when its charger exploded.

I may also have mentioned, last year, buying-in to a French crowdfunding exercise.

The kit (TagTagTag) arrived a few weeks ago, but I’d no spare time in which to attempt the (brutal) upgrade. Until a virus left me unable to do much other than dismantle an electronic rabbit (one of the earliest Internet of Things connected devices – pretty much an Amazon Echo forerunner, with ears).

Anyway, the main board (blue) had to be replaced with the new, purpose built board (green) and a Raspberry Pi Zero.

While some of the instructions were in English, some were only available in French. Still, there were lots of pictures, which was really helpful.

Initial boot-up and connection to Wi-Fi seemed to go OK.

And then I hit the first problem. The setup URL didn’t work, so I had to resort to the Router to obtain the rabbit’s IP address.

Which I was able to use to manage the settings. In line with the settings, the rabbit is now in sleep mode.

However, there are two outstanding problems: firstly, LEDs flash when the rabbit isn’t doing anything. And, secondly, there appears to be no sound.

It appears I way need to check connections tomorrow. 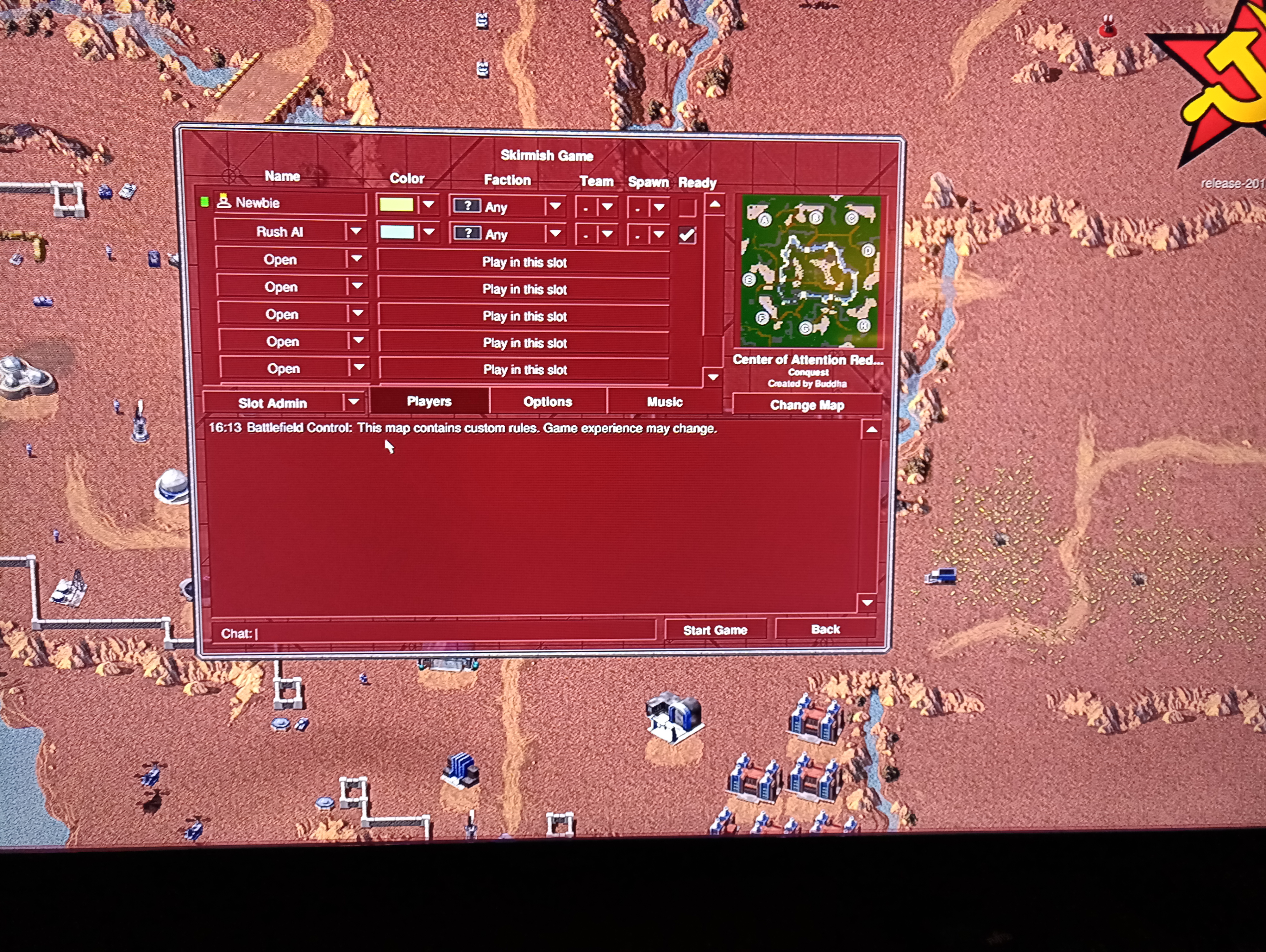 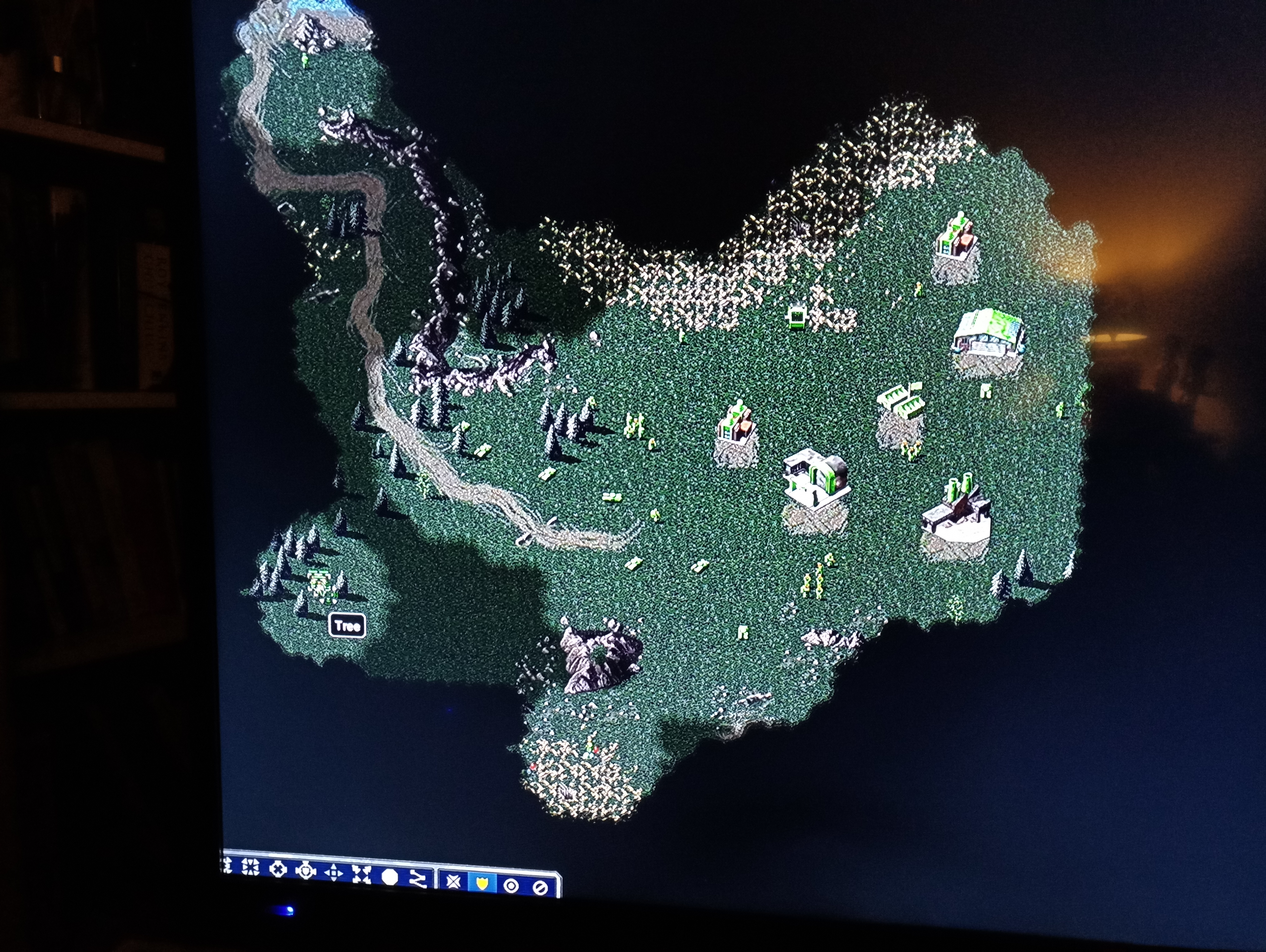 Secondly, I learned that Winamp is to be revived next year. However, a beta version is already available. I stuck with the classic skin. 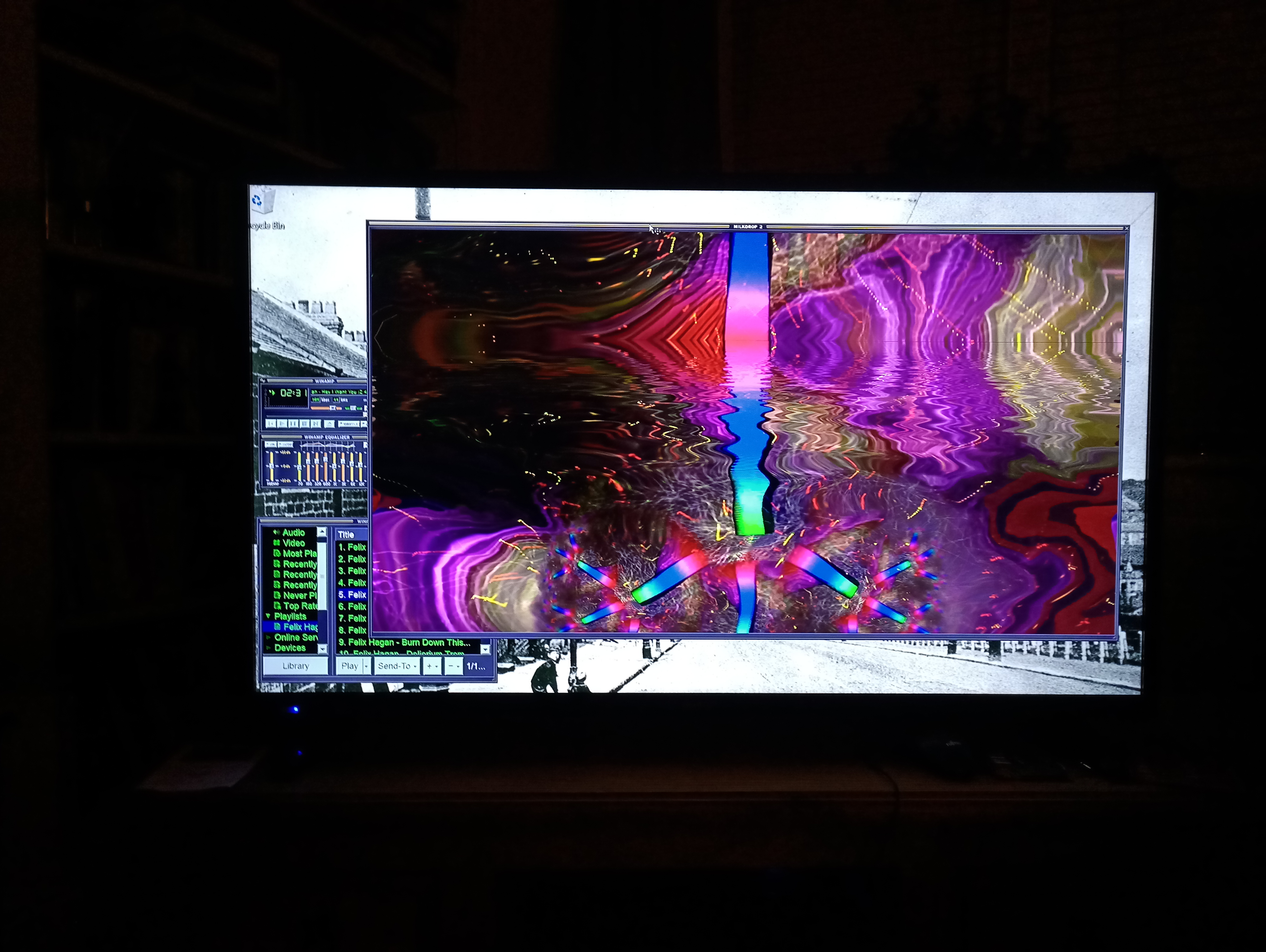 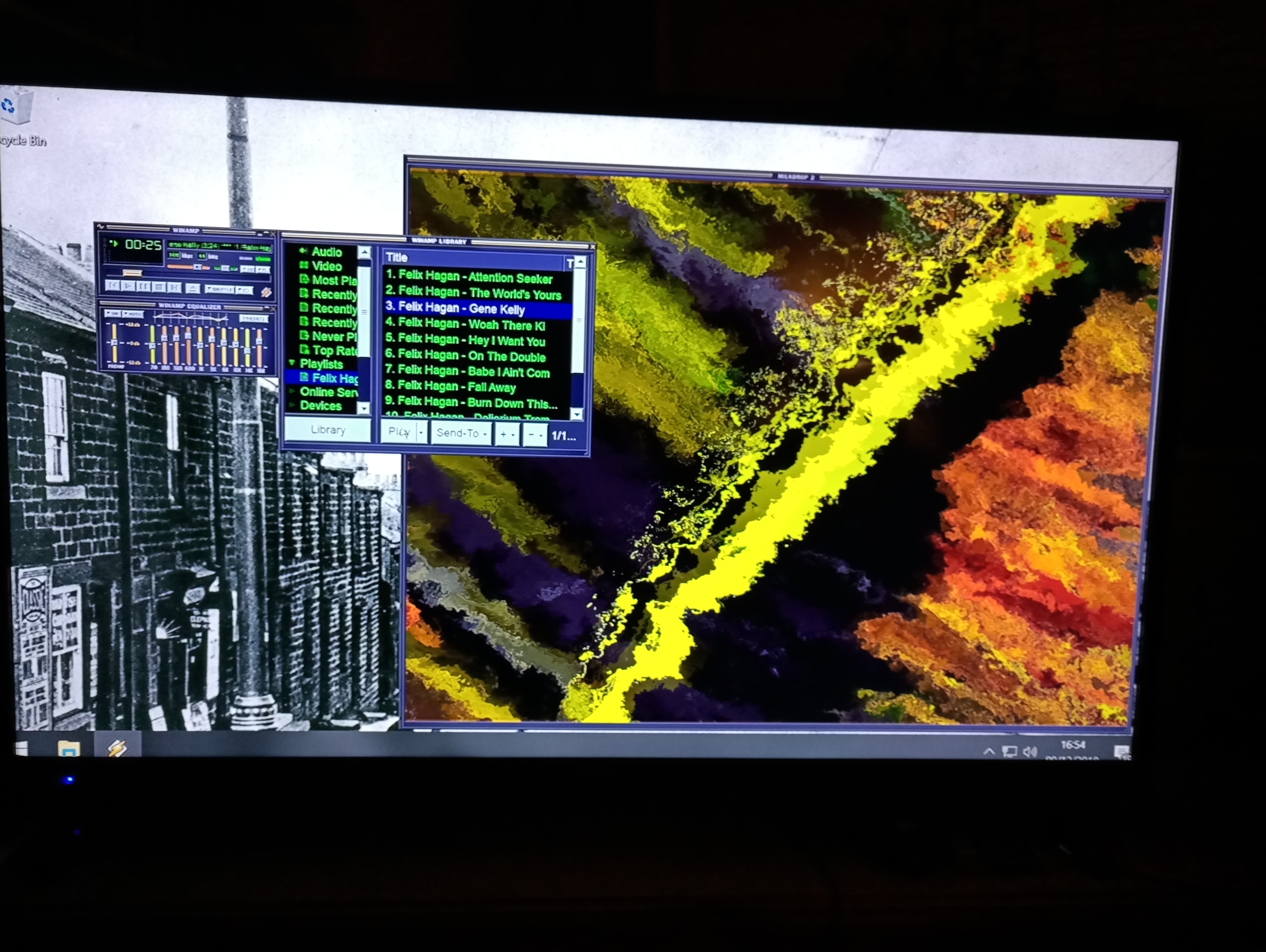 Eventually got around to putting up a holding page. 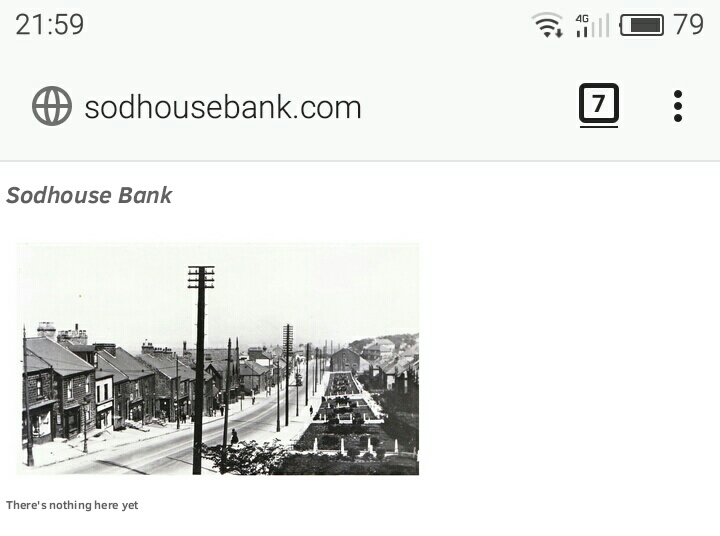 It may or may not develop further in the distant future.

While there’s still nothing there, since today has been busy, sodhousebank.com has now been activated. 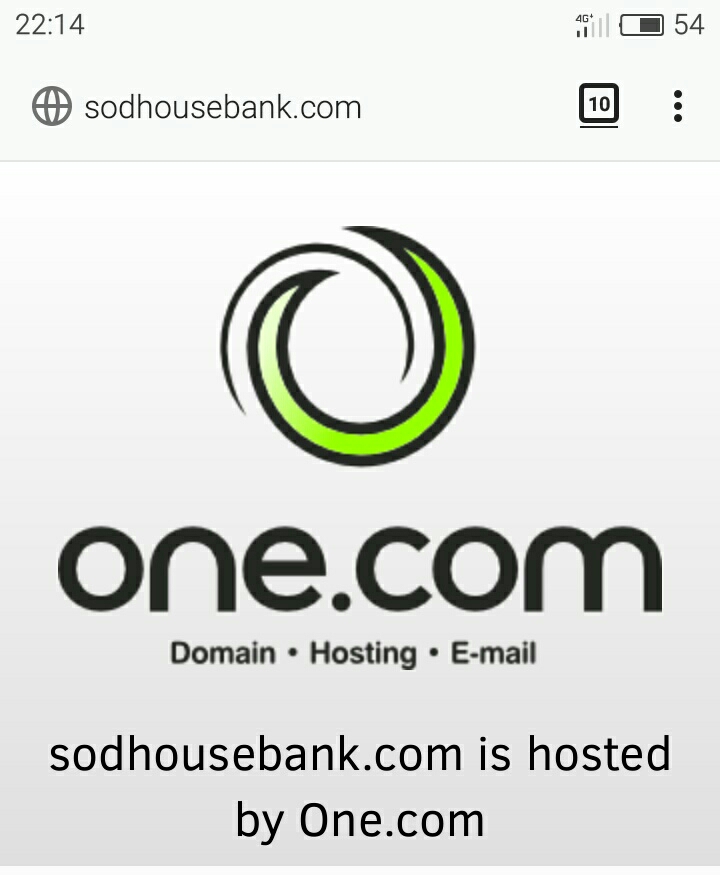 I live in what was, in the late 18th Century, described as a wild and uncultivated waste.

I’ve mentioned previously that our street was originally named Sodhouse Bank. So, a domain name sale led us to purchase www.sodhousebank.com.

I should advise against clicking the link, since there isn’t actually anything there yet.

If you’ve not stumbled across this, it’s worth a look. 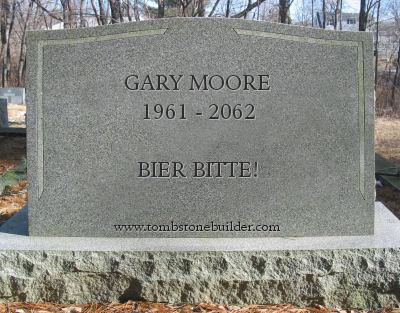 While in my local public house yesterday evening, Being entertained by a group of rather good musicians, I noticed a tall man dressed in black. He sported a black fedora too, an unusual item in Gateshead. And it was his hat which caught my attention.

I’d not seen him in several years, a decade perhaps. He regularly frequented my local with his partner, usually on a Friday or Saturday. They seemed to be a really close middle-aged couple.

The last time I saw them (her), around eight or nine years ago, she spoke about the new car she’d bought him. The one he disappeared in. Along with the contents of her bank account.

One probably shouldn’t trust a person you’ve met ‘on’ the internet.

During a post plastering soak in the bath, while listening to Radio 4, I learned of Dunbar’s theory. The theory from Robin Dunbar, an evolutionary psychologist, maintains that an individual can manage up to 150 friends.

Friends are defined as “the number of people you would not feel embarrassed about joining uninvited for a drink if you happened to bump into them in a bar”.

Dunbar’s research goes back to the population sizes of villages in England and Wales, as recorded in the Domesday Book. This transfers to the modern world of social media too. Apparently, the average number of active friends a person has on Facebook is 150. However, many have less.

Naturally, it’s not quite that simple. There are different circles of friends which vary in closeness.

I could say more, but you can have a look on the Internet if you’re interested. Or, if you can find the programme repeated on the radio, it makes good bath listening.

A few years ago, I used to post pictures on a photo blogging site, Moblog. I came across it after an Elbow gig at the Sage, when the band posted some pictures from the venue.

One of the cool things about the site was that you could upload pictures via MMS or email. One’s email address or phone number were used to link to an account and a post was pretty much instant. I know that doesn’t sound advanced at all, but it was at the time, before social media caught up. Eventually, MMS was dropped and WordPress became more useable, so I gradually drifted away from Moblog.

Anyway, I found that some very talented people regularly posted some pretty cool pictures. One, for example, used to upload pictures of handmade projects, mostly in silver. Her name’s Beth Dawson and she still makes some pretty cool things. Her blog at the time was called bethmadethis, but you can now find her here, where she also sells handmade jewellery. It’s worth a look.

While I don’t actually engage very much with social media (and, in ten years time, people may not recall such a thing), my current Twitter profile … 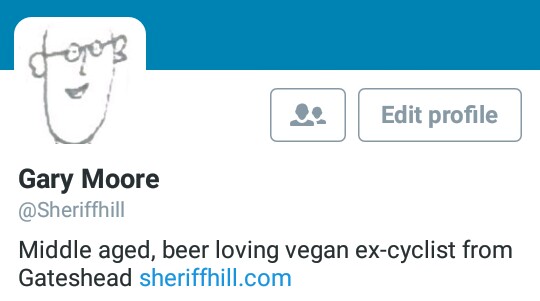