I’ve been through something of an emotional rollercoaster lately. Our little pub has committed to over 600 free (school) meals next week.

I’m so proud that we’re doing this, but so ashamed that we need to.

While watching Countryfile this morning, I was warned of distressing scenes. These came in the form of stock footage of cattle corpses being burnt in the early 2000s foot and mouth outbreak. Then, more recently, pig corpses in Belgium, following the arrival of African Swine Fever.

One wonders why most viewers would be disturbed, since death would inevitably be the end result. But, of course, slaughterhouse scenes are rarely shown on TV.

One proposed solution to the spread of African Swine Fever is genetic engineering. Currently, the approach is is to cull wild boar, to reduce the risk of the disease spreading. There’s apparently some opposition to this, but the main drive isn’t one of animal welfare, but of impact on food production.

Sometimes, just sometimes, graffiti is good. Like this example from Newcastle. 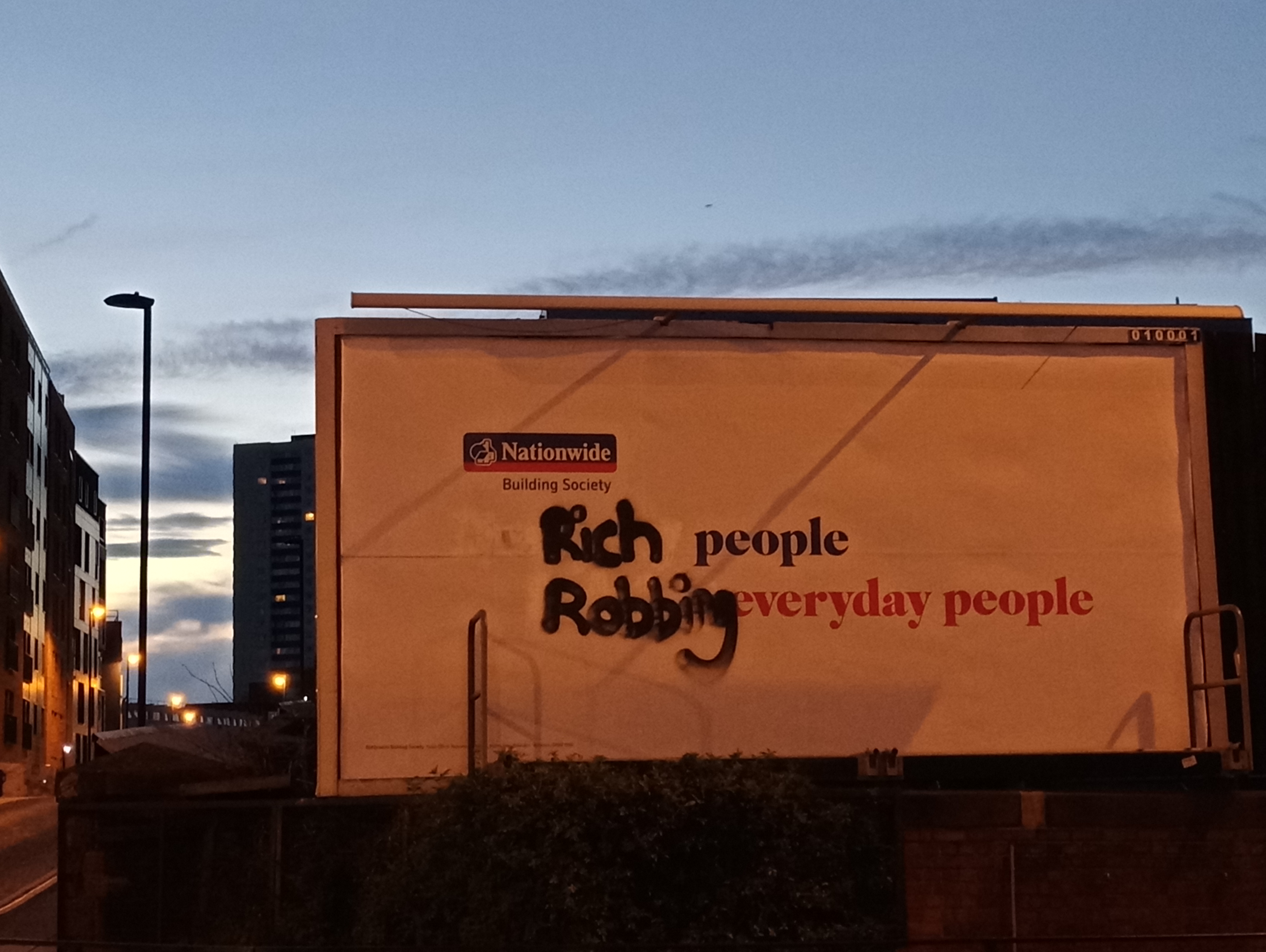 And, more appropriately from my perspective, this fine example. 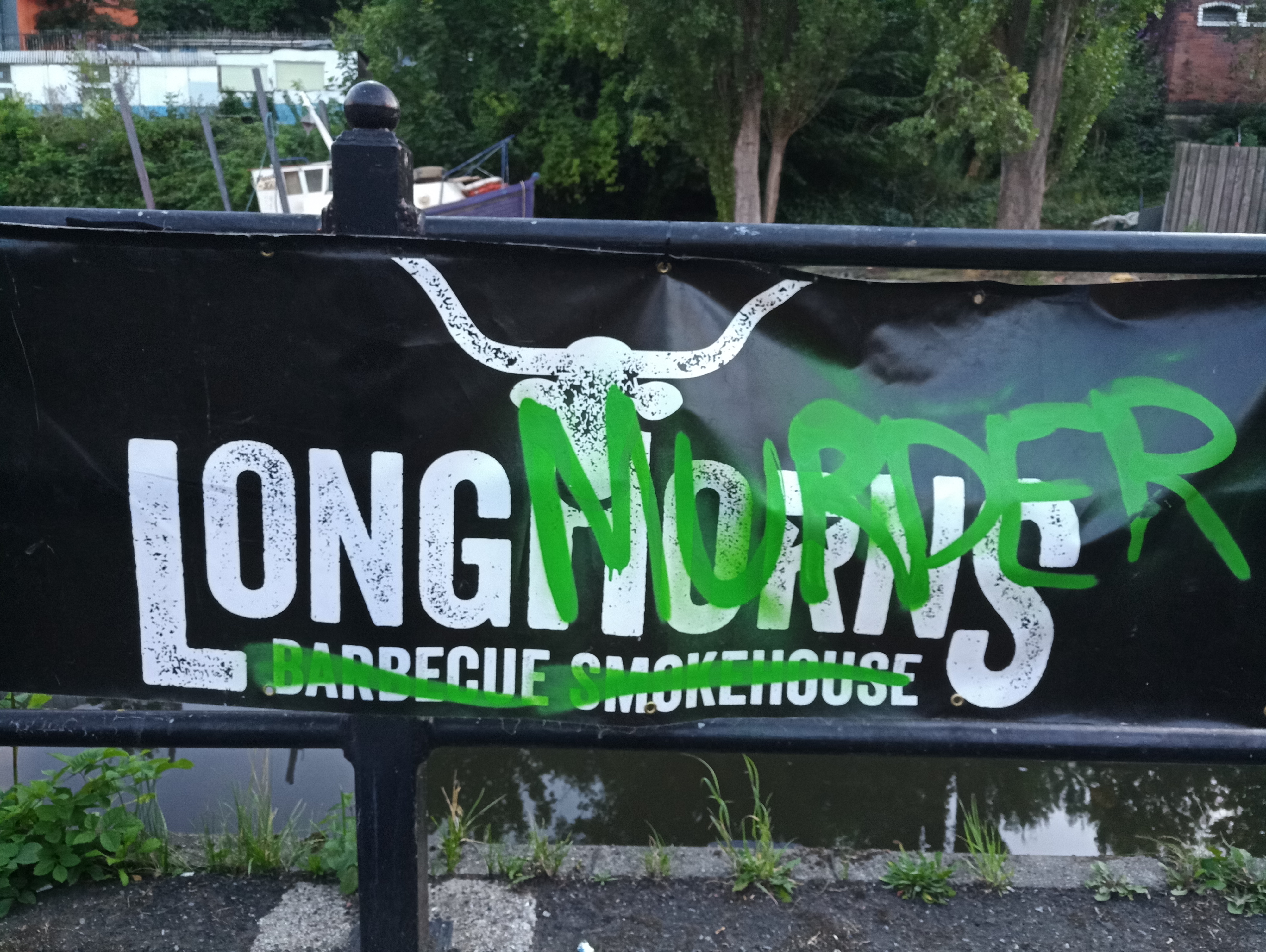 A mix up with the timing of my second in command’s course dates meant I needed to book transport home tomorrow (she now needs to stay until Wednesday, but I have work stuff that day).

So I stole a book. 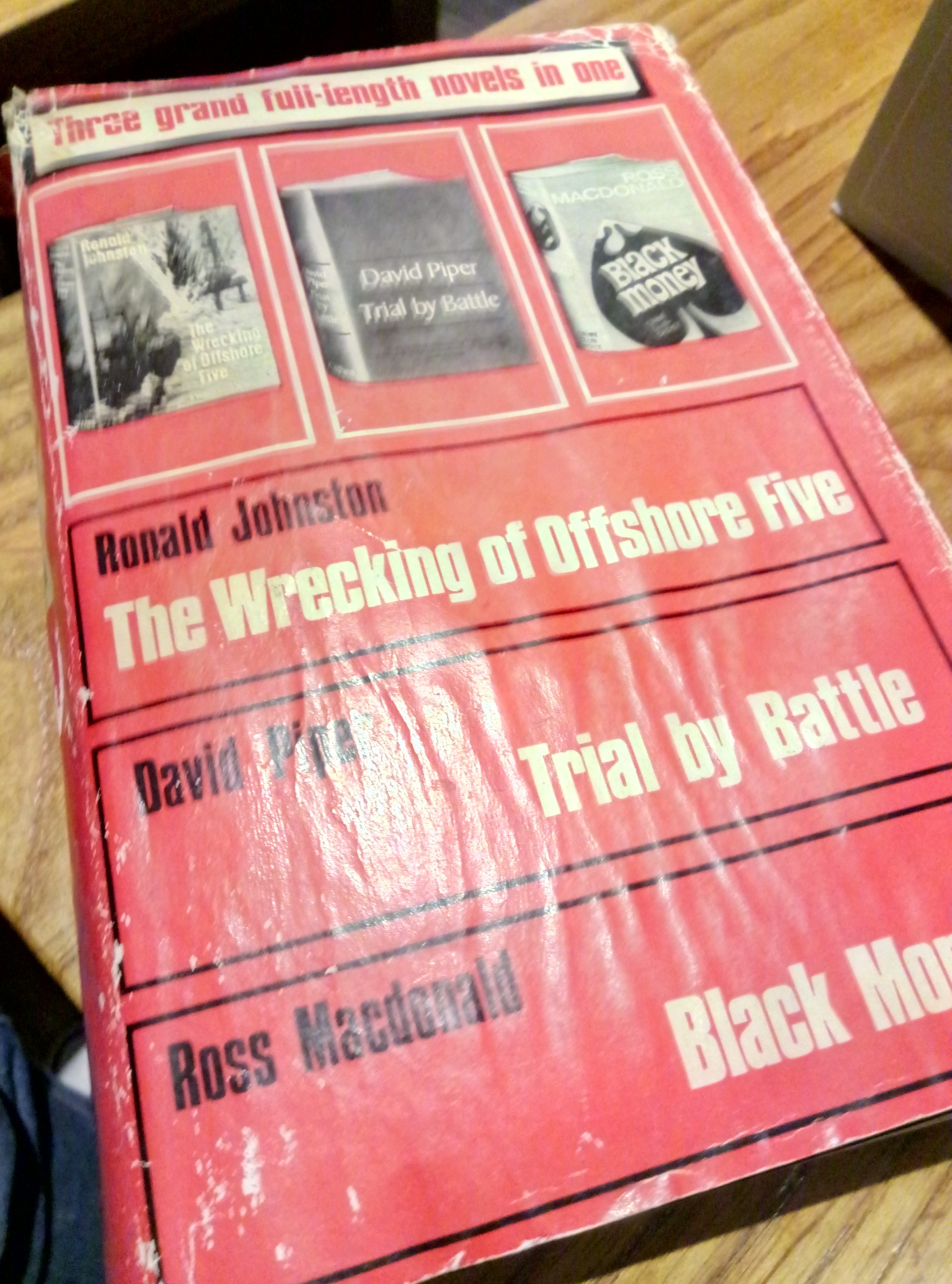 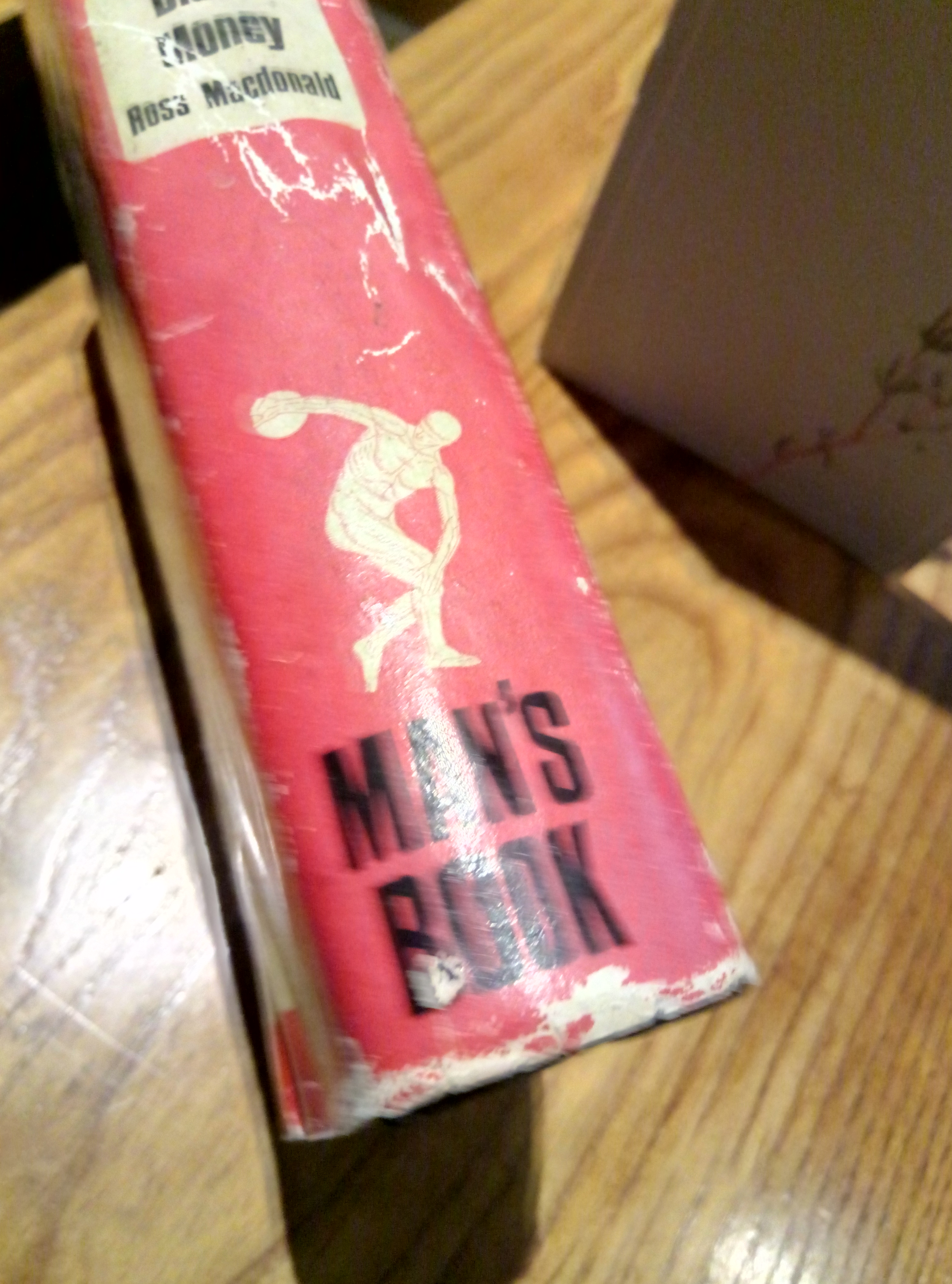 What an excellent idea. A cinema commercial against cruelty towards animals. Which obviously involves not eating them. 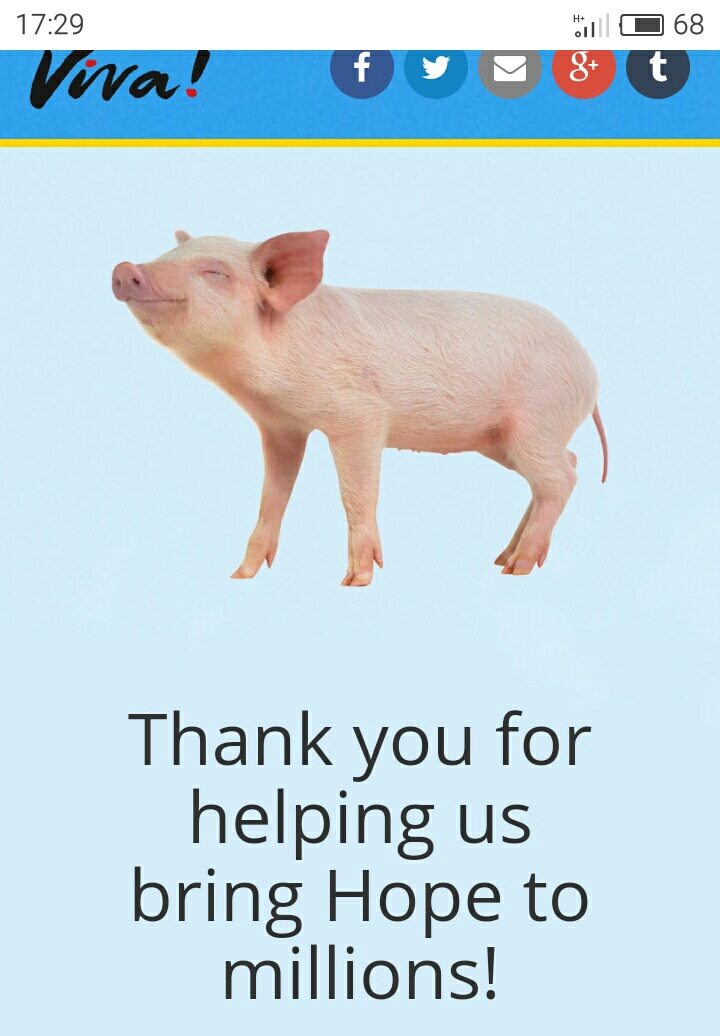 It’s so refreshing that my local’s charity bucket has switched to an ethical cause. 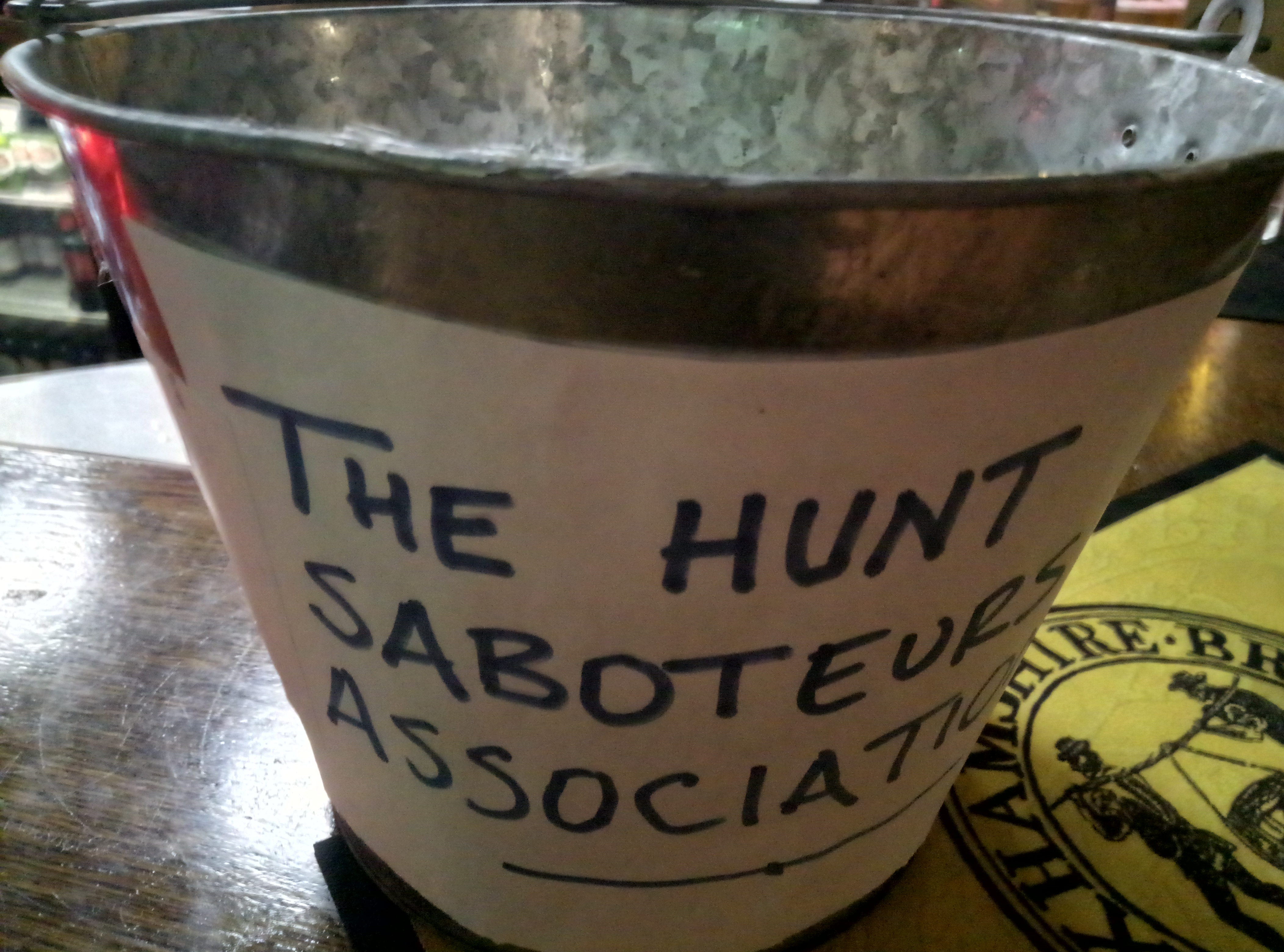 As planned, I had a walk down to Gateshead Stadium, for its first Nevfest (Northeast Vegan Festival). The Stadium of Light is the usual venue, the cancellation at short notice due to a power failure earlier this year is a likely reason for the change of location. 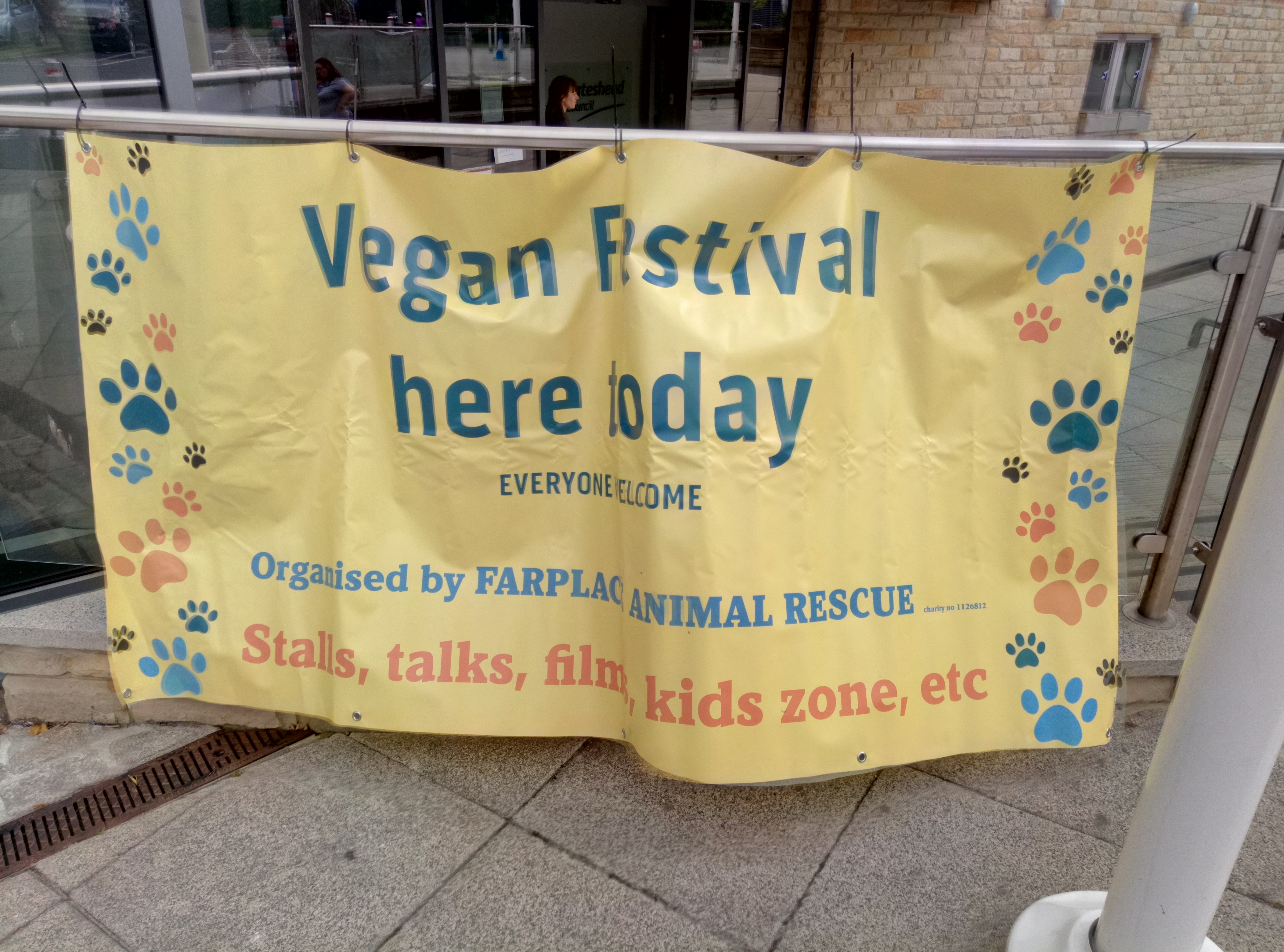 I was a frequent visitor to Gateshead Stadium from the mid 90s to the early 00s, since it held a really good computer fair. I’ve built many PCs from parts purchased there. Cheap, disposable computers of the last decade meant that home assembly was no longer cost effective (my current PC was less than half the price of the last one I built – over ten years ago). And, so, computer fairs came to a torturous, shameful end.

Anyway, the today’s vegan festival was held in the hall which had housed computer fairs in the past. It was satisfying to see the place as busy today as it was in its computer fair heyday. 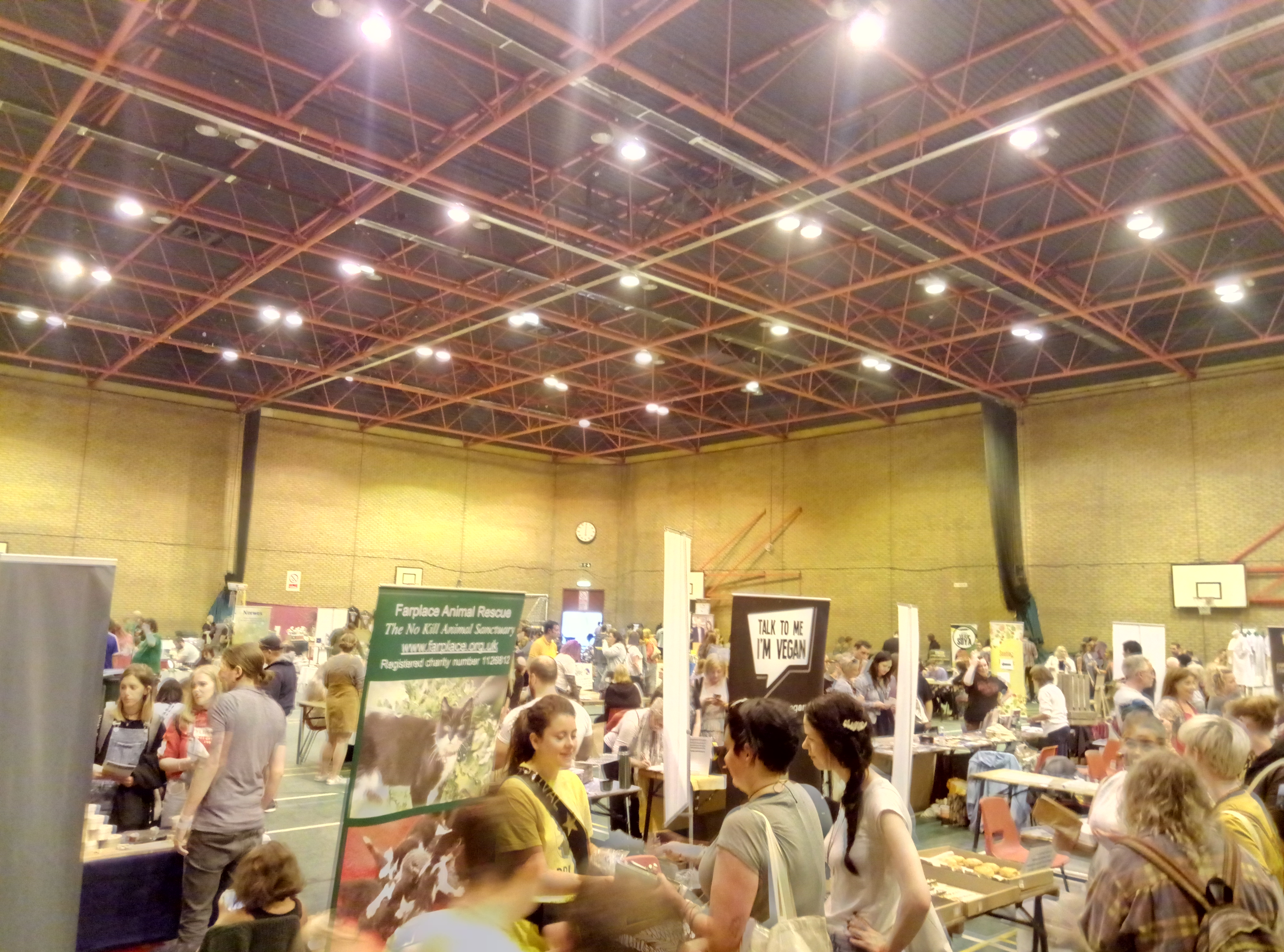 This could possibly be my next project. 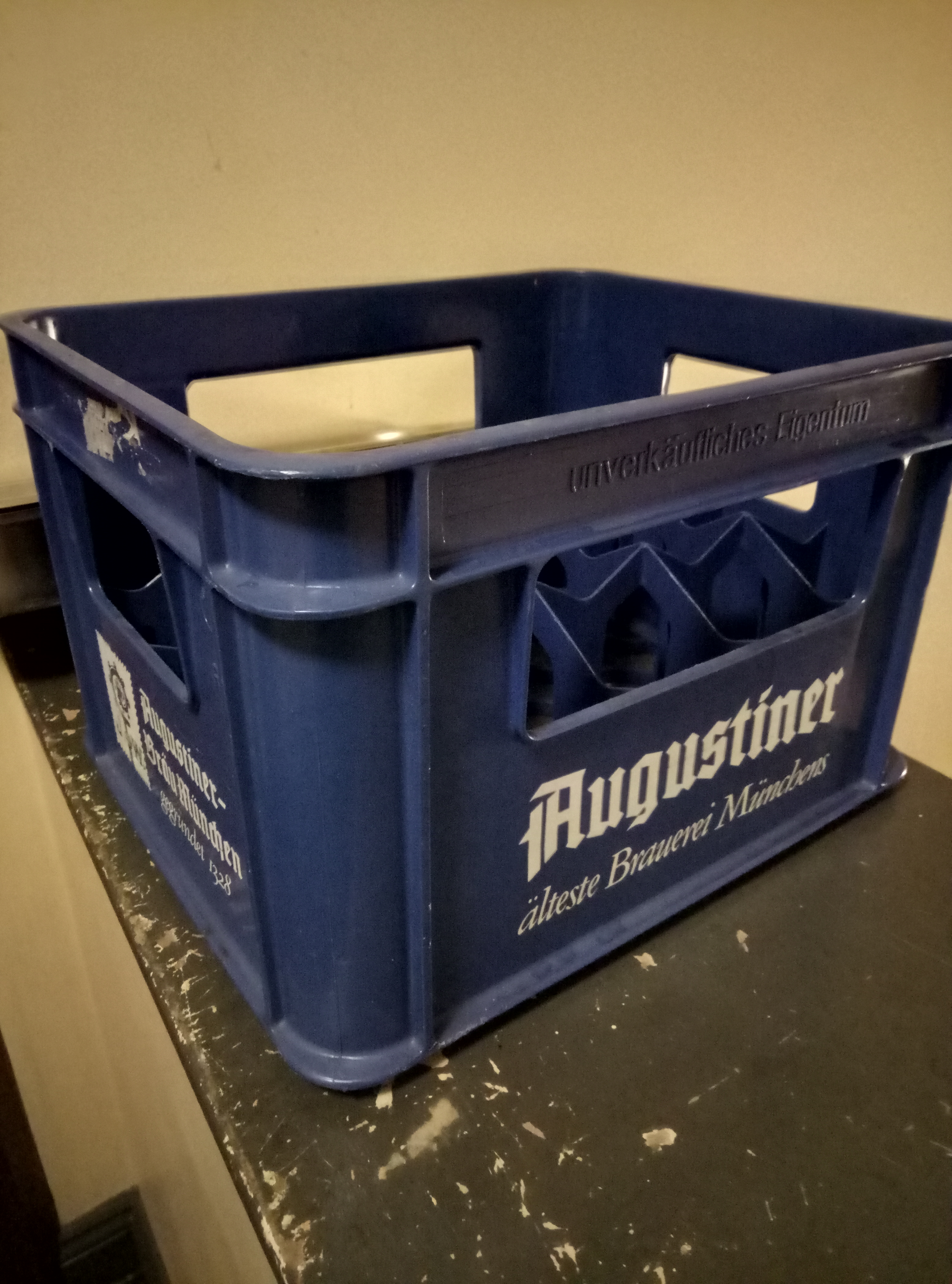 We watched Okja this evening. Pretty moving, as expected.

I may have a clear conscience in respect of ‘food’ (animal) production, but I found this film to be brutal reminder of the actions of my fellow ‘humans’.