Today, my second in command and I undertook perilous activities. First, there was a trip to the blue hole, an impressive string of small-ish falls, with deep pools.

There were four jumps, with an optional fifth.

Everyone did the first three, we managed the fourth too, but abstained from the last one in view of the ridiculous height.

I lost my glasses on the third jump, which was itself scarily high for a man with a fear of heights.

No, of course I wasn’t wearing them. They were in a secure place (my back pocket).

A diver was available for a reasonable price and, unbelievably, he found my glasses thirty-odd feet below. So all ended well and I don’t need to wear sunglasses until our return home.

Then, a little while later, wearing my glasses, I scaled a near vertical waterfall. OK, maybe it wasn’t that bad, but I’m getting on a bit and I’d also lost my asthma inhaler in the aforementioned leap of death.

We thoroughly enjoyed the climb up Konoko Falls, and the earlier plunges. However, since there was so much water, we have no pictures.

Not that I’d have been able to see to take any when it mattered. Still don’t know how I managed that fourth jump while almost blind.

Addendum: I should have mentioned my second in command’s spider powers. I was astonished to see her nimbly swinging legs up to reach ambitious footholds, at one point climbing almost horizontally.

A true spider woman. Probably inspired by the huge creatures dangling over our heads.

I learnt something new yesterday. Noticing trails of ants moving up and down the apple tree, I questioned this of the Internet.

I was informed that I have aphids. Or at least the tree does. Apparently, the sticky gunk secreted by aphids is something of an ant delicacy.

Ants actually farm aphids; they herd and protect them from their predators. Gross.

Since the weather’s changed for the better, I couldn’t put off resuming work on the shed.

This wall is a lot more solid than the first one I tackled, so it wasn’t so easy to remove the inside layer of stone. 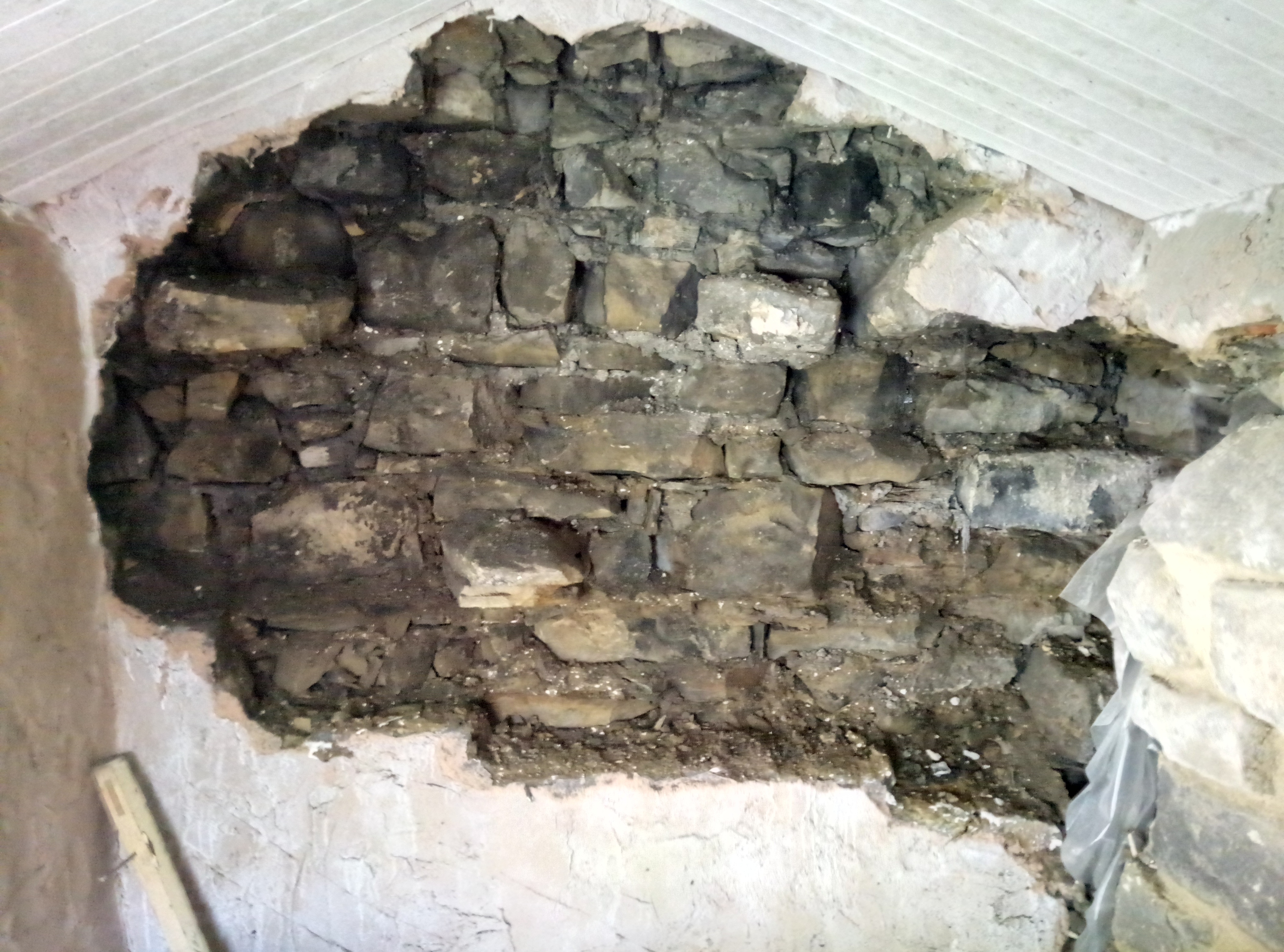 Doing a spot of gardening now. 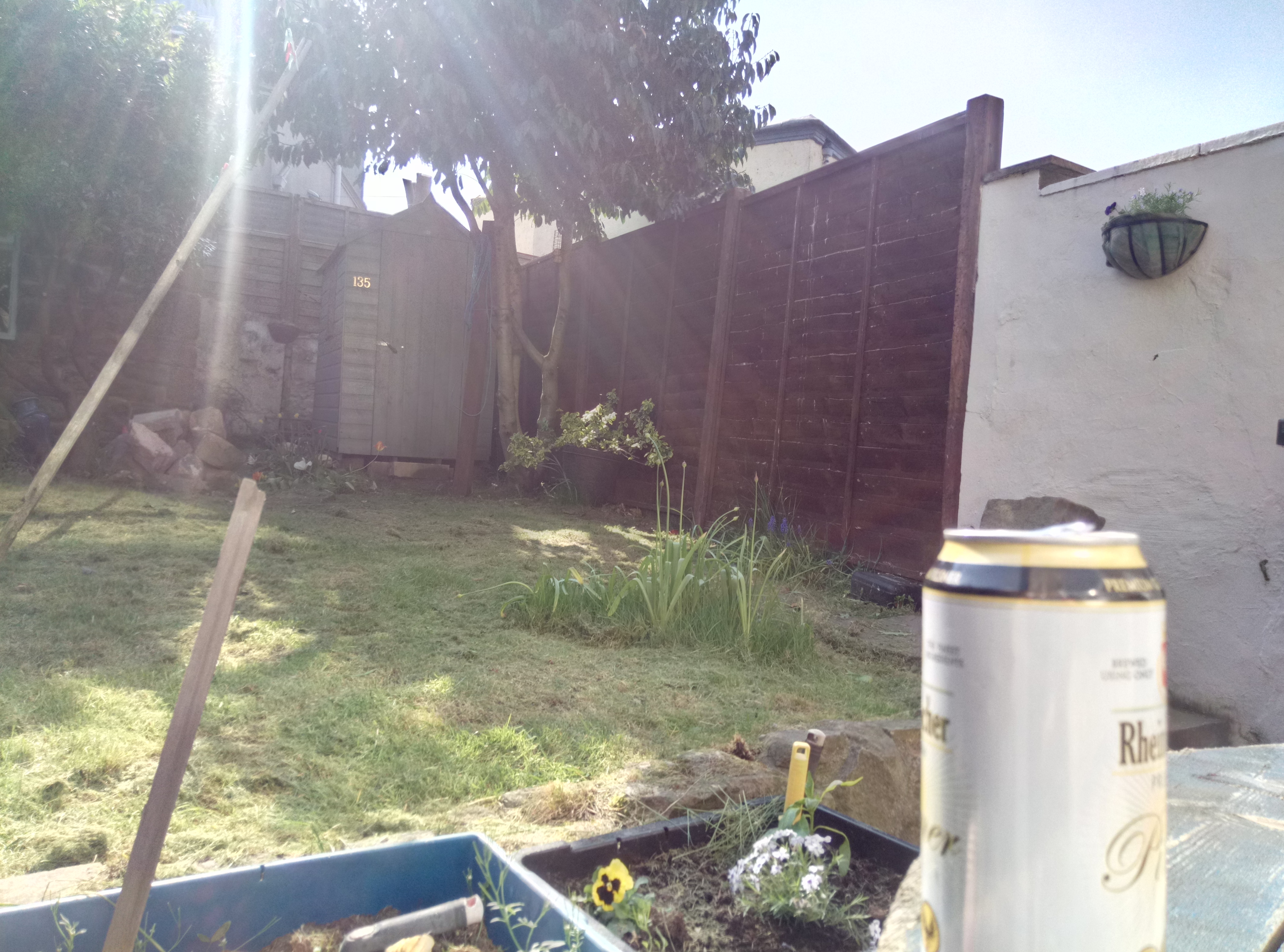 While sitting here, a magpie arrived.

My second encounter with such a creature today. The first was this morning, when, on arriving at the tip, we saw a magpie attacking a young parrot.

An old lady and I scared off the magpie, but the parrot was unaccessible, behind a high fence. Also in the queue was a parrot breeder (there had to be), who said he’d drive back around to capture the bird.

So, the old lady and I stood guard until he returned.

Unfortunately, a girl with a stick arrived before he did. I’d acquired a towel from one of the site workers, but hadn’t used it because I didn’t want to harm the bird. The girl, however, pointed the stick in the parrot’s direction. Apparently, the bird was supposed to walk onto the stick.

It flew off. Just before the parrot professional arrived.

As I was writing this, a pair of pigeons landed on the fence. This will be their second year of nesting in our tree. 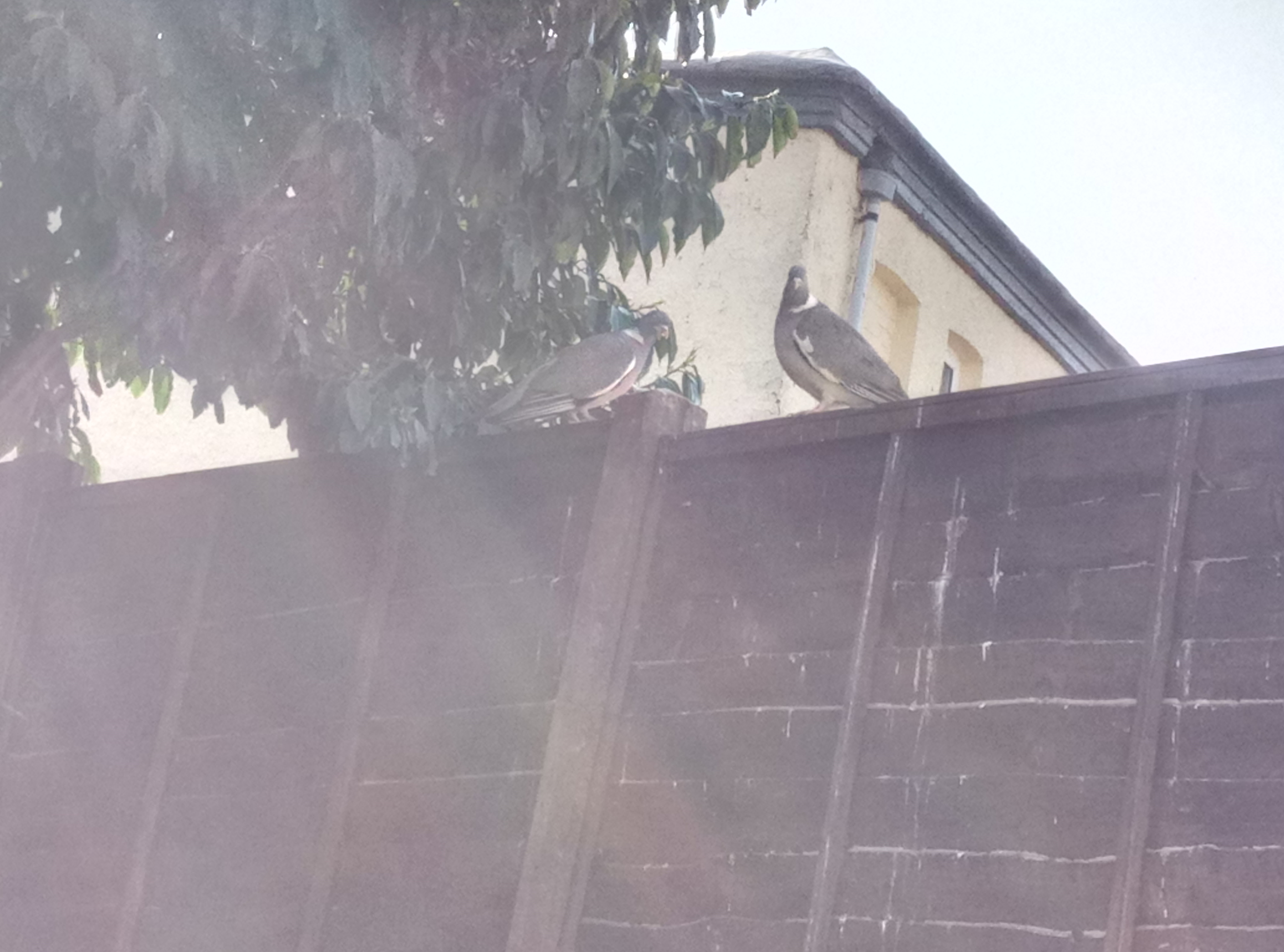 My second in command has a fear of sharks; not that we come across many in Gateshead.

So watching a film involving people trapped in a cage at the bottom of the sea possibly wasn’t a great idea.

And the inevitable happened. When a girl was suddenly attacked by one rather huge beast, my second in command shrieked, leaping into the air, knocking a can of beer from my hand.

Everything is wet. I am wet.

I live in Gateshead. And Gateshead is renowned for movies. Get Carter, for example.

Unfortunately, the 90’s remake wasn’t set in this fair town. Or country.

Could you imagine Mr Stallone running around the Heed. It wouldn’t happen.

Lately, a couple of wood pigeons have been hanging around in our garden. And, earlier today, my second in command noticed that one appeared to be building a nest in the tree. After a half hour’s observation, this was confirmed.

My knowledge of the world of nature is extremely limited, but it feels a little late in the year to be building a nest.

An attempt to capture a picture, through the kitchen window, was something of a failure. 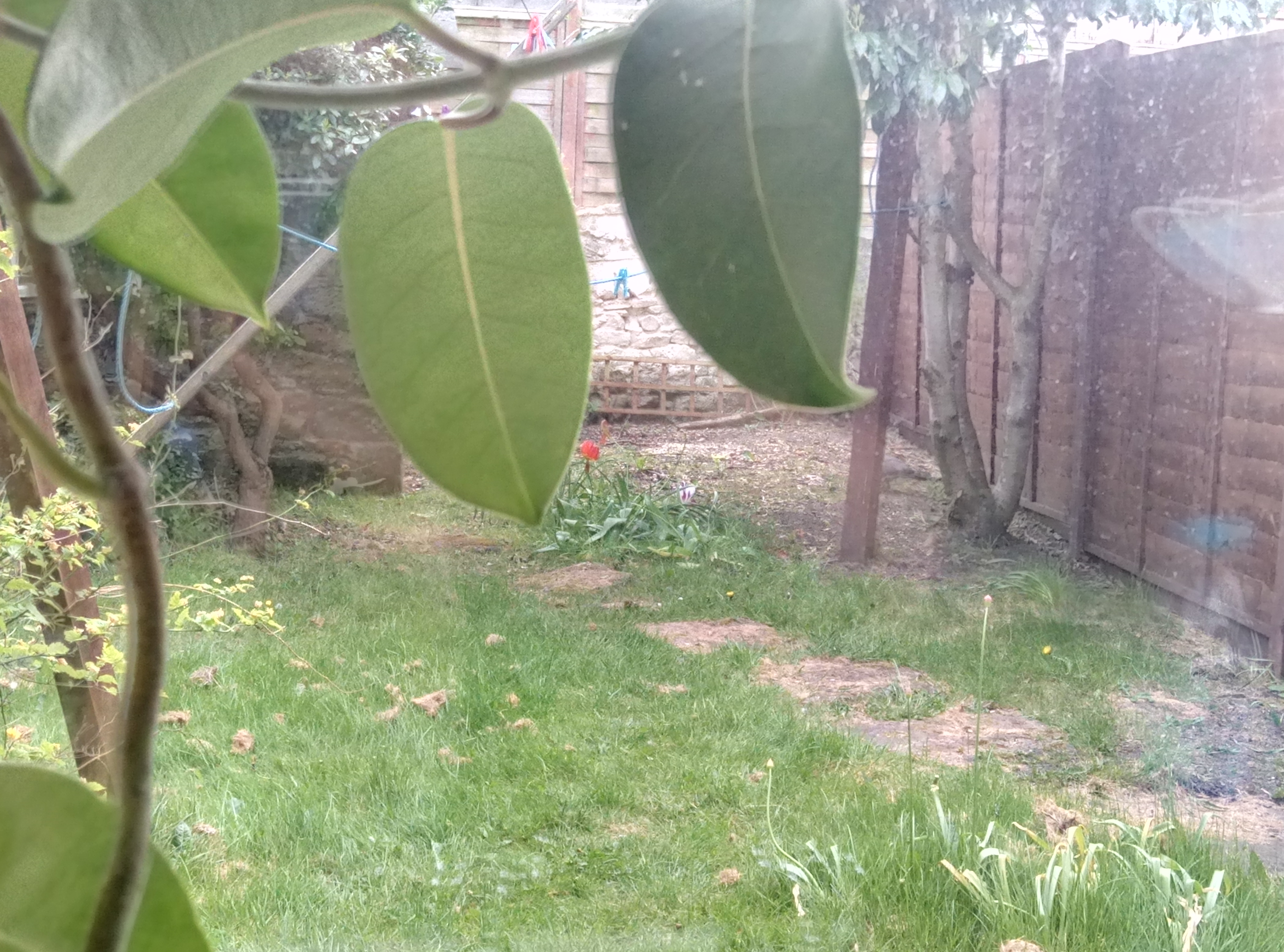 There’s actually a bird in the picture, but it’s not easy to spot.

Since we’ve a firewood delivery in a couple of days, I’ve cleared some space this morning by cutting the remainder of our log pile.

In my past few years of cutting firewood, I’ve come across some unusual forms inside pieces of wood. Old nails and wire, deep inside the wood and long grown over, are fairly common. But I like the effects of old, dead, branches or twigs being overgrown.

In this particular piece, a couple of thin twigs had long since been overgrown, resulting in their holding the log together when I tried to cut it. 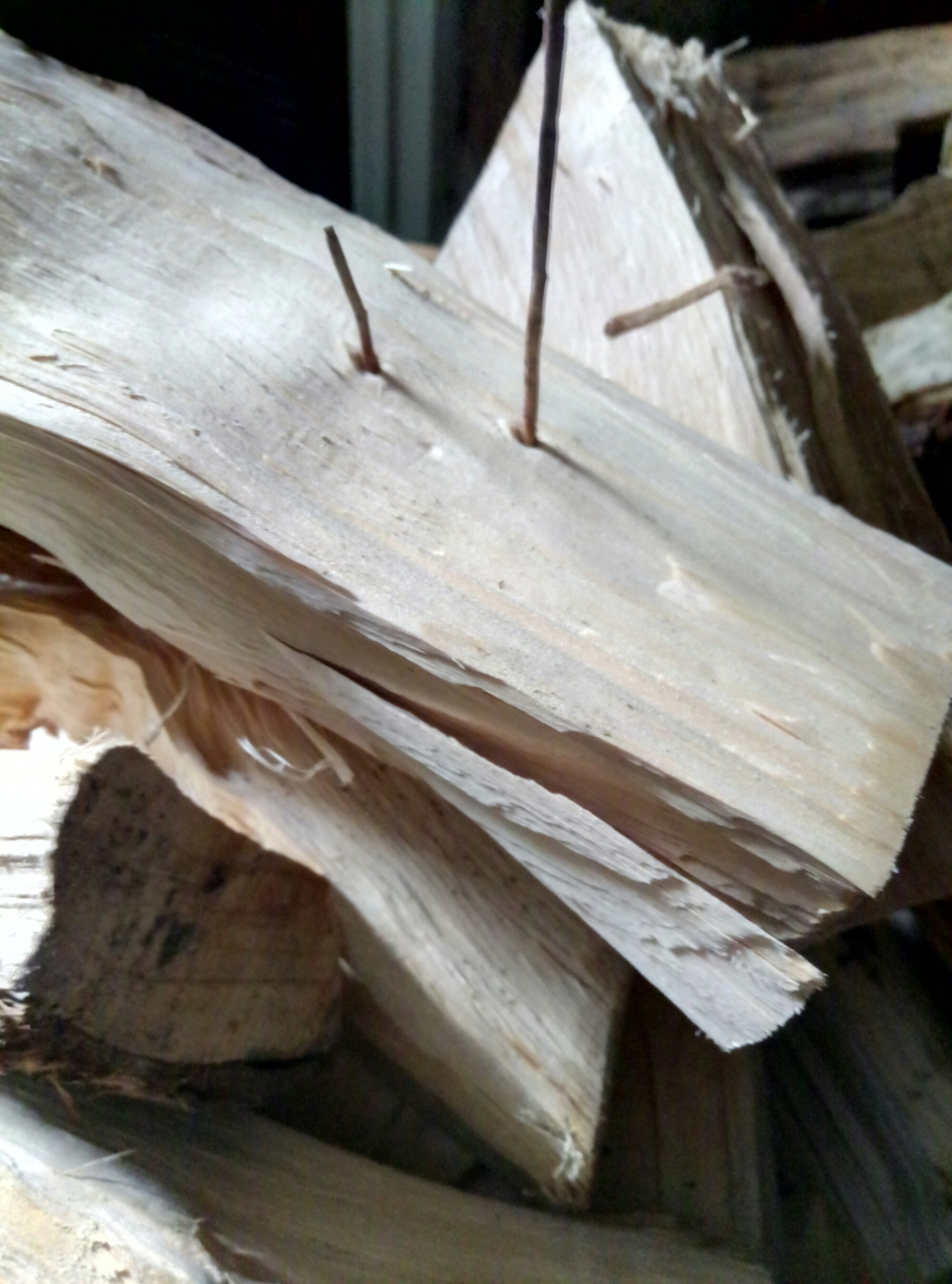 I thought they were nails at first, they were really tough. It was easier to pull the split log apart than cut through the twigs. 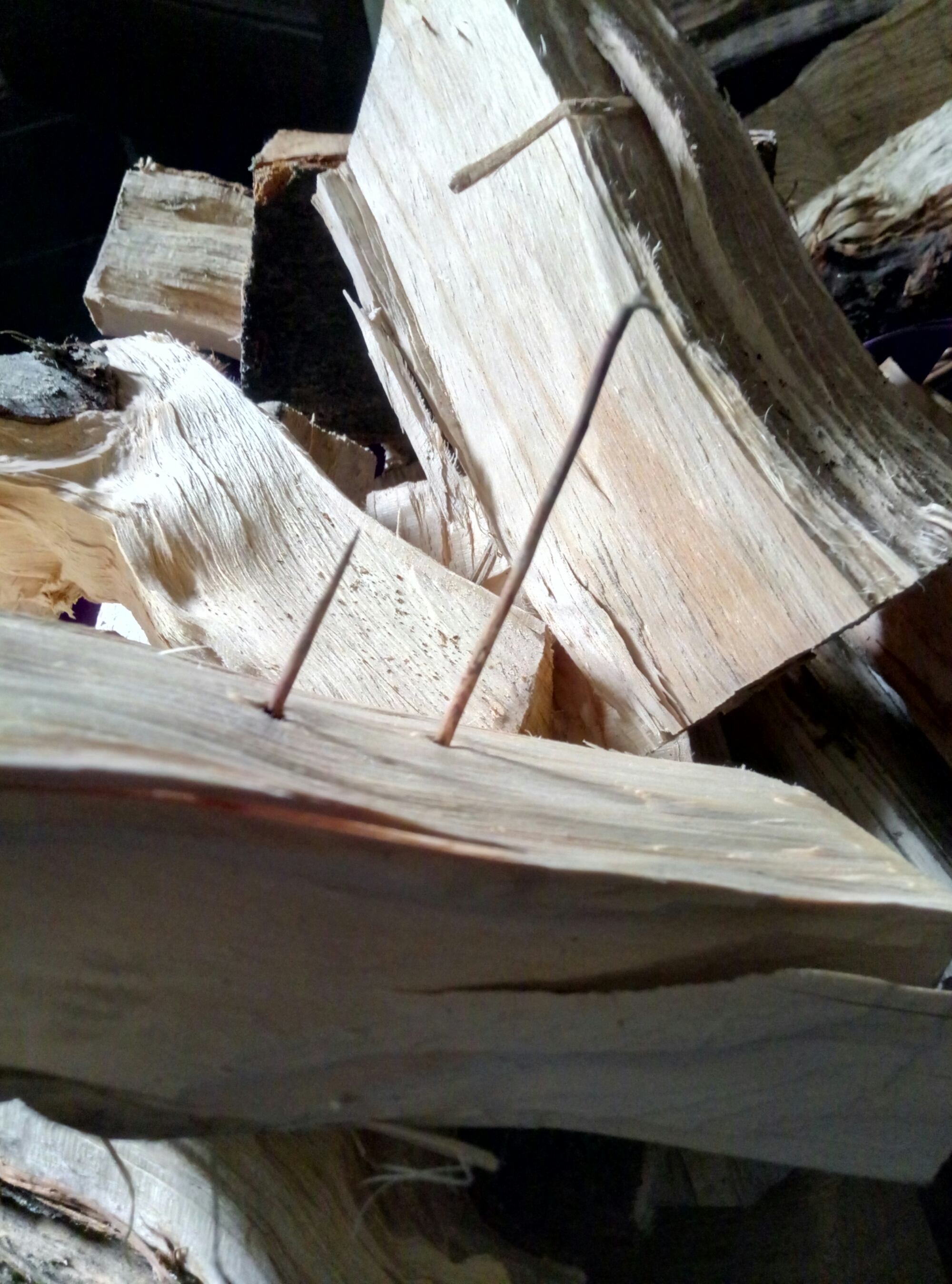 I may start to take more pictures when I come across interesting pieces of wood.

There are two butterflies in our garden right now. Well, I could only see two.

Some pictures of one. Or possibly both. 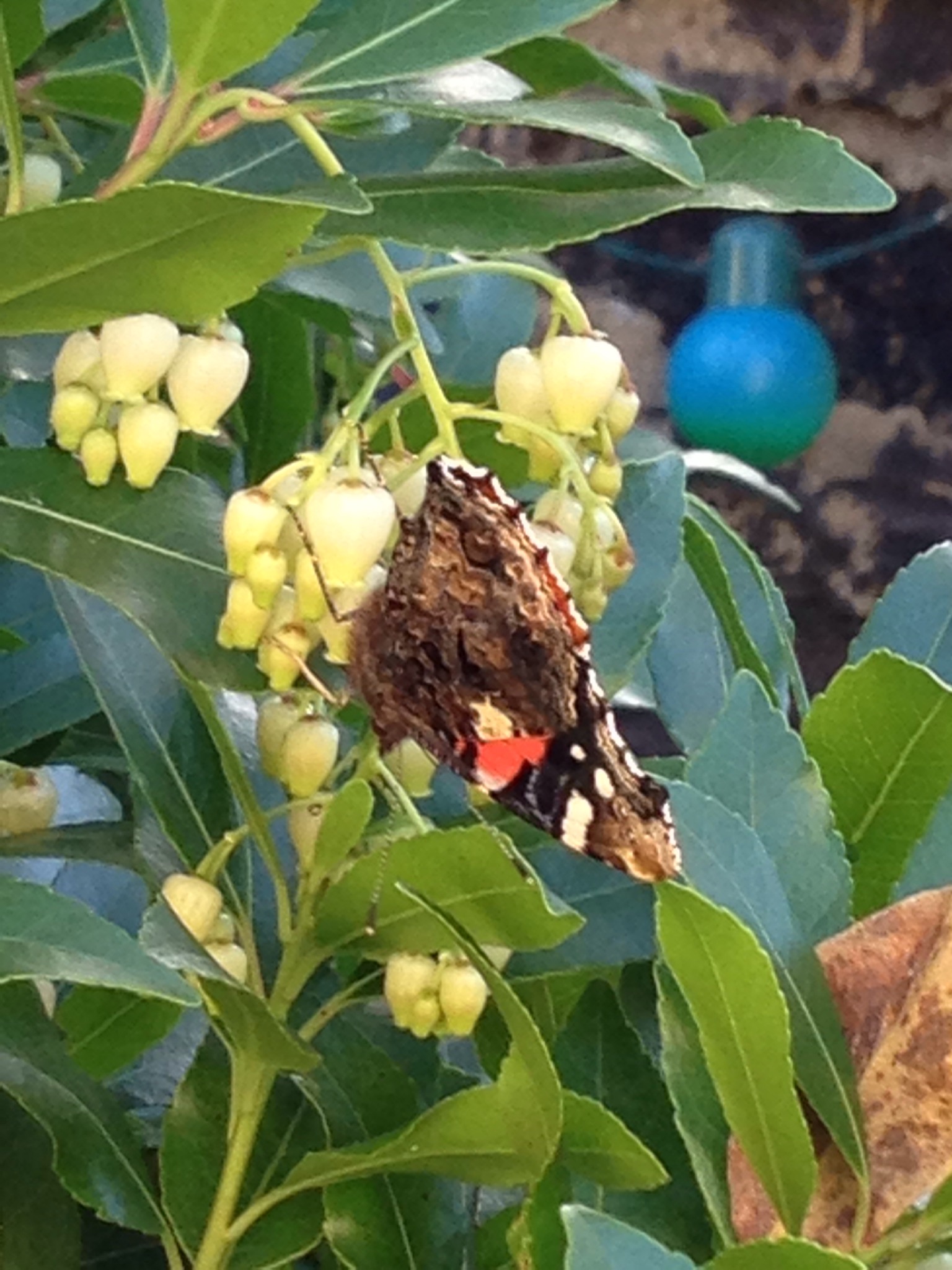 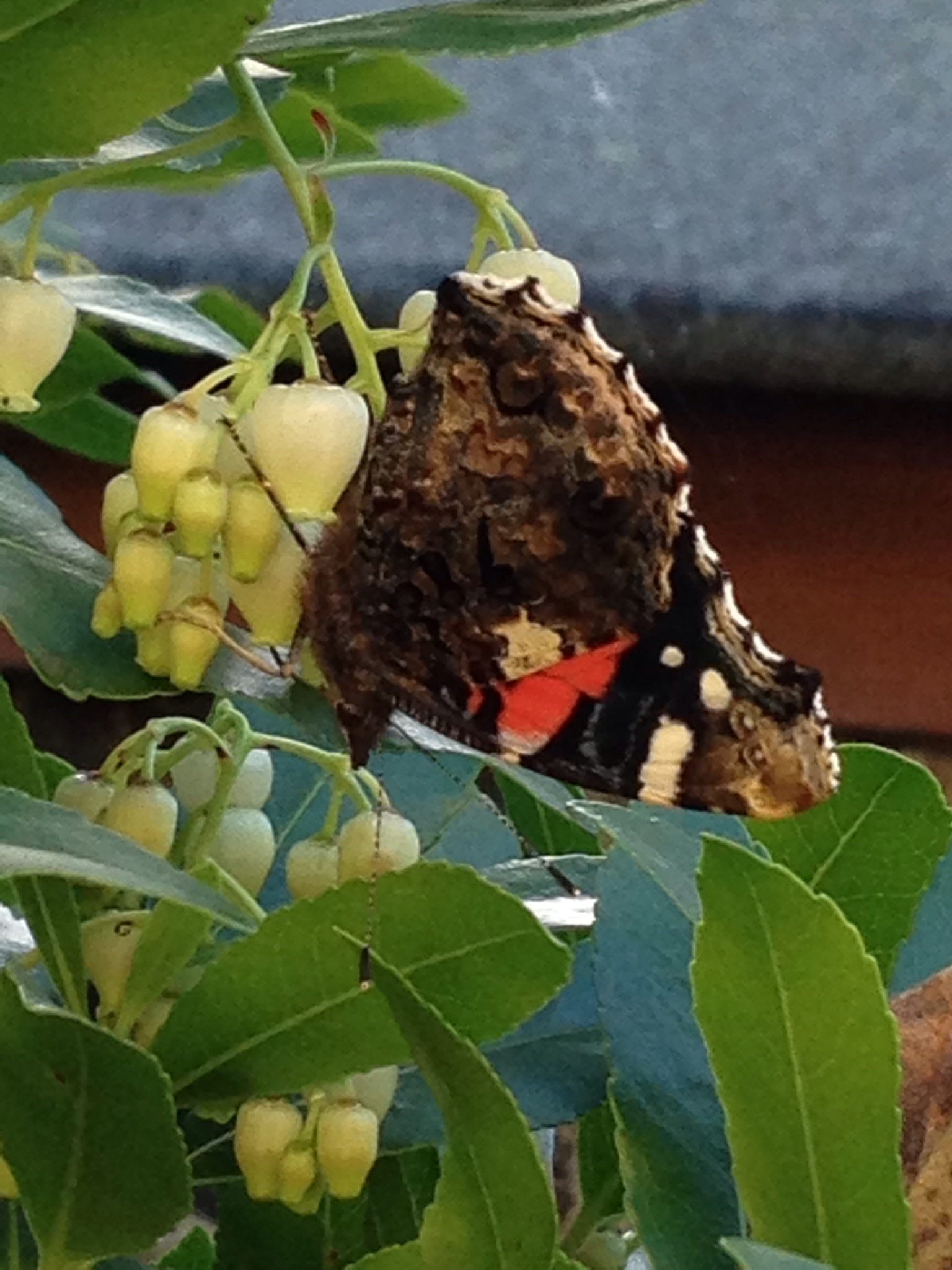 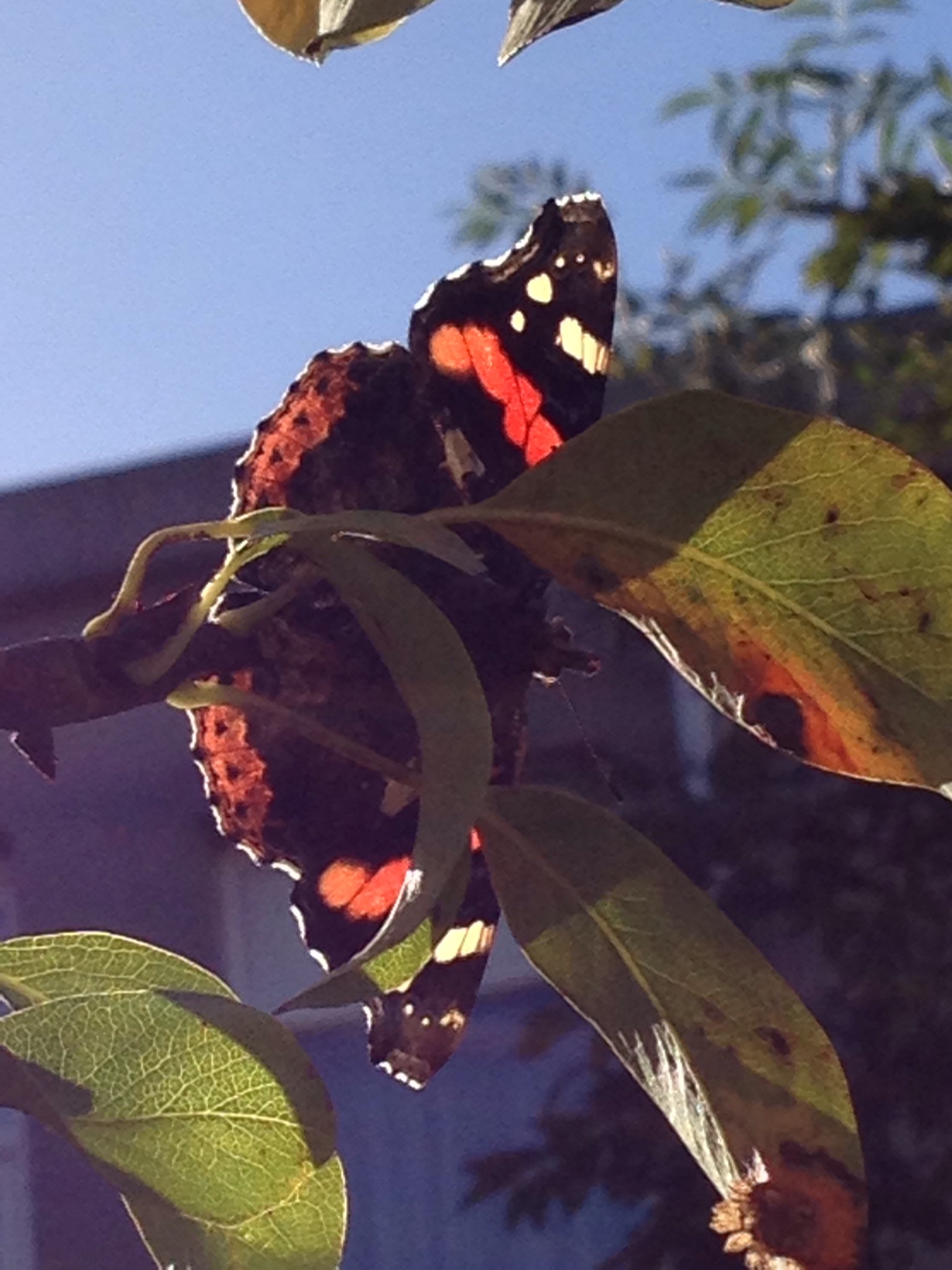 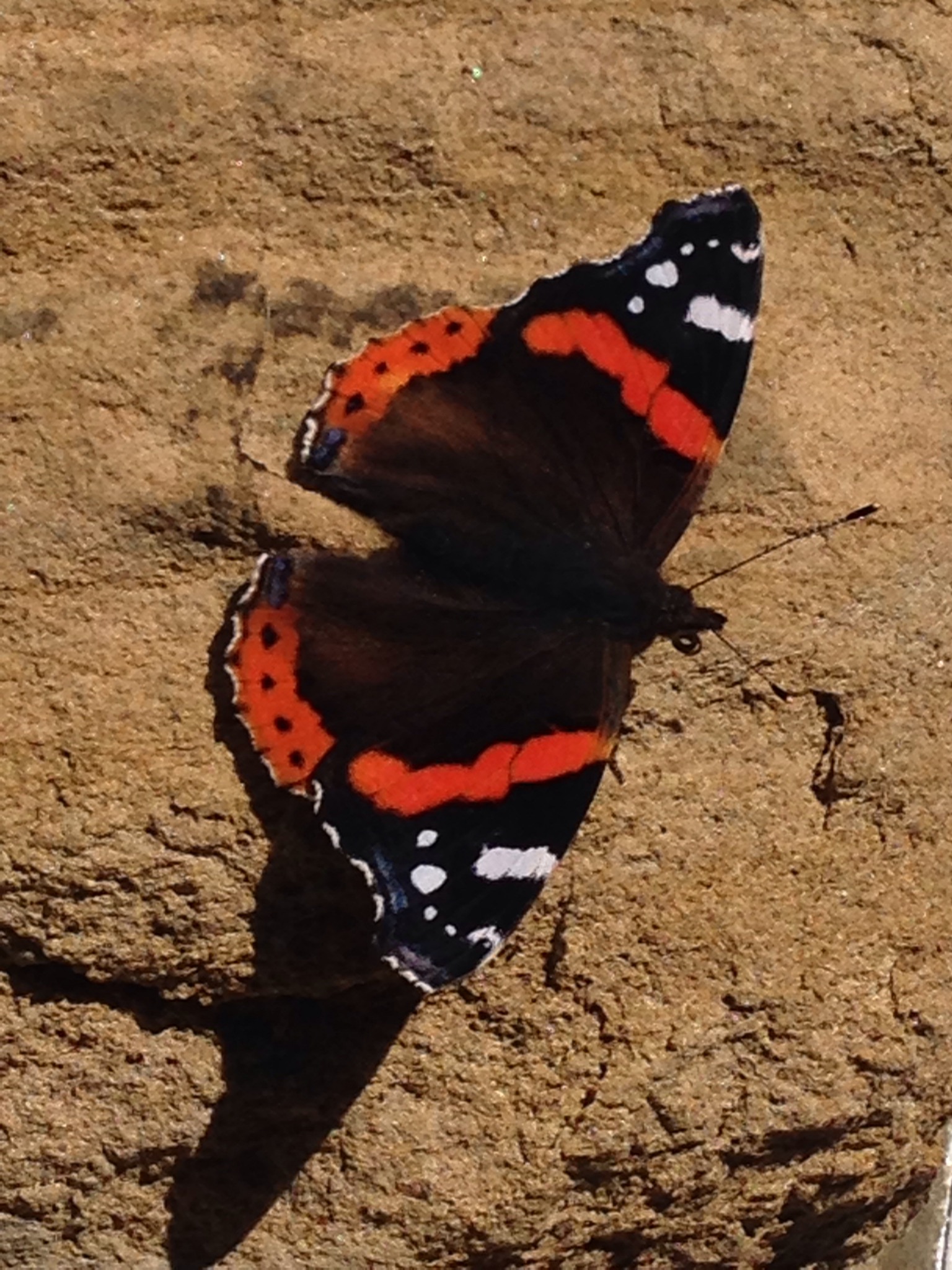 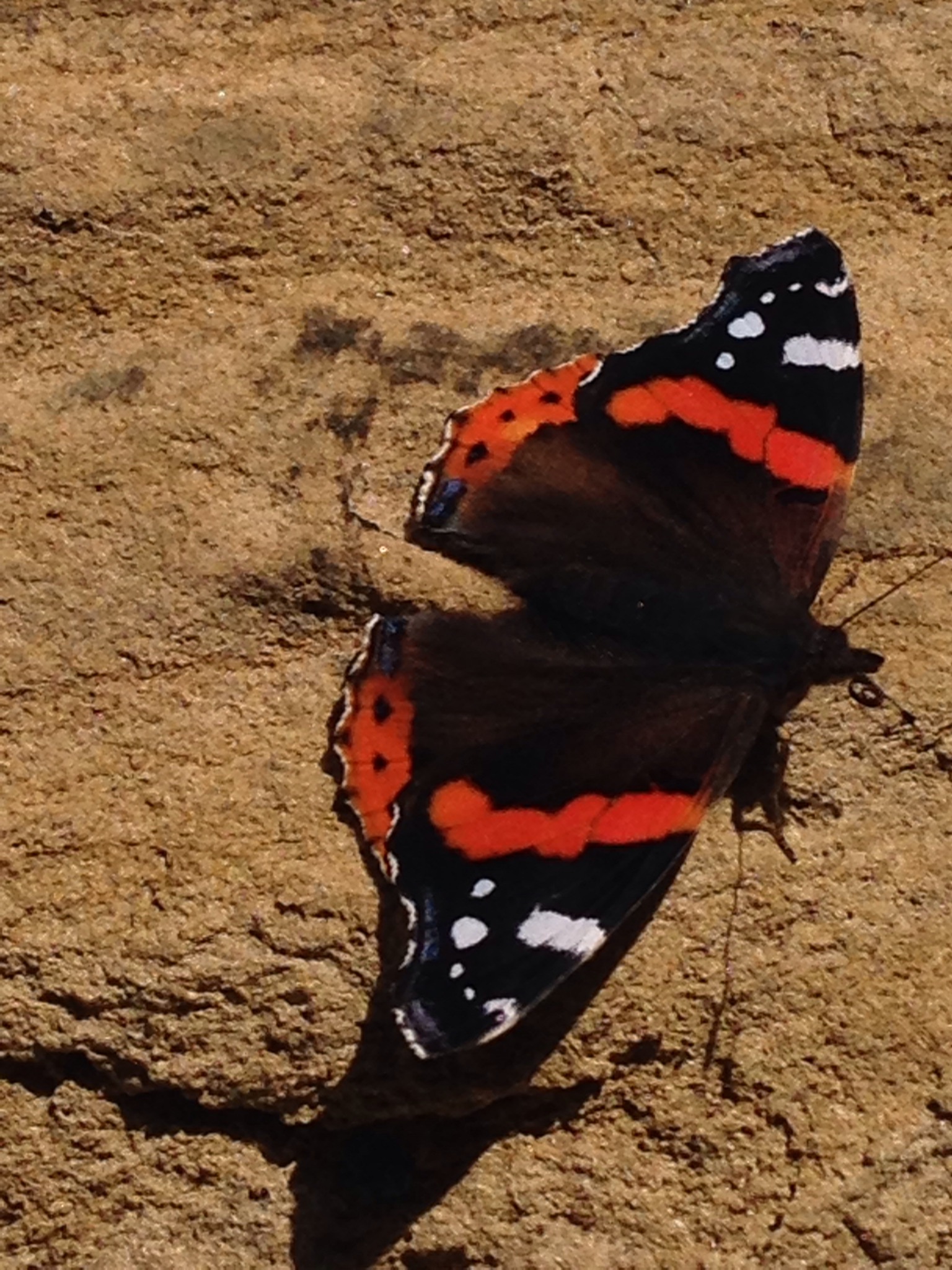 Probably one of the most common reactions when someone encounters a vegetarian is, we’re designed to eat meat. Of course, there’s an element of truth in that statement. We’re designed to eat pretty much whatever we can get our hands on. But we’re not designed for what is now considered to be a ‘normal’ Western diet. And neither is the planet.

Over the past days, I’ve spent quite a few hours reading in Nene Park, mostly sitting at the same bench. The view’s nice and there’s usually a breeze which does a pretty good job of masking the heat of the sun. It’s been an awful few days though, and the relative seclusion of my bench gave me a degree of isolation from what was happening just a few miles away. 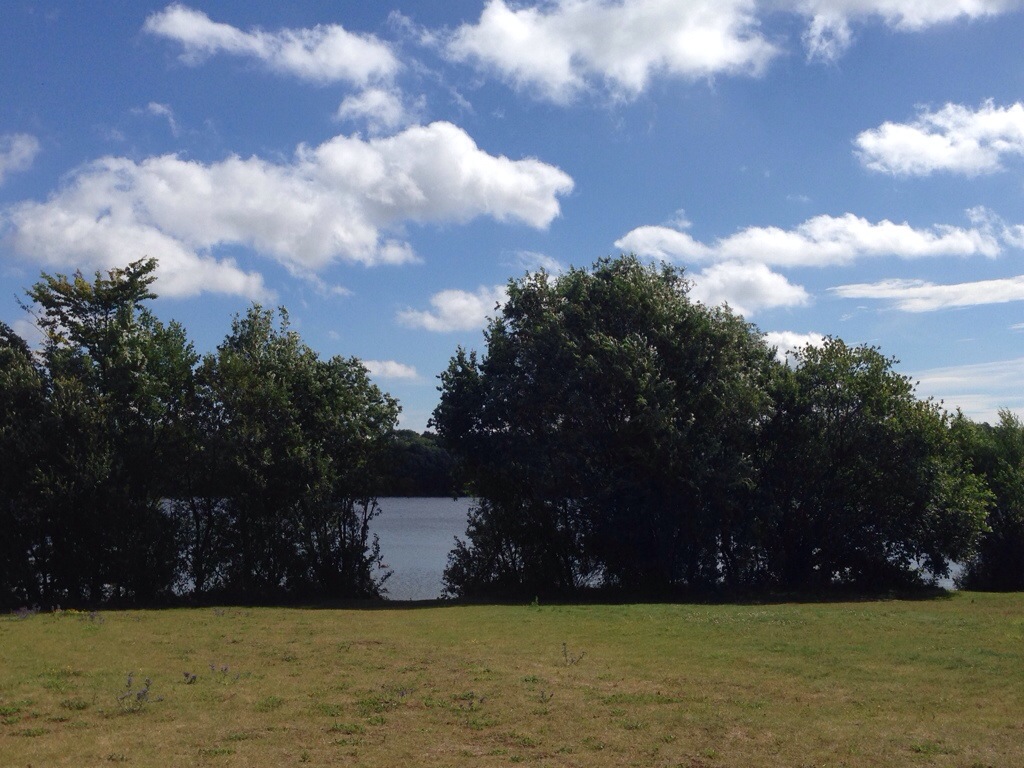