I’ve a thing about apple trees. I had a great one in the garden of my old house (until my ex cut it down).

I planted one in the garden of our current abode a few years ago; even made a really good batch of cider from it two of three years back.

However, last summer’s project (a summer house) takes up a larger than expected piece of the garden. The summer house only exists as foundations right now, since pub and garden life don’t work well together.

Still, with a new LID* for the summer house of August this year, a decision needed to be made as to whether the foundations should be reduced in size or the apple tree removed.

Sadly, concrete is tougher than tree, so the apple tree is no more.

Yes, I know the garden’s a bit of a state.

Well, the heaps of stone and rubble in the garden have been reduced from three to just one – achieved by relocating much of the stone to the old barbecue area.

Unfortunately, the garden does now look something of a mess.

While recently in Stamford, we bought a new bird box.

For some reason, shortly after moving into this house, I built a barbecue in the garden. I think it was used twice.

It’s now a new (third) pile of rocks in the garden.

Which will soon be relocated to the new hole in the garden.

During Glastonbury 2014, I think, my beloved and I checked out the shop (then near the viewing hill) selling hammocks. Well, they were’t trying to sell them, but up to four people at a time could try one out.

Naturally, we needed to remove our wellies first. We were instructed as to how we should board our chosen hammock (sideways, sitting down, rather than lengthways, since these were the traditional, huge, Mexican variety).

Afterwards, we searched for the most beautiful hammock, which we purchased. Unfortunately, that did mean that we needed to carry our new purchase for an hour or two until we could deposit it in our tent.

We used the hammock just two or three times that summer. My beloved’s 80+ year-old Dad liked it a lot too.

It’s not that we’d forgotten about it. We were either doing something else or, when we had time, the weather was rubbish.

So, after melting while doing some gardening in silly temperatures this afternoon, I dug the hammock out. It’s still beautiful. 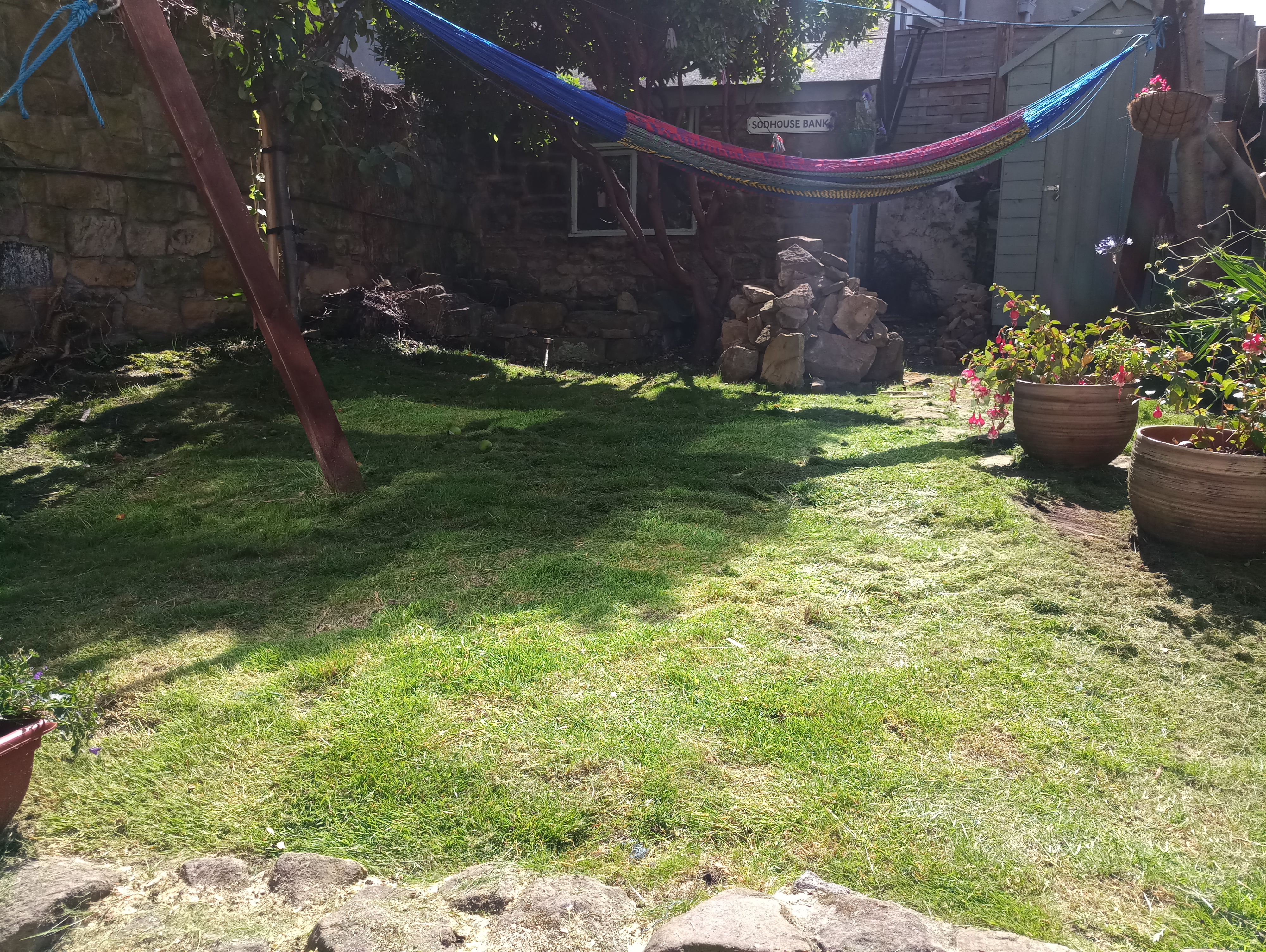 I’m in it right now. With a beer and a decent book. 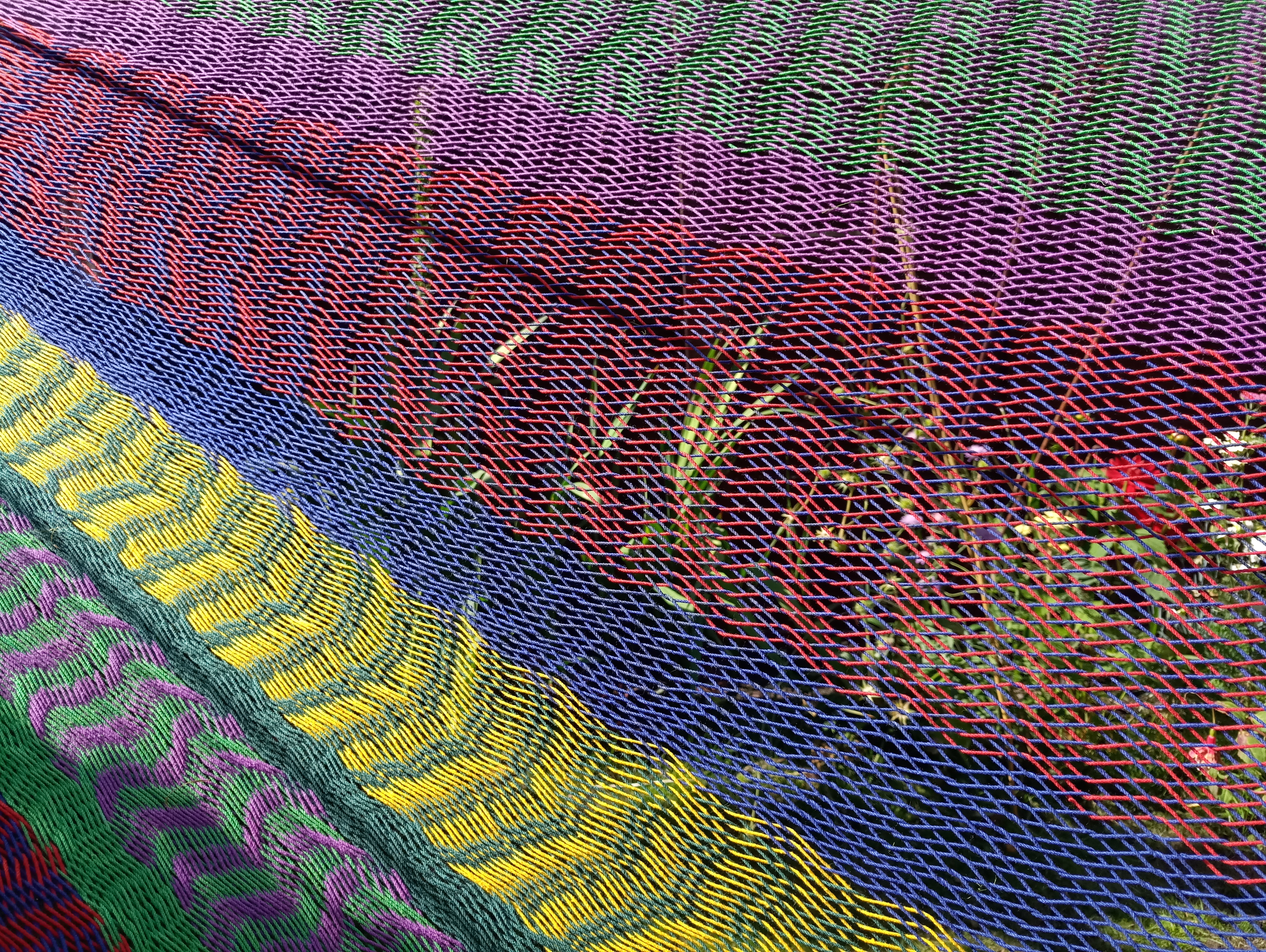 It may have taken a couple of years to get around to setting up properly, but we now have a camera on the back wall of the house. 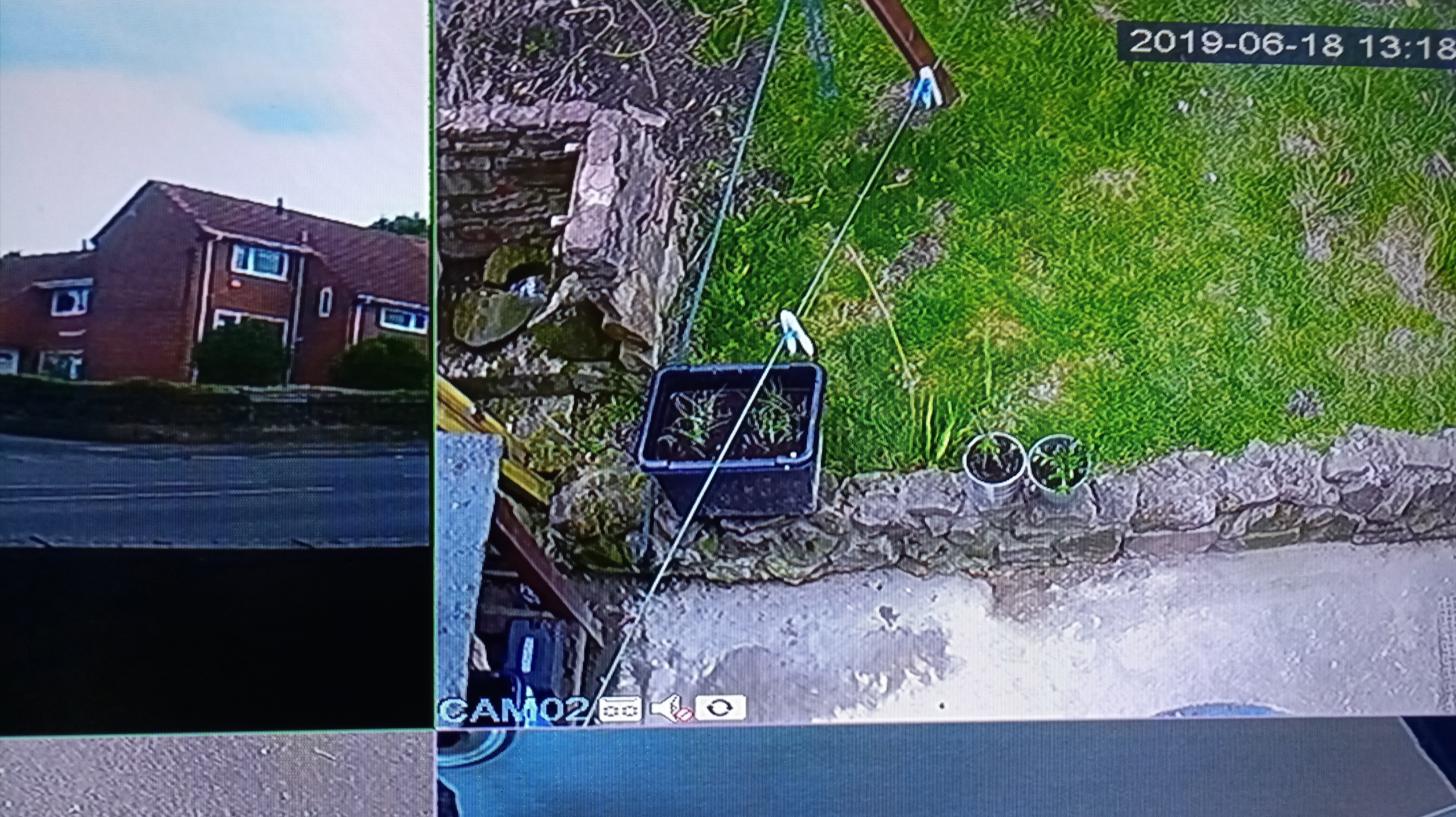 It wasn’t a priority, since there’s no real access to the garden, but the blank display was beginning to irritate me.

Making a small batch of cider. With apples from our tree. 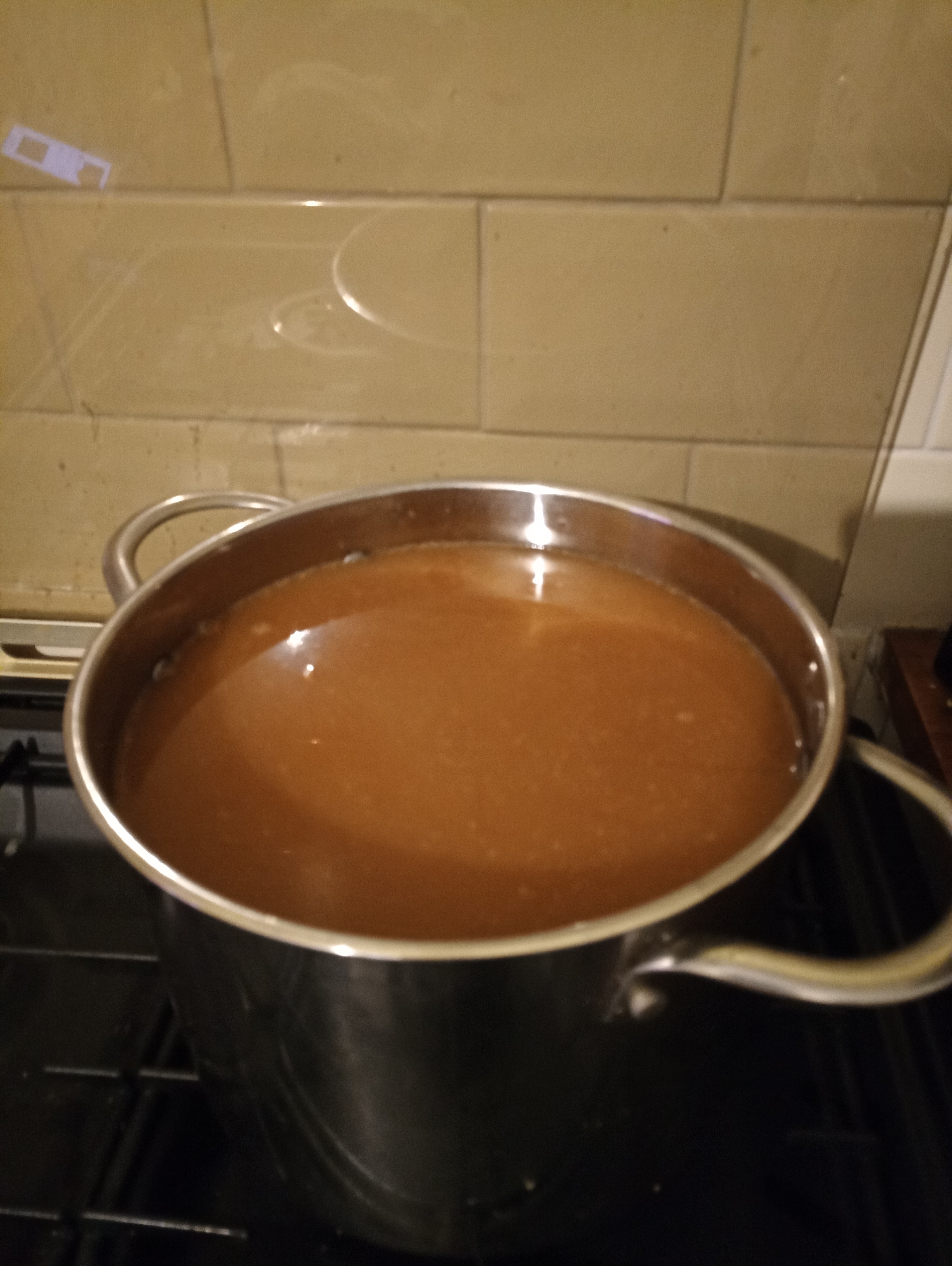 If this works, we shall make a larger quantity next year.

The first apples from our tree this year.

More will follow tomorrow. And then we shall make cider.

The man-cave now has a floor once more. 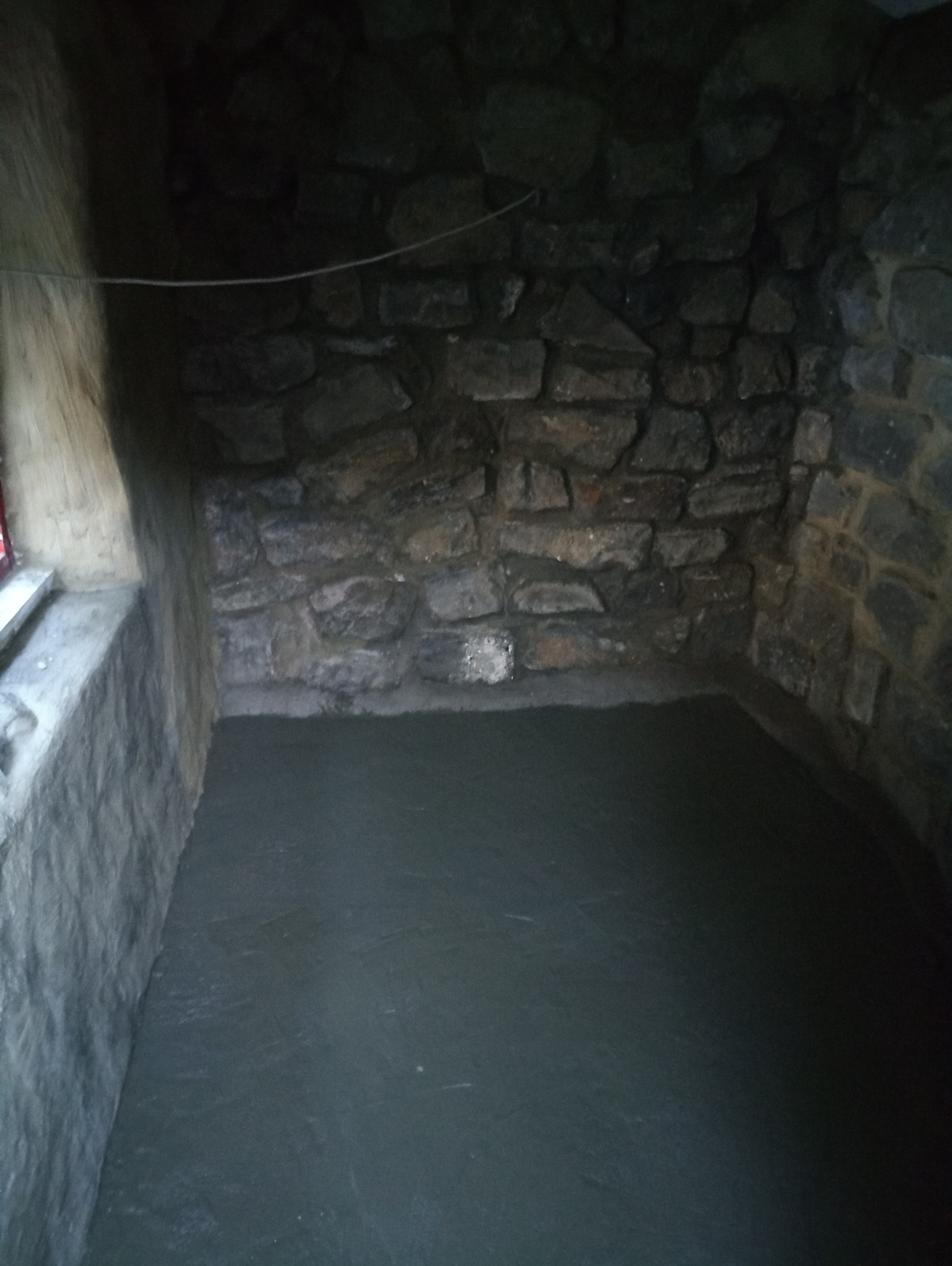