We have Augustiner in the Central. What more could a man want. 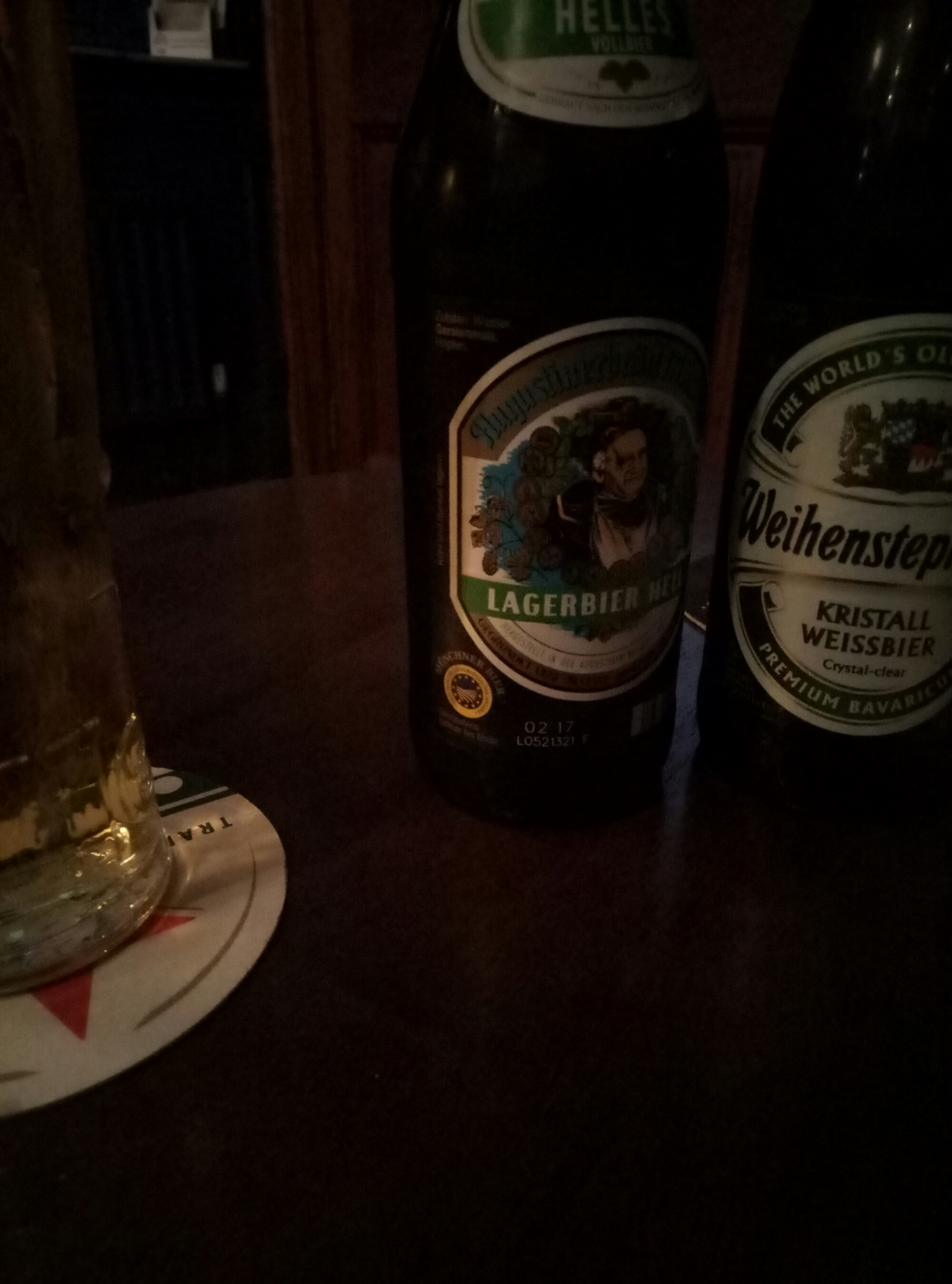 We decided on another (my second in command’s first) visit to Station East. 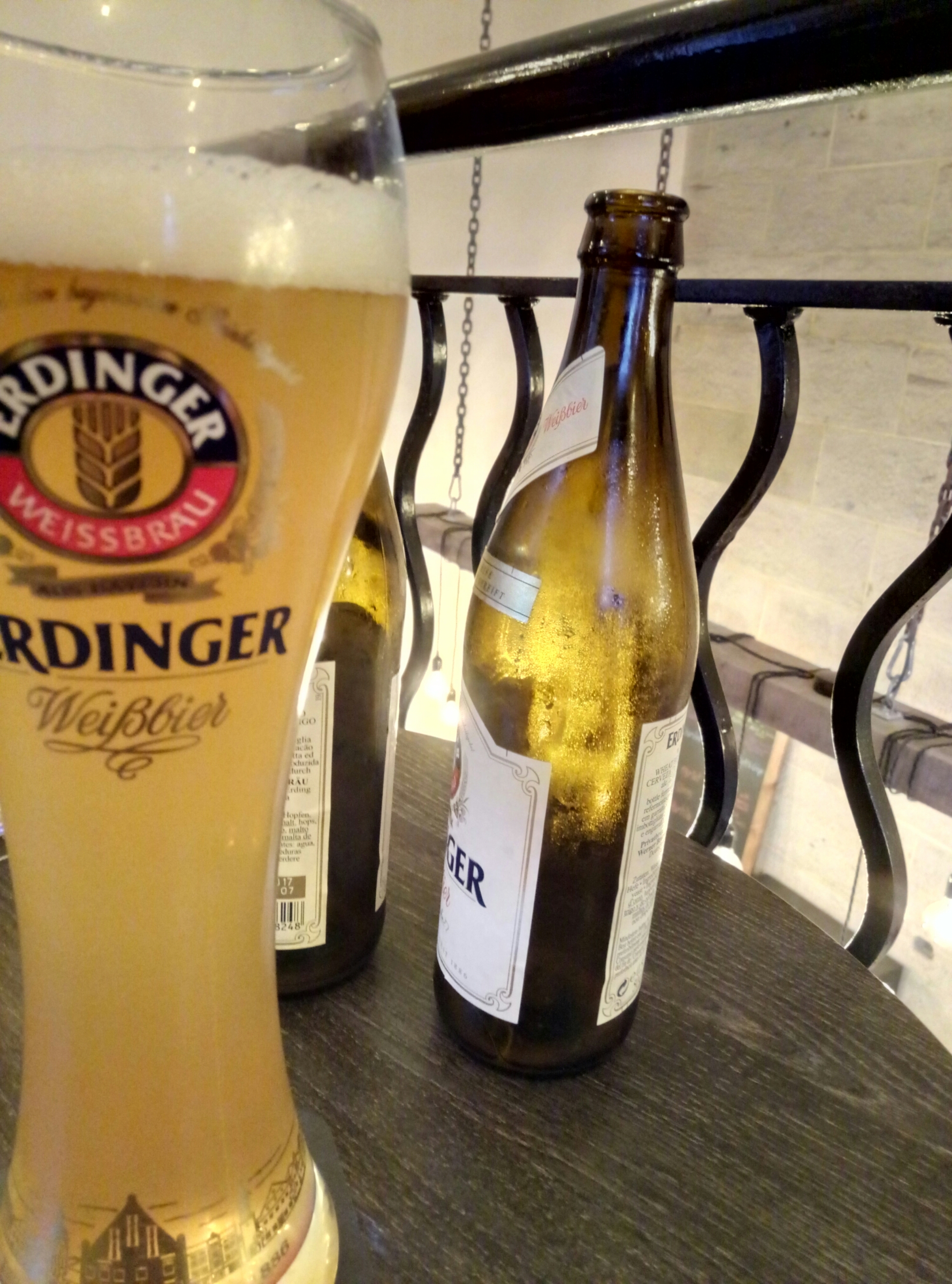 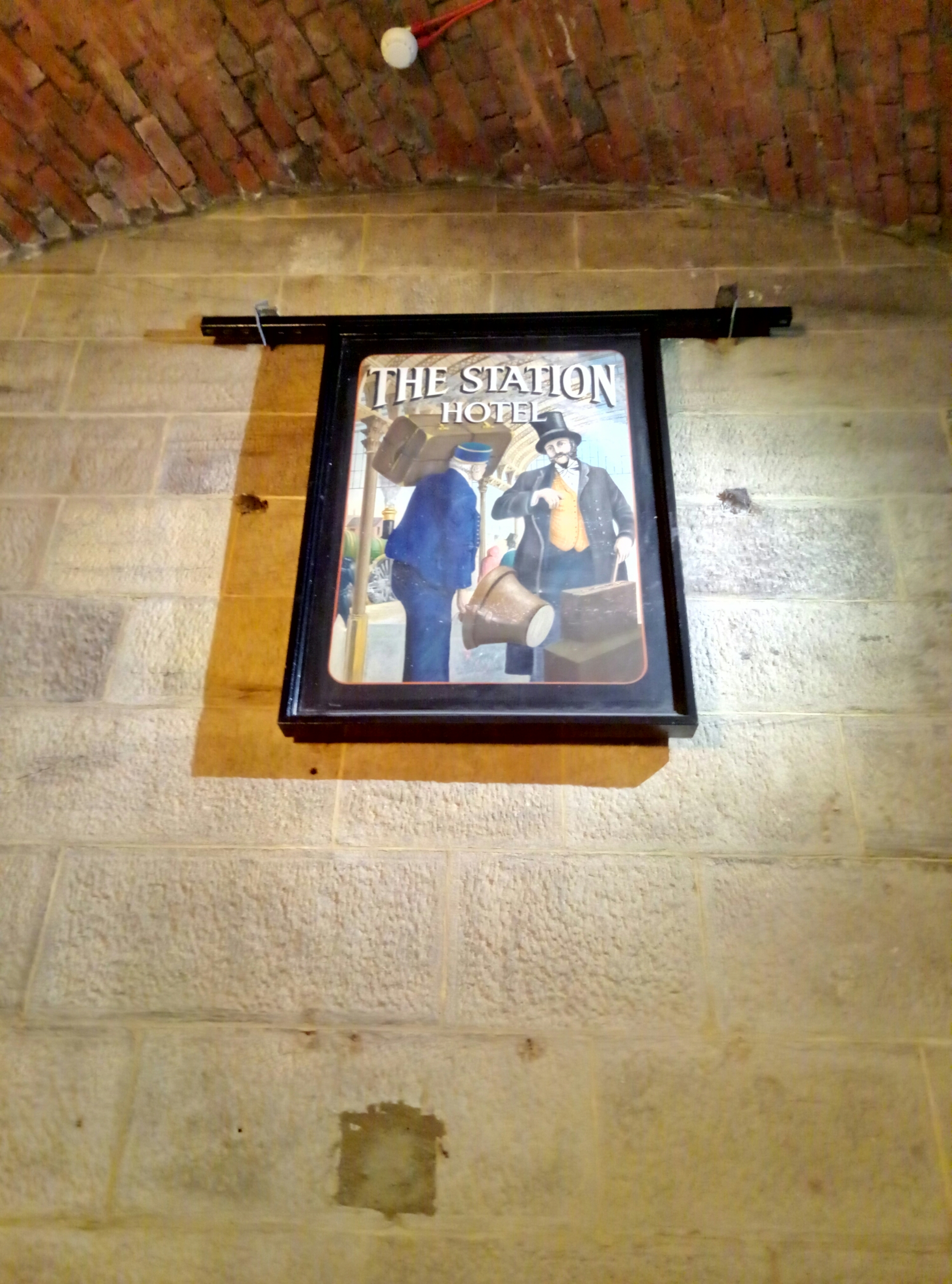 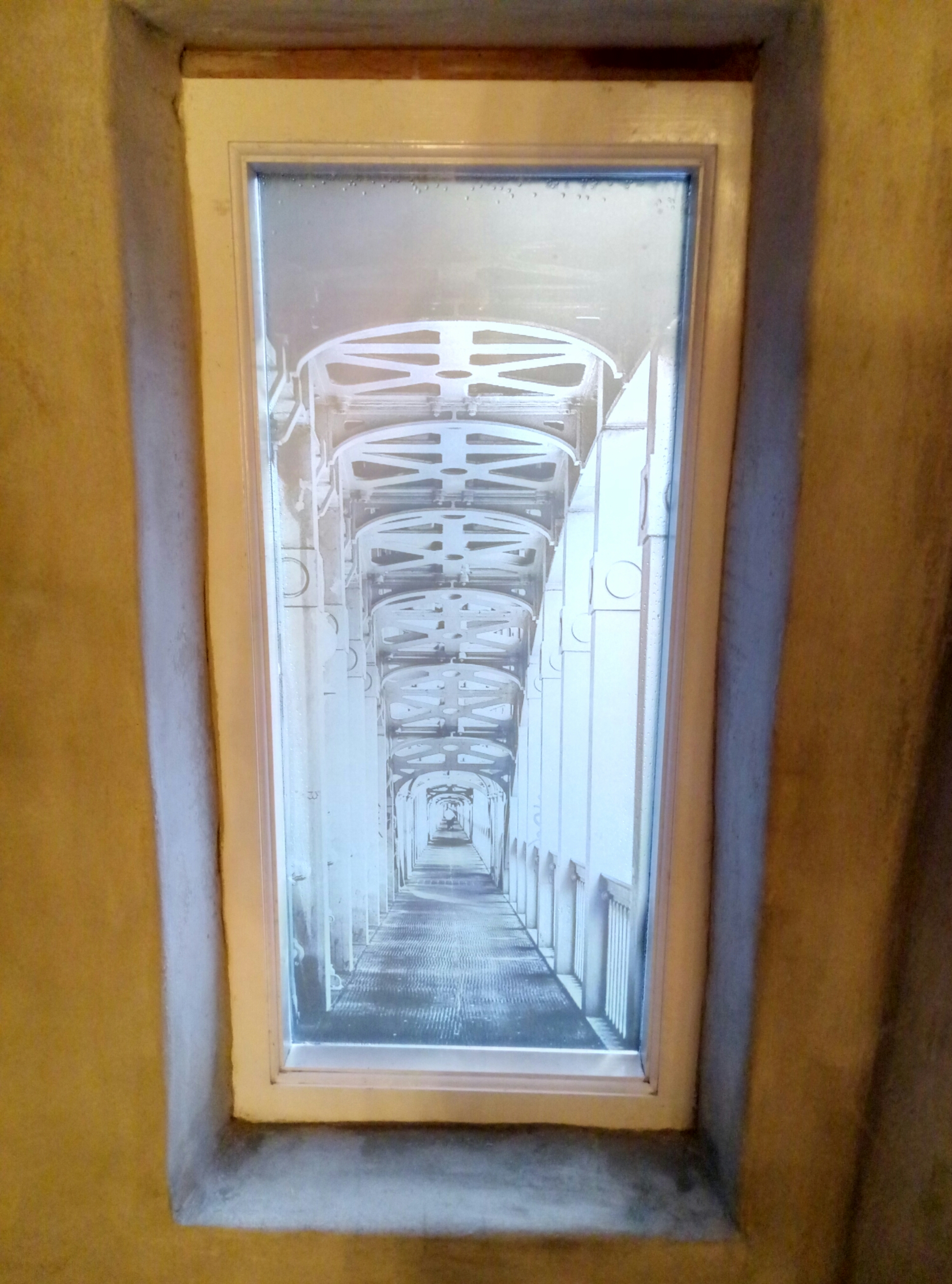 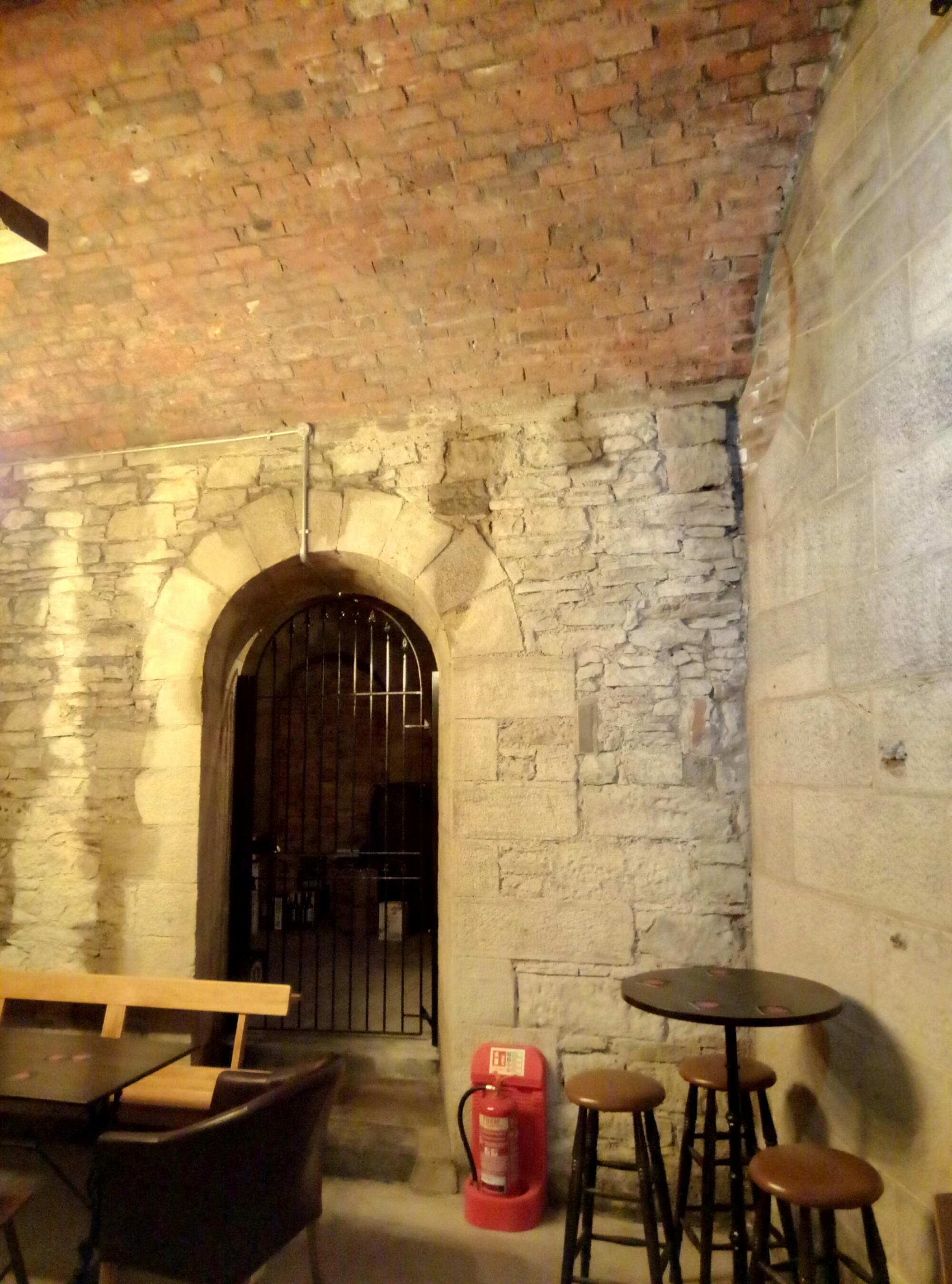 You can’t beat a nice fire on a cold evening. 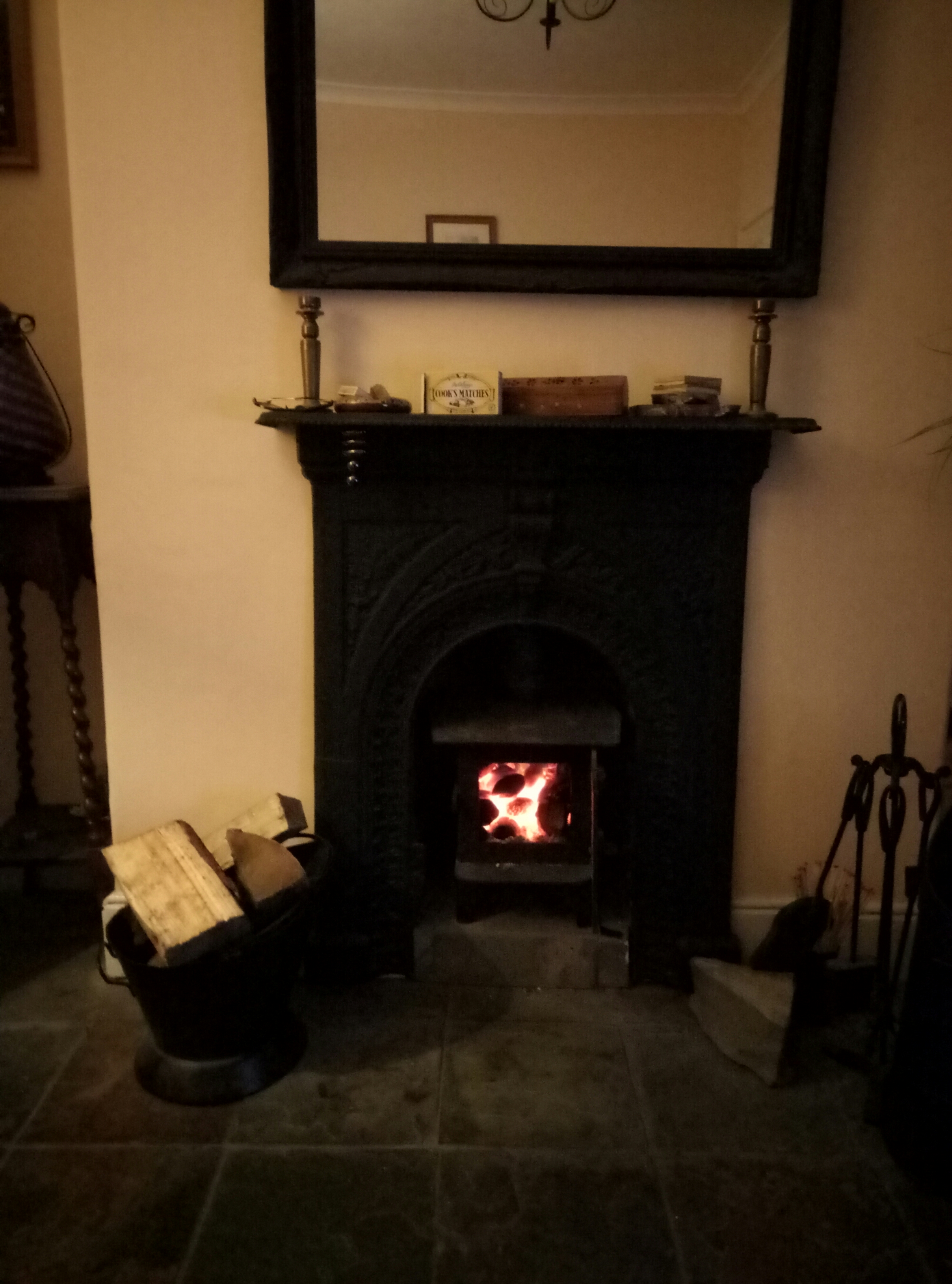 Station East, formerly the Station Hotel, reopened a couple of days ago. It used to be a pretty nasty pub, but it always had potential. The refurbishment was delayed by faults found in the railway bridge, into which it’s built. But the end result is impressive. 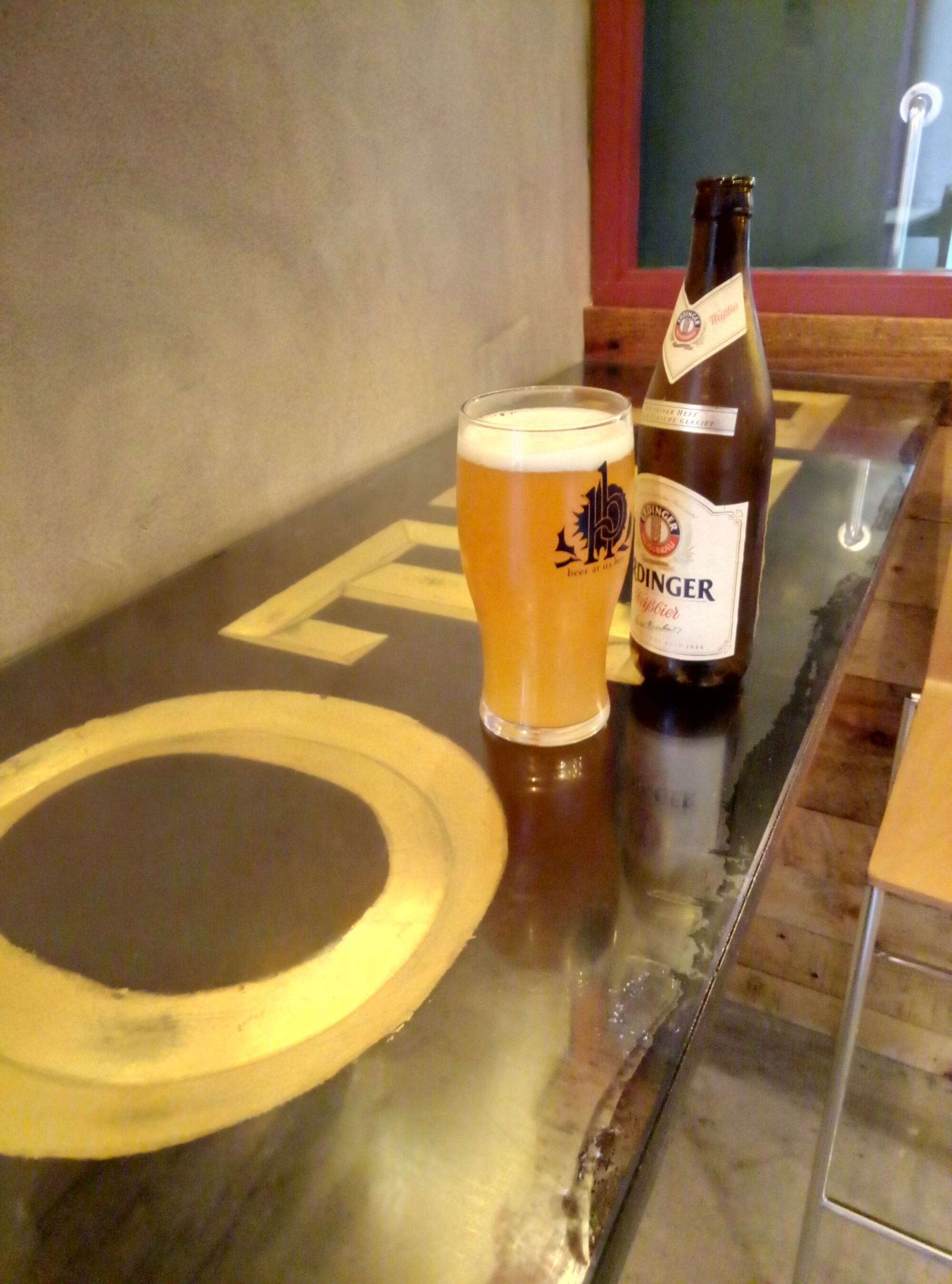 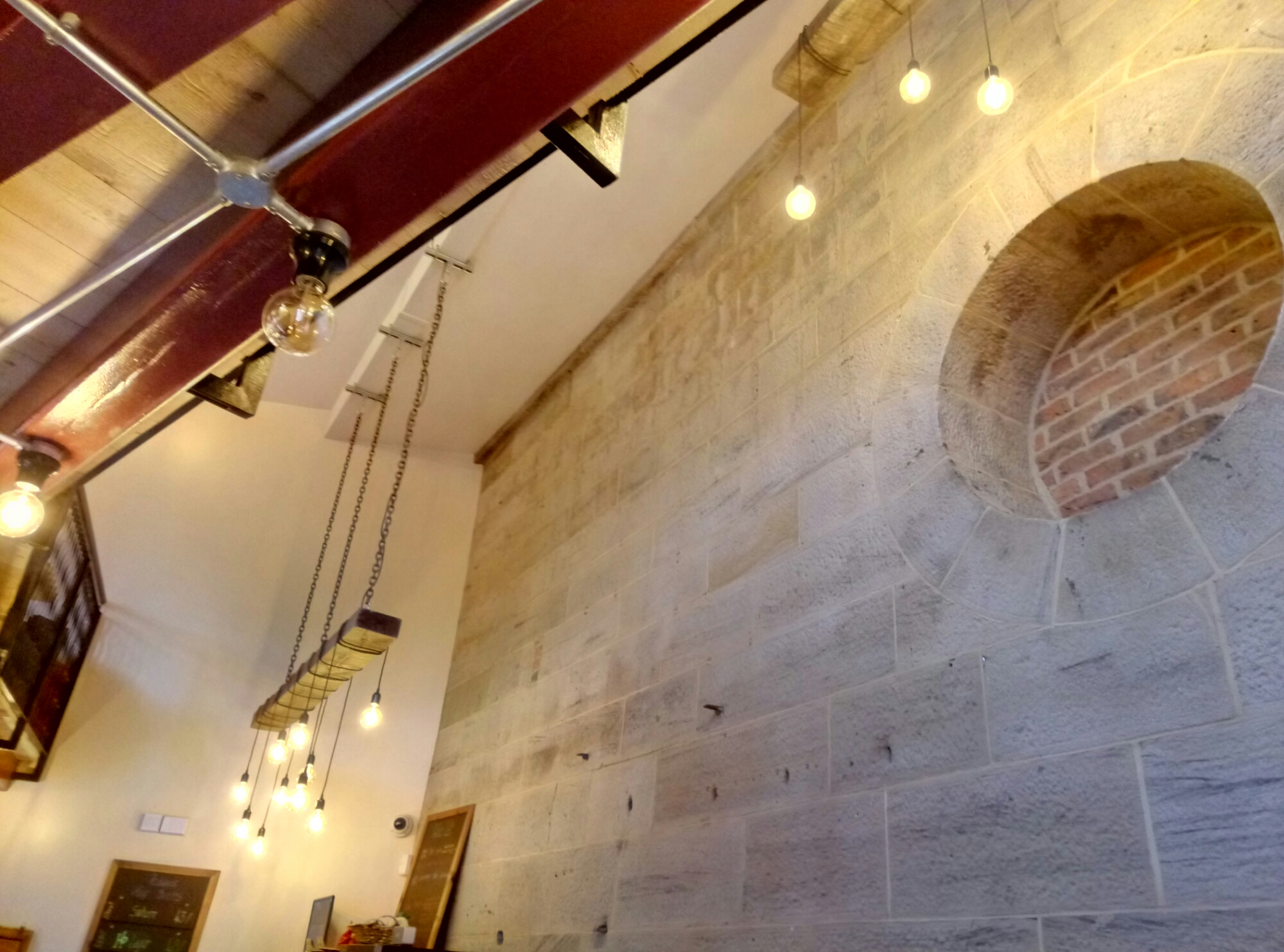 Gentlemen of a certain age will be able to hum along to the theme tume from the 50-60s Davy  Crockett TV series.

I’m currently watching the Alamo. No, not the early 60s John Wayne film, the 2004 version.

There’s a family connection, you know. No, I have no ancestors, that I know of, who fought on either side at the Alamo.

Unless you count Mr Wayne’s Alamo, that is.

Ok, so technically not a relative, I have a Davy Crocket connection. Somewhat tentatively I admit.

My mother’s uncle Jim was in the RAF during and after the second world war. And so was Davy Crockett.

Well, Fess Parker. He played Davy Crockett in the

Although Mr Parker was was known to my family as Daniel Boone. According to the TV series, he was a big man. You can’t beat a good theme tune.

Anyway, while family history has become somewhat diluted, Mr Dale (my mother’s uncle) and Mr Parker became friends at some point during the 40s.

And that friendship continues until my great uncle Jim’s death in the late 50s.

Karl and Steve didn’t win the battle of the bands thing last night. They were truly great, acknowledged as different from the norm, but stupidly good.

After the competition, I remained for some time, with free beer. That probably wasn’t my best decision, since work was painful this morning.

A few weeks ago, my mate Peter asked if I’d go to the Ship (tonight) because Matt would be DJ-ing. At the time, I declined because we’d be in Peterborough.

He hinted again this morning, but we couldn’t make it.

We’d cancelled Peterborough, but had kept the Ship in mind. Well, you never know.

So, on leaving North Shields, I asked if Peter would be in Ouseburn. There was no response, so, being the gentleman that I am, I headed to the Ship. A Metro and a cab.

And was he here? Of course not.

Off to town now for food. 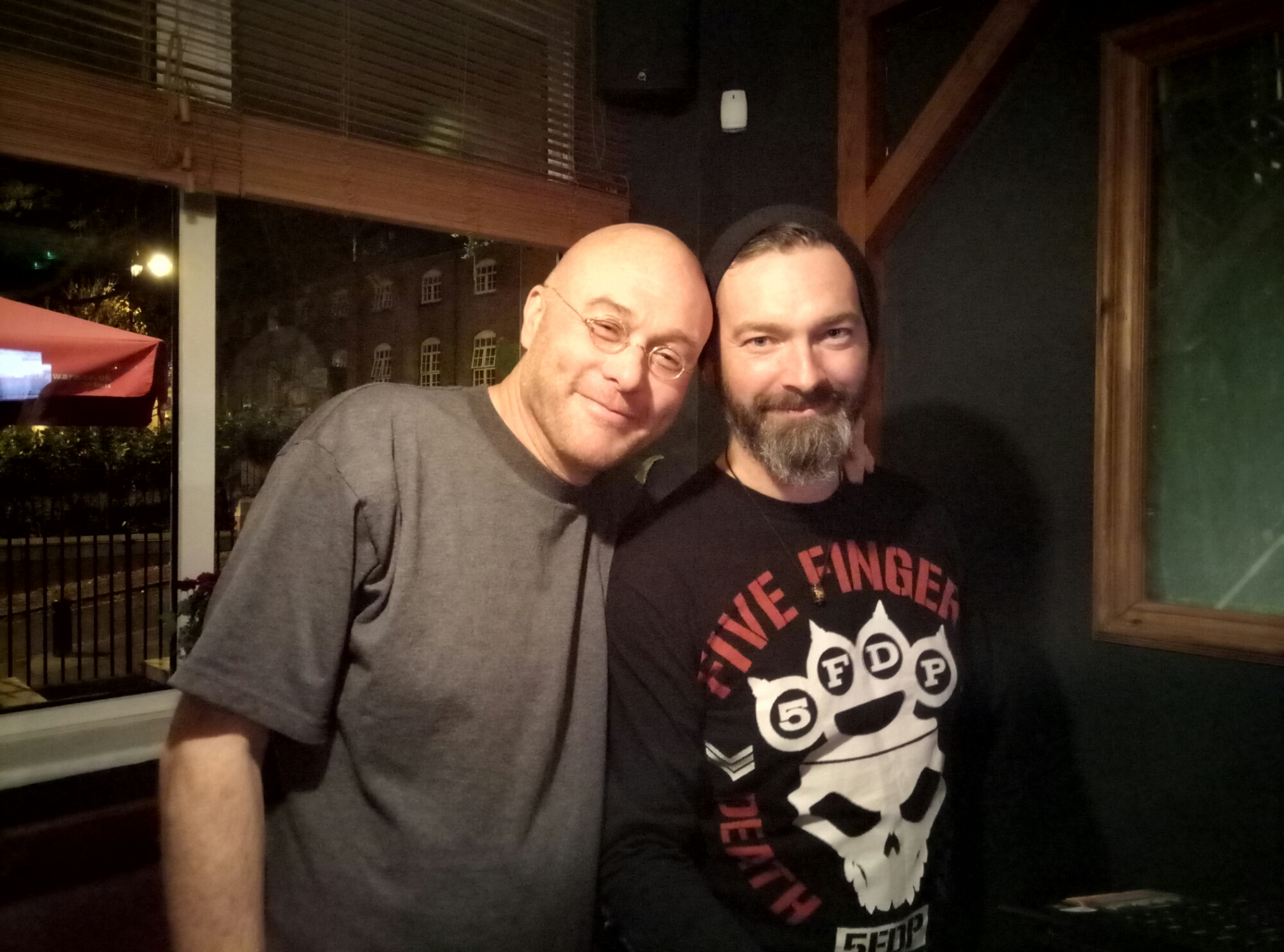 We’re in the Prince of Wales, in North Shields. I have Sam Smith’s stout and my second in command has strawberry beer. 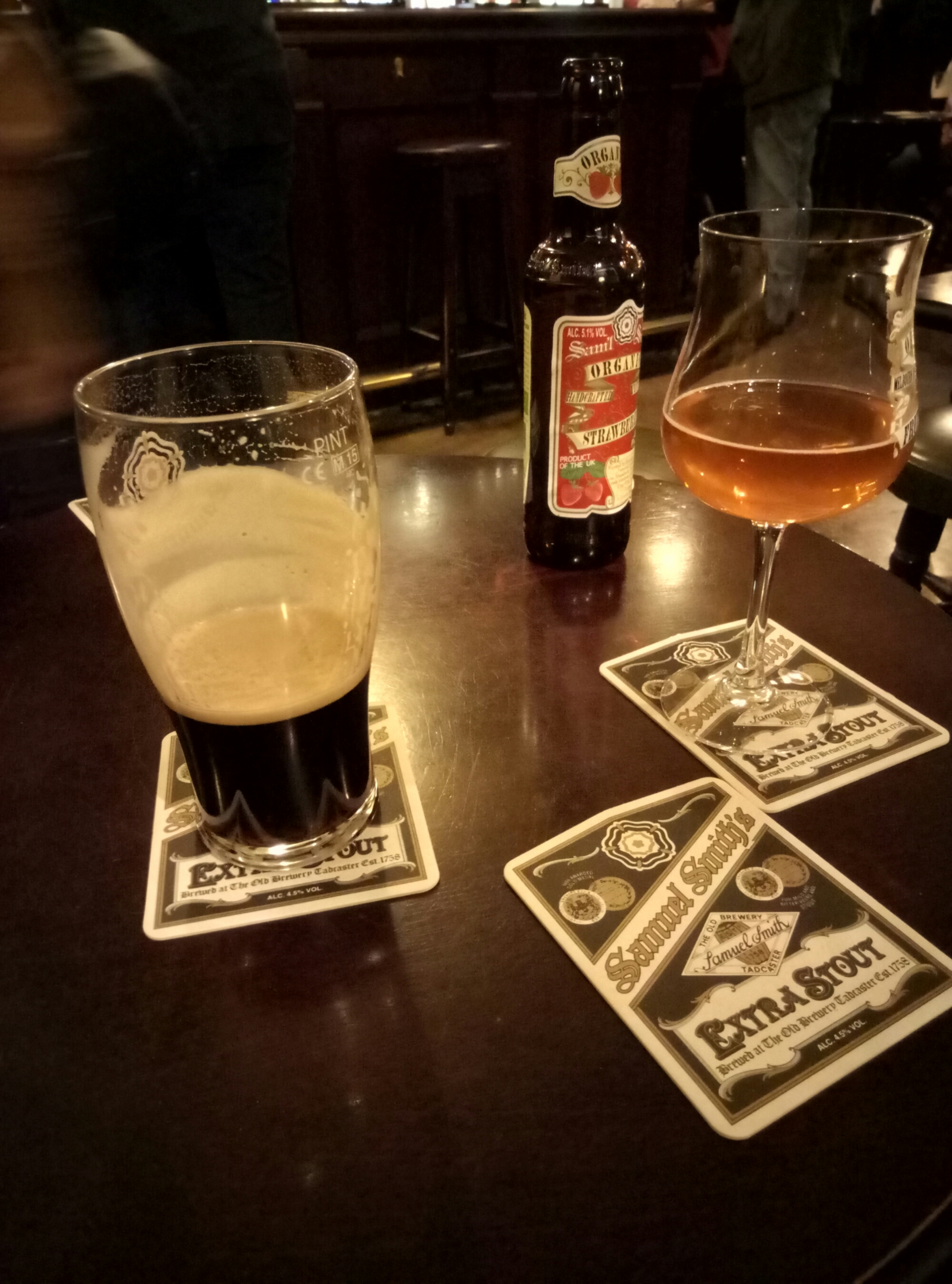 Sadly, another decent band have called it at day. While many people won’t have heard of the Presidents of the United States of America, many will at least be familiar with at least a couple of their songs; Peaches, Lump, perhaps even Kitty, or their cover of Video Killed the Radio Star.

It’s been a couple of years since they last toured and they’ve been very quiet of late; as a band, anyway.

I’m sure they’ll do well in their separate careers, but it’s a shame that they’ve called it a day.

I’m annoyed with myself. I’m now on my way to work for the second time. My first attempt was aborted when, halfway there, I realised I’d forgotten my bag.

I could have managed without my notebook and laptop at a push, but the prospect of starvation (I can’t buy a vegan sandwich at work) forced me to return home.

I’m going to be ridiculously late for a busy day.