Just watched a film about a dog called Goodyear. The film’s called Finch. You’ll have heard about it.

It’s a futuristic, but pretty retro, sort of film, with clear reference to Silent Running from the early 70s.

My kids cried when they first watched Silent Running and there’s a chance they might do the same if the see Finch.

Obviously, there was no dog in Silent Running. But there were robotic equivalents.

In Finch, there was a robot-ish Huey, but instead of the other two robots, Finch has a Jeff.

As a dog owner, Goodyear pretty much has a leading role. And it was good to see that the dog came out ok in the end.

Around three weeks ago, I picked up a virus; mostly nausea, fever and a bit of a cough. I didn’t (couldn’t) eat for a week, which left me a little feeble and wobbly afterwards.

Unfortunately, the virus (I’m assuming it’s the same, or a variant of) returned a few days ago. Thankfully, with only minor nausea. I’ve presumed that this is the Coronavirus and that, when well, I’ll be immune and safe to go about my business again. I mean, one would be extremely unlucky to be so unwell and not actually had the virus.

I’d planned on a day off today, but did have a couple of things to do in the pub first (till stuff and cleaning surfaces). So I walked to work, did what I needed to do, then took a slow walk home. Because the weather was so nice, I walked over to Newcastle and wandered through Ouseburn.

The place was eerily quiet, with very few people running or cycling, although the city centre was still busy-ish. Not that I can criticise others, since I was out too. In my defence, this is my first walk, other than strictly for work, in three weeks.

Anyway, some pictures of places usually teeming with people on a sunny afternoon.

It’s a little tough in the pub business right now.

Currently watching a film, called The Rezort, on Netflix.

Think of it as Jurassic Park without the dinosaurs. And with zombies instead. 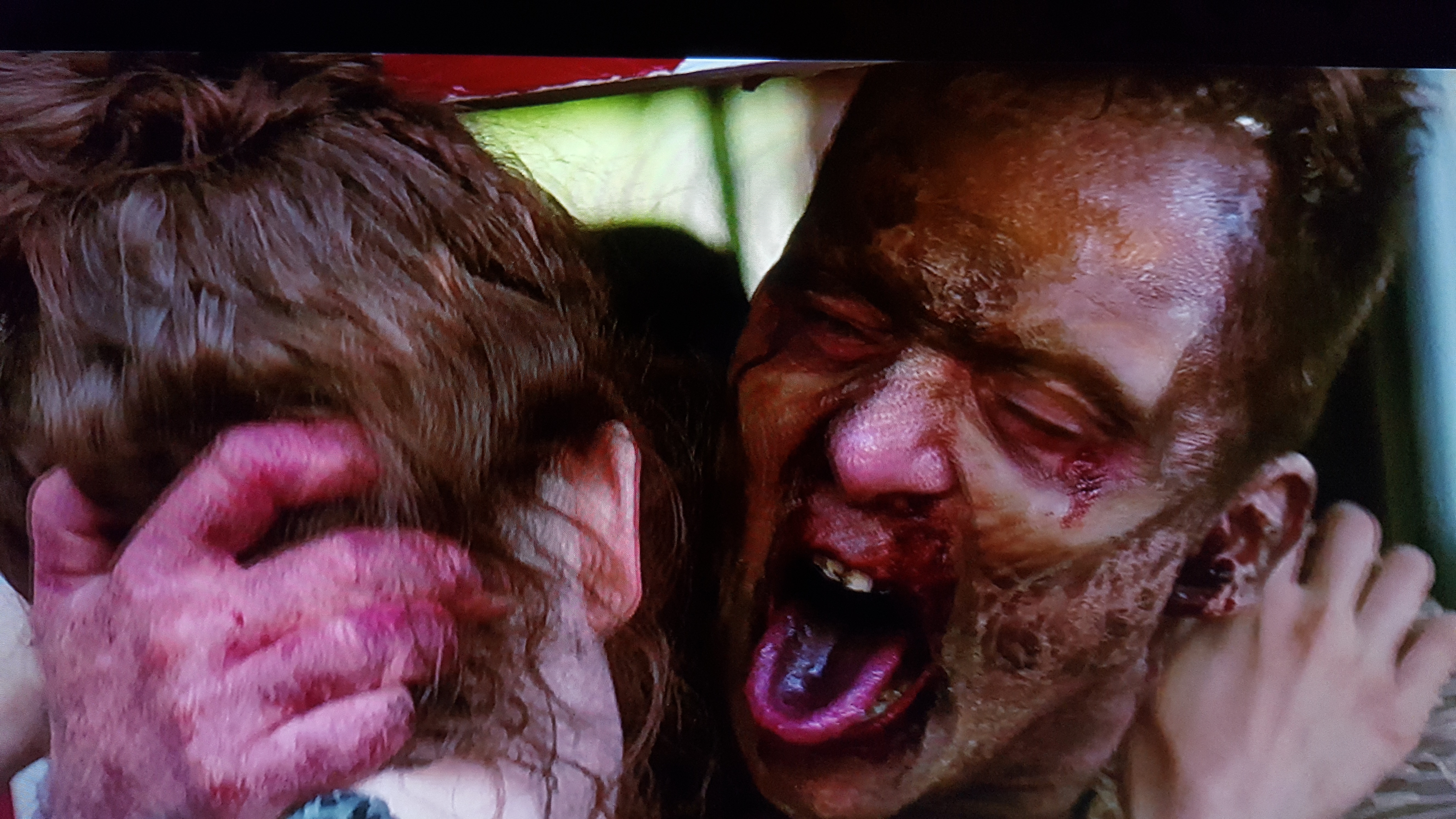 A computer virus disables fences. You can guess the rest. 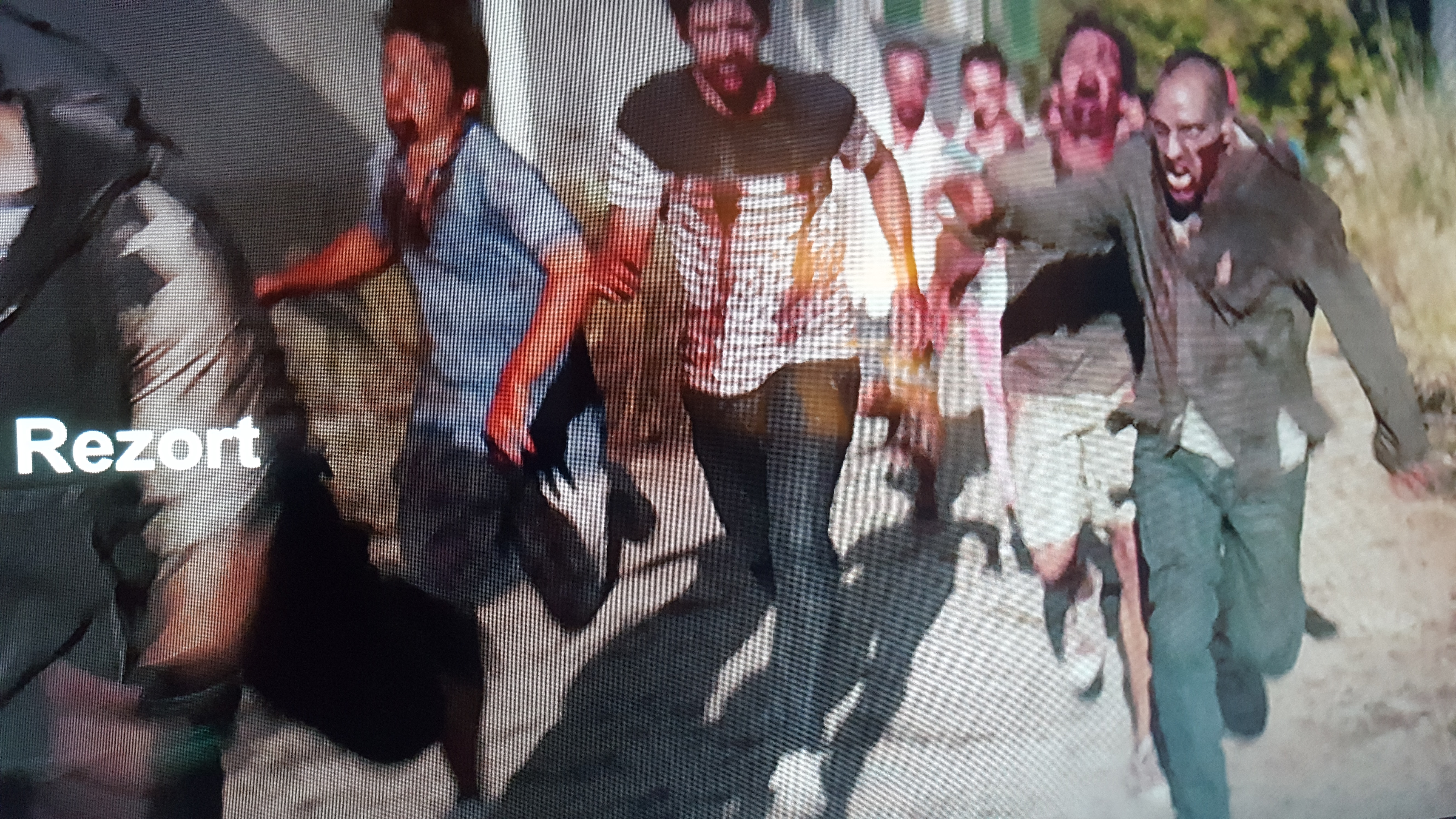 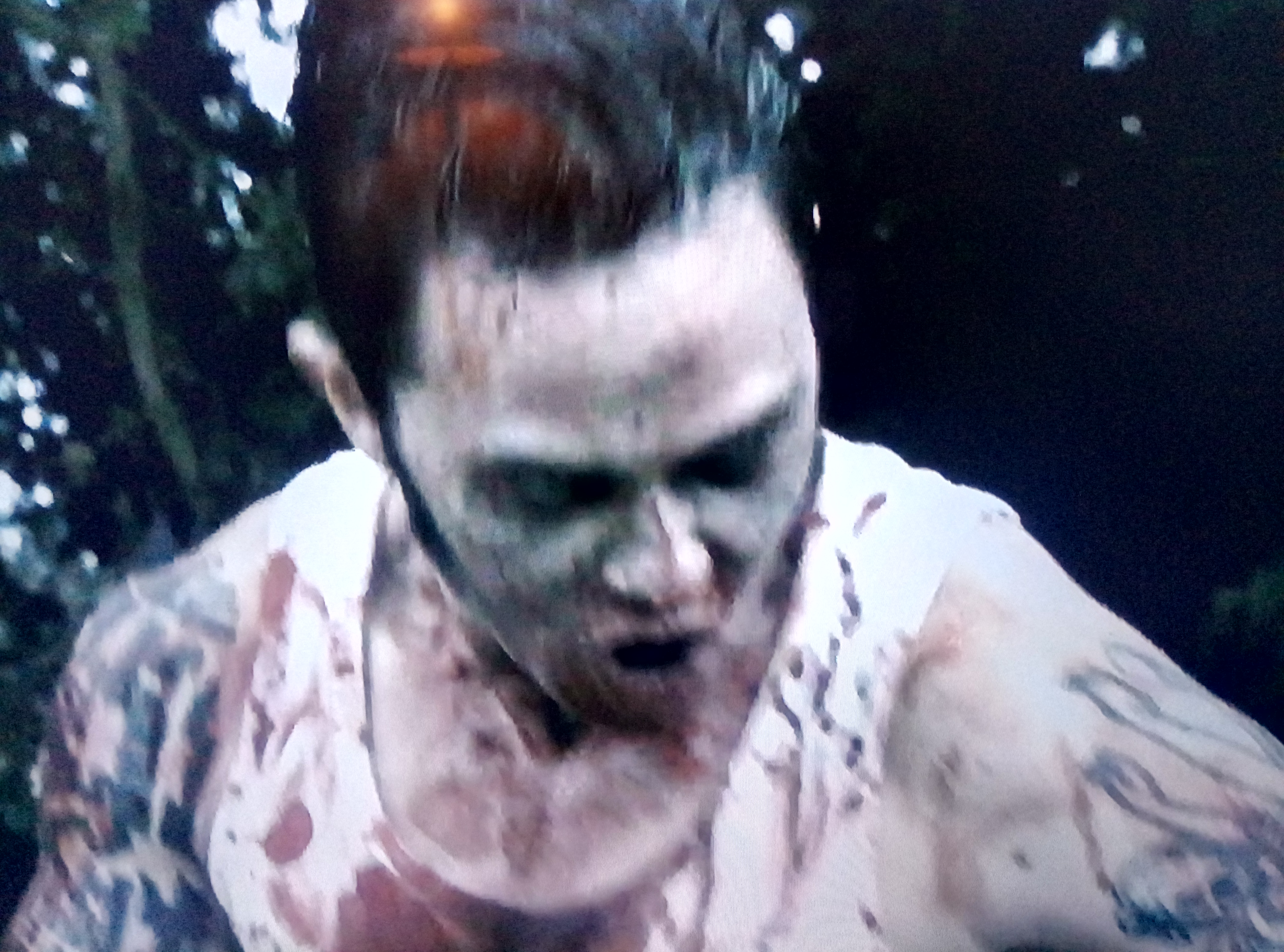 Currently watching Shaun of the dead. 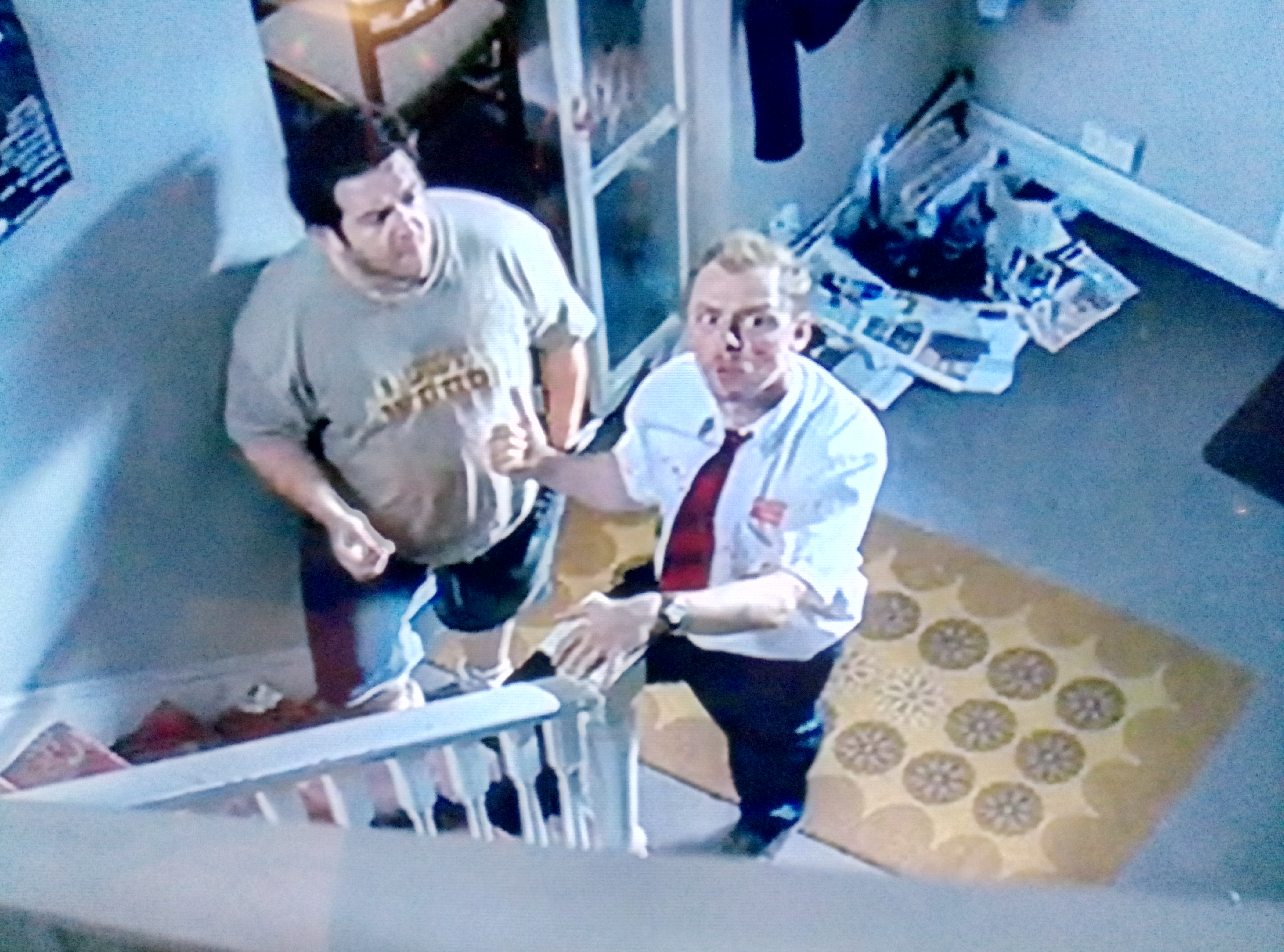 It all brings back fond memories of my time as a zombie.

I do so love my walking dead cup. A before (without hot water) picture. 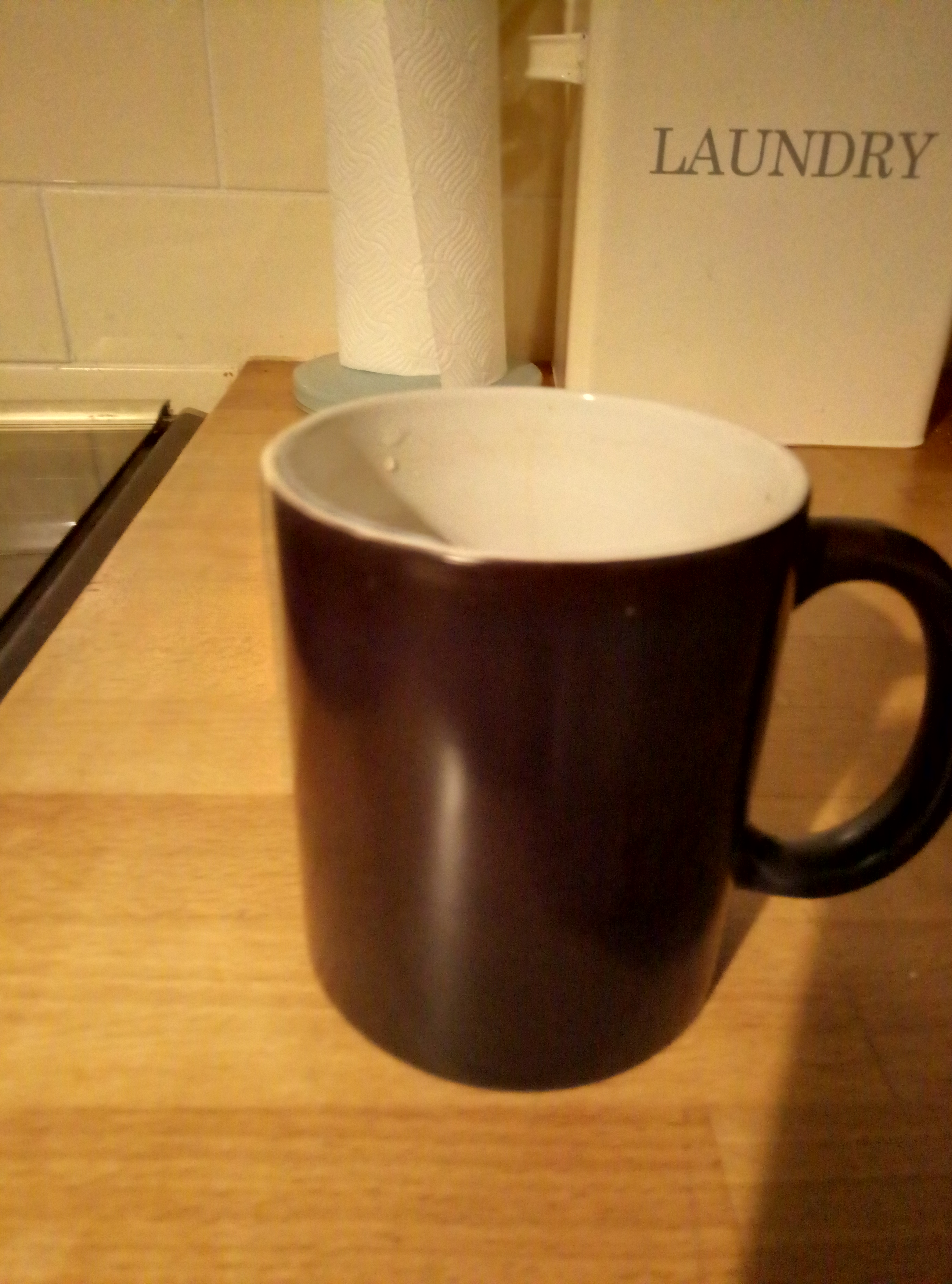 And an after picture. 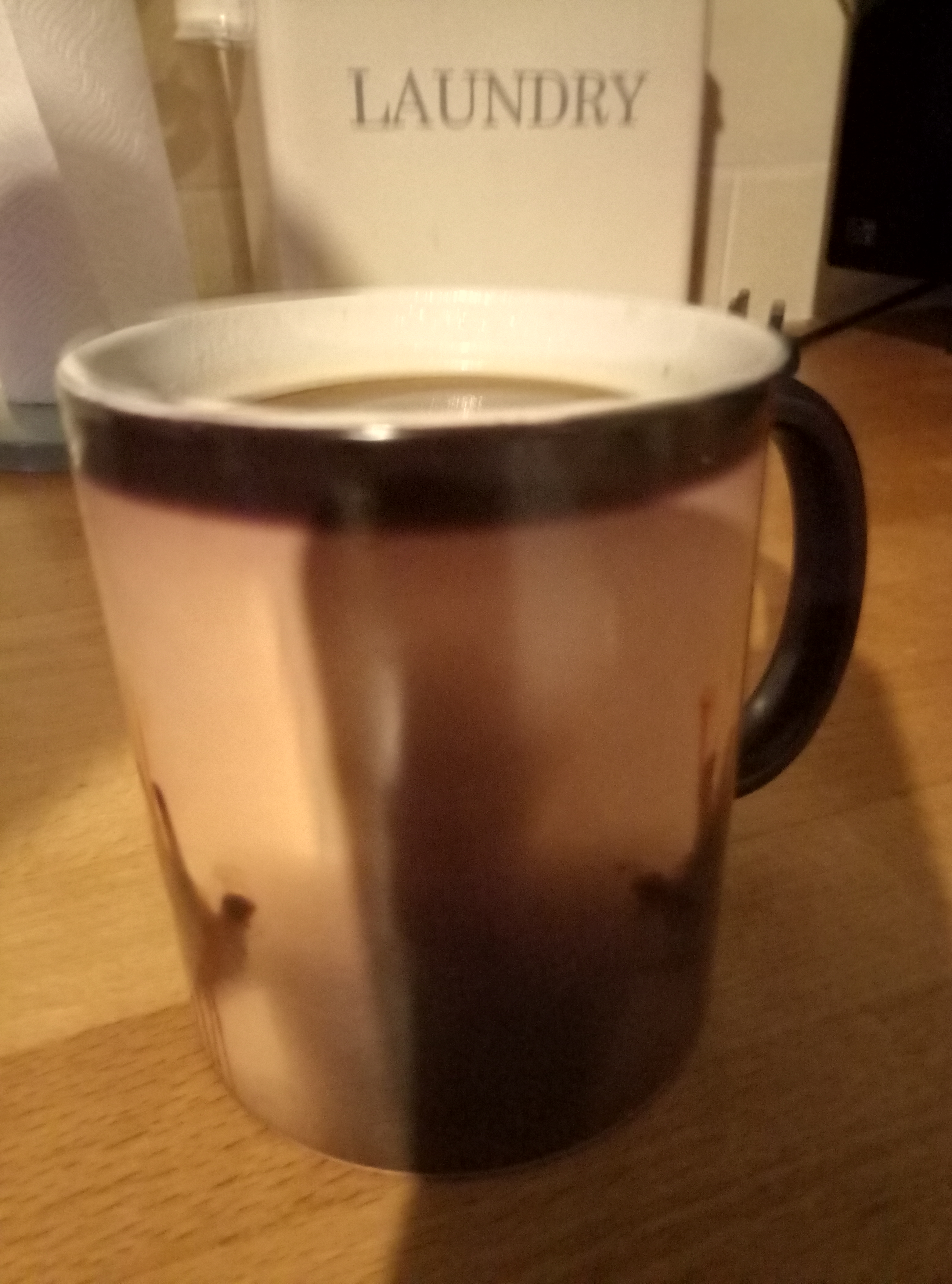 Unfortunately, our Chinese waving cat is no more. The cat, which is alleged to bring good fortune, seems to have attracted the opposite.

It sat in our window, reliably waving to passers by for a year or so. Until it was hit by a bottle of beer. And, so, the cat-beer bottle encounter ended very badly. The beer bottle was in several pieces. The cat was intact, but wet and without movement. And the window hadn’t coped particularly well either.

We’re currently in our local public house, rather than the planned Kings Cliffe. After effecting a professional (equal to Wadds was here) temporary repair, arranging for a replacement, and organising someone to keep an eye on the house (excessive, I know), we’re now discussing a revised departure time.

I do have a theory that the incident was racially motivated and carried out by non-locals.

Which is a shame since I was a half decent zombie.