Hmmm. So this offer is available only on one Friday and Monday? 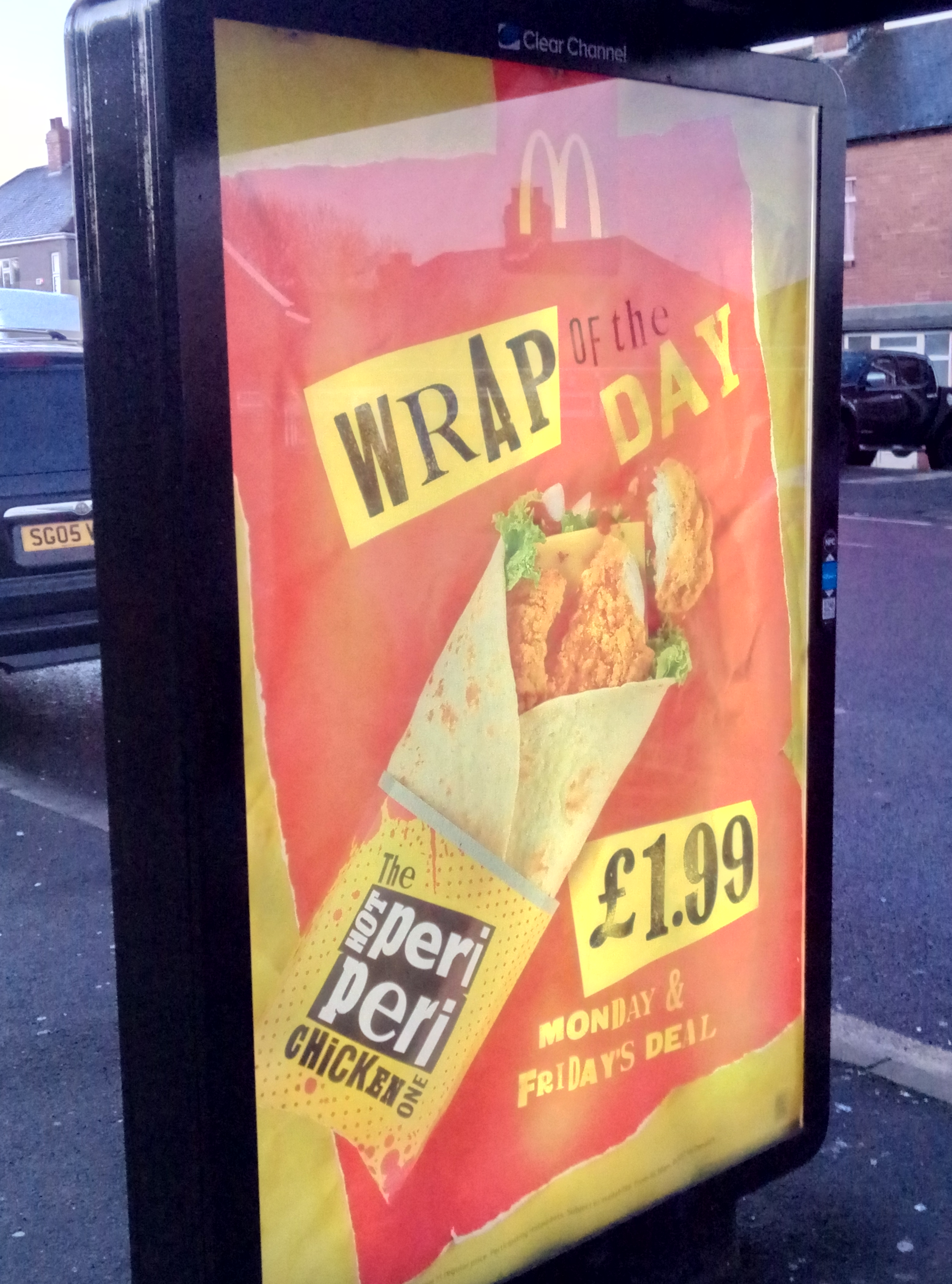 Somehow, I’d missed the formalisation of Photoshop as a verb. Like many, many other people, I’d used it as such since the 90s, but I’d not realised that it had been adopted by dictionaries until this morning when, on breakfast news, a clip was shown of Theresa May accusing Russia of using fake news along with photoshopped images.

As a committed Linux user, I’ve used Gimp as a most capable alternative to Photoshop. While I do recognise that gimped may not work quite as well as a verb, it feels wrong that mainstream dictionaries should offer free advertising for Adobe.

I’ve posted a picture of this decomposing poster some weeks ago. It’s stuck behind a timetable at the bus stop at the top of the hill. 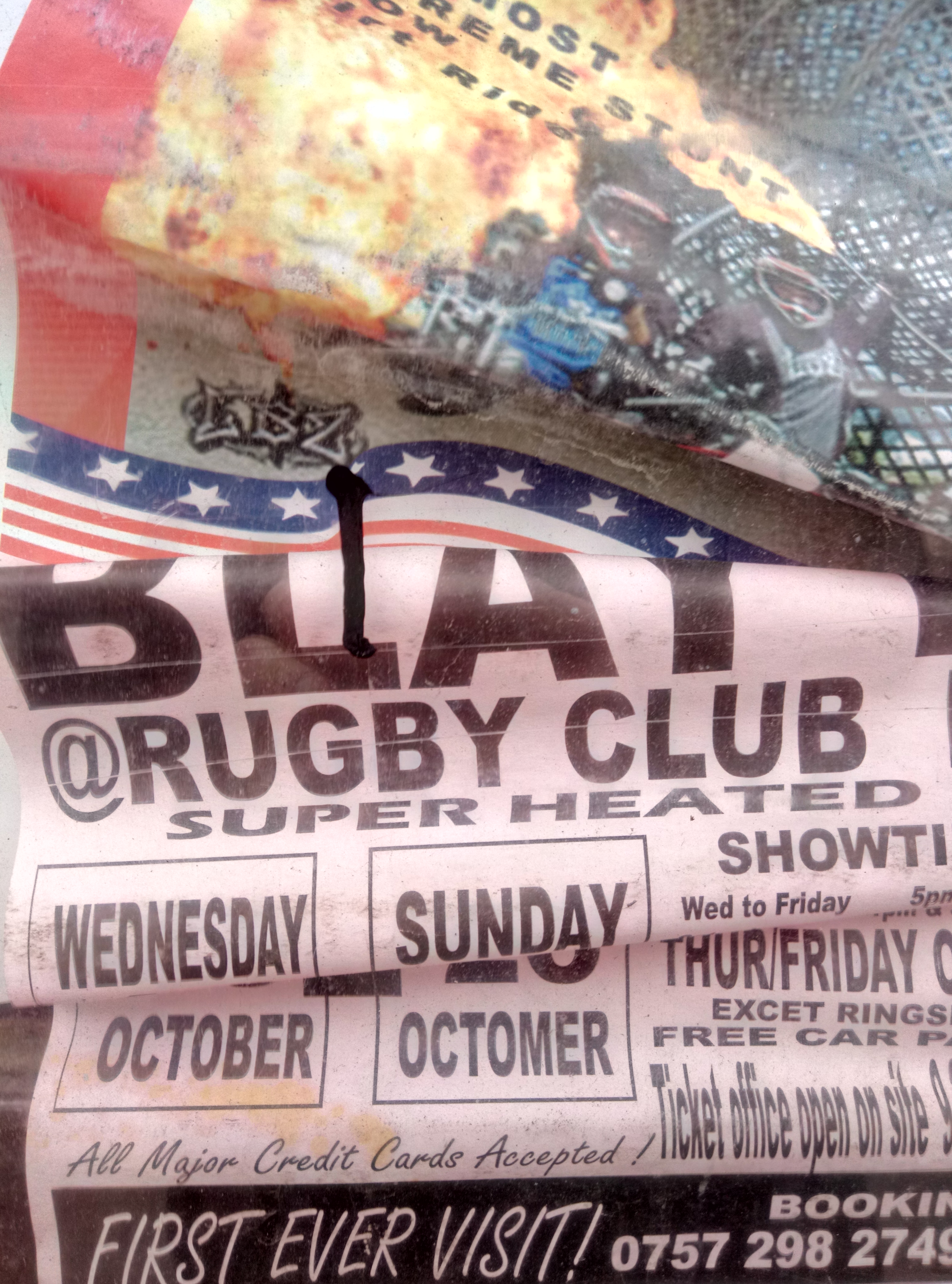 How’ve I not noticed the massive typo before?

I’ve not had a shave in over a week. And I’m on a train which is waiting twenty something minutes before we leave York.
My face is quite itchy. 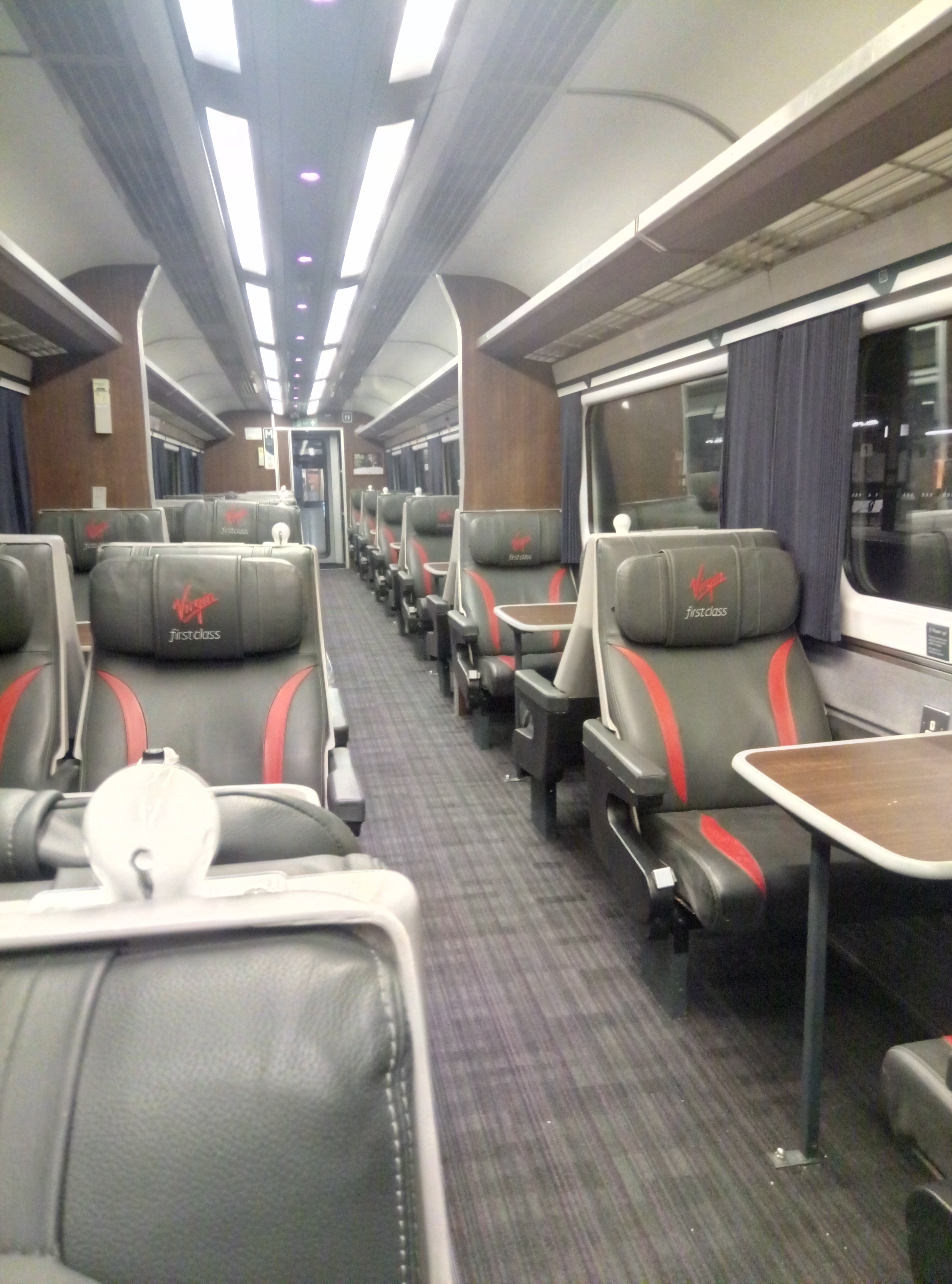 We did manage a couple of bottles of Erdinger in the Draper’s Arms, Peterborough. 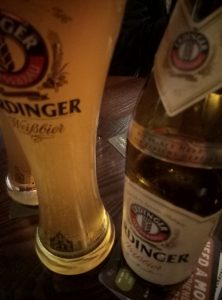 And, so, I’ve learned enough German to:

– ask for directions to the toilet/station/bar

– excuse myself if I couldn’t find the toilet

– explain that I don’t understand a lot of German

– explain that I don’t actually understand any German.

For many years I’ve been frustrated by the improper use (or lack) of the apostrophe. I’ve posted examples of serious apostrophe crimes here on occasion, but haven’t taken any other action.

However, a superhero of the apostrophe has now emerged. 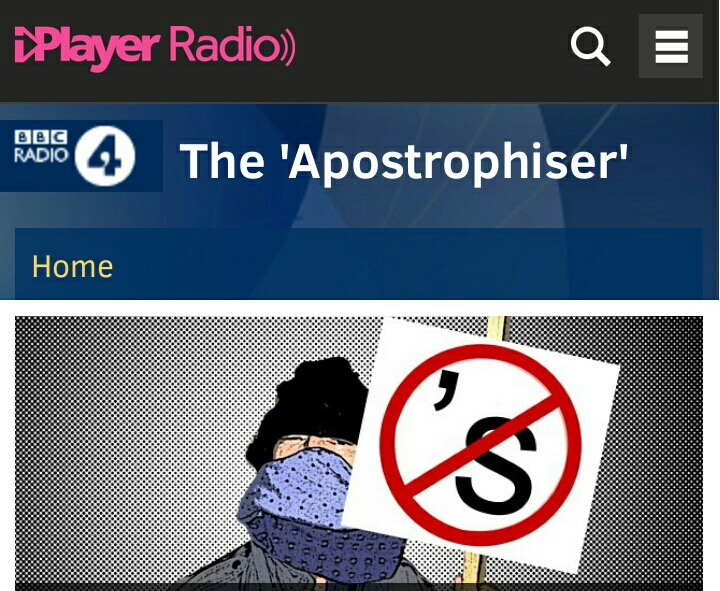 While I didn’t see the article on breakfast news this morning, my second in command and, later, a couple of people at work told me about the Apostrophiser. He’s something of an apostrophe vigilante who takes direct action to add missing, or remove inappropriate, punctuation.

I find this most liberating.

There’s a poster, at my local bus stop, which has been irritating me for some time now. It’s lodged down the back of the timetable and, I’m assuming, can’t easily be removed. 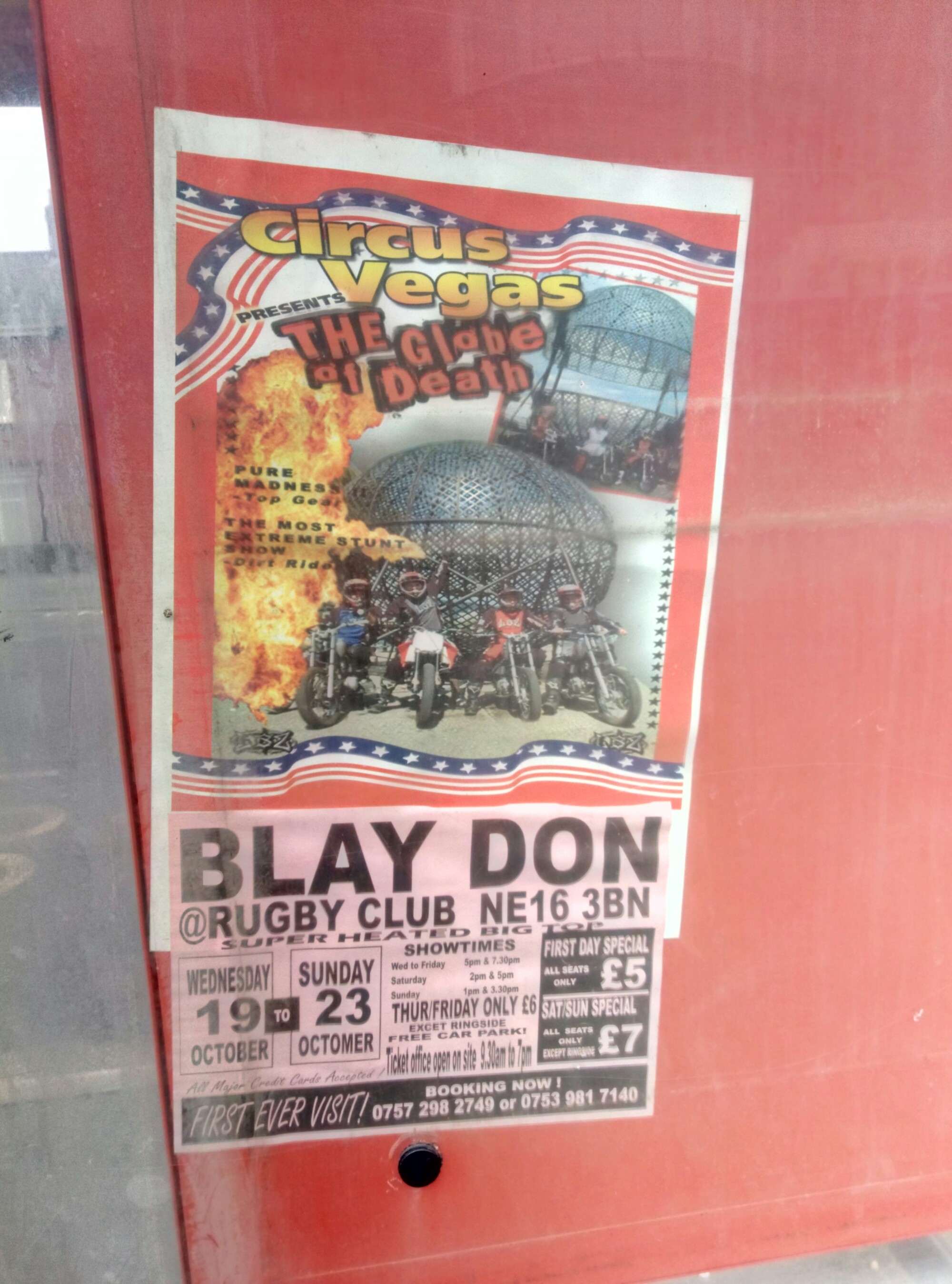 I could be critical of the name Circus Vegas, or, the globe of death (which is clearly a slight exaggeration), but what really irritates me is the BLAY DON kerning issue.

My theory is that, rather than being a typographic error, this is something of a lack of local knowledge.

As an aside, does anyone else recall the alleged wysiwyg software packages of the late 80s/early 90s which couldn’t handle kerning properly? 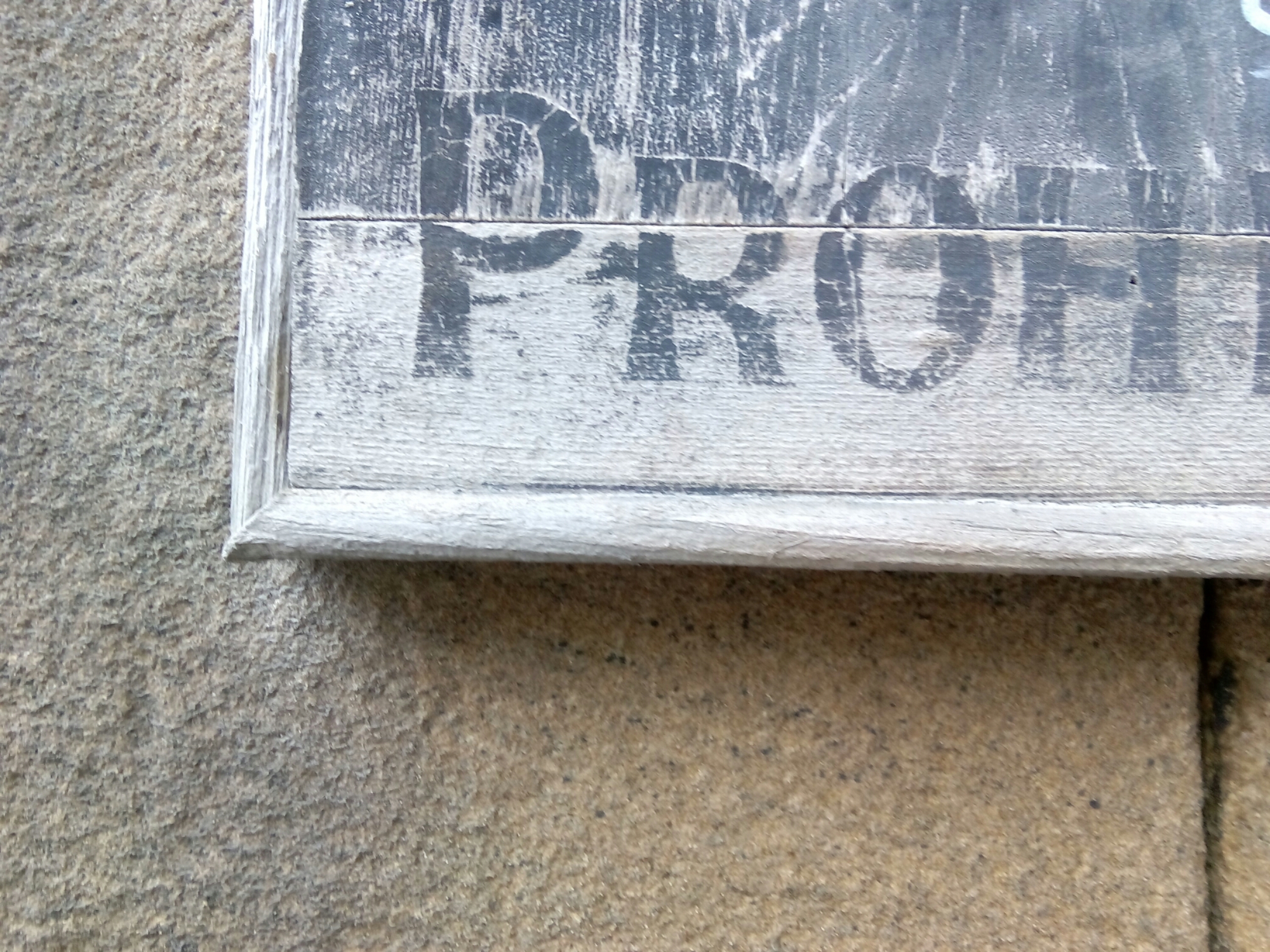 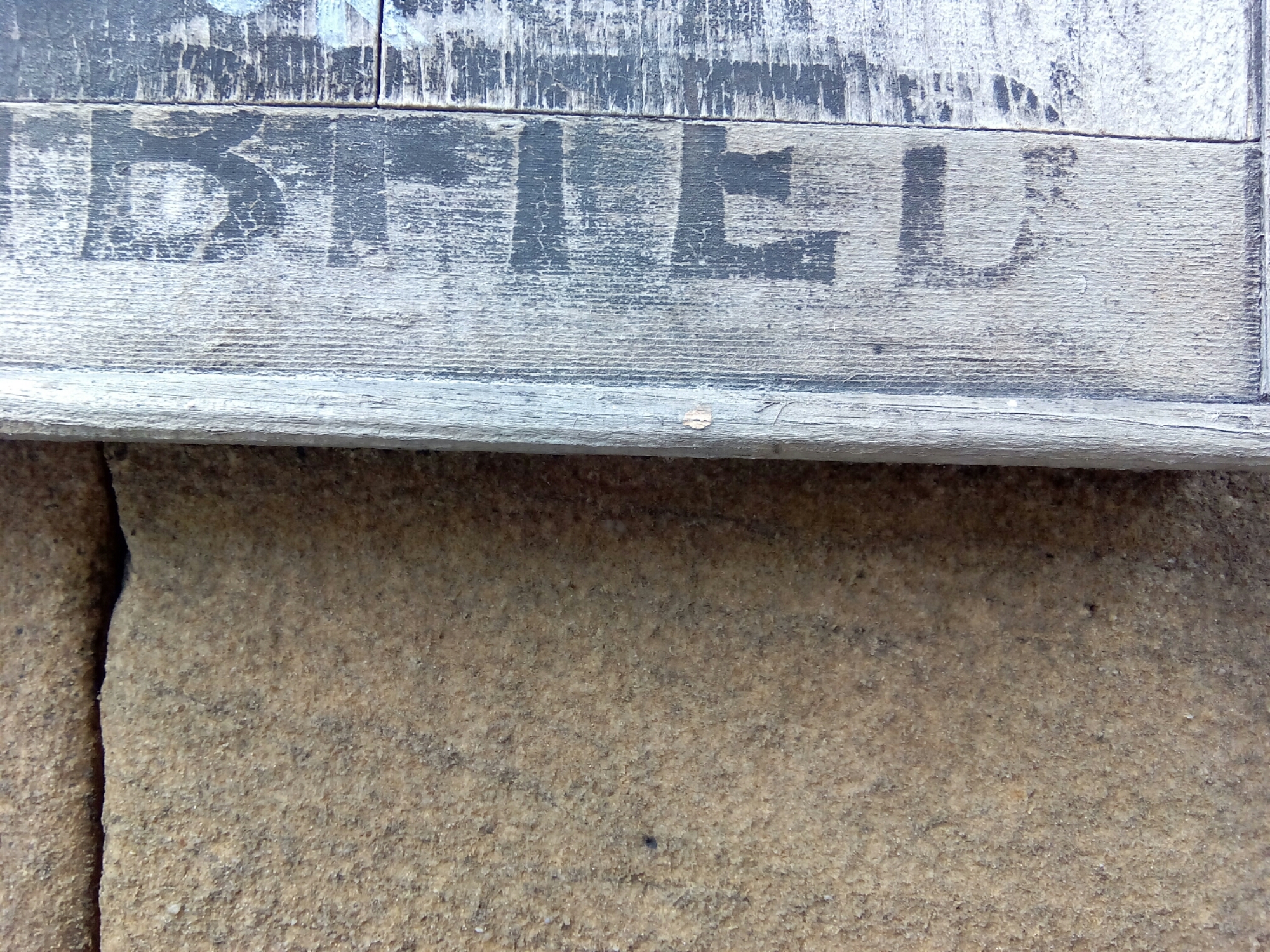 I came across this note in a Post Office window, in Sunderland, last weekend. 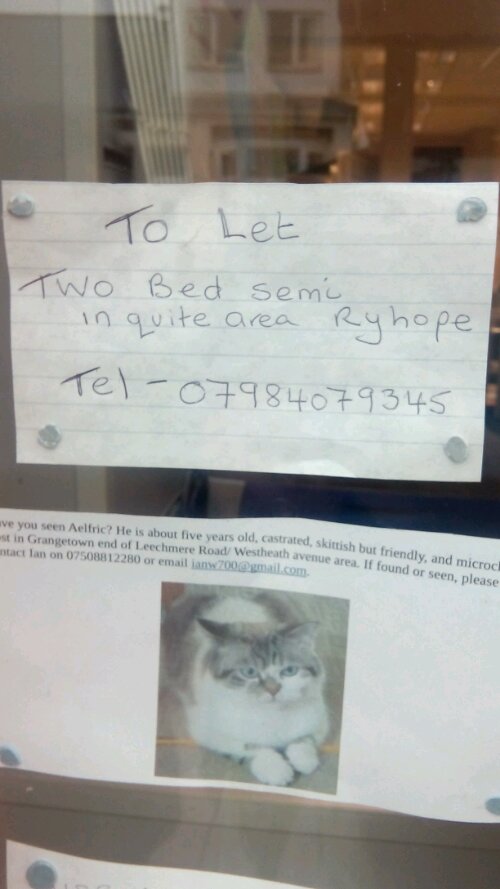 Quite shocking really. Last weekend also saw us attending zombie school for a second year. The actual event starts next weekend and we’ll probably be doing two or three nights. Lesson learned from last year, though, I won’t be doing two nights in a row. I couldn’t walk properly after two nights last year.

Speaking of zombies, while I dearly love Sam Smith pubs, I do recognise that they can attract a certain type of clientele. Of course, there’s nothing wrong with that, but it can put some people off. While in Preston a couple of days this week, I was seriously impressed by the work done on Ye Olde Blue Bell; it’s incredible how such a gorgeous building (and a Sam Smith’s pub) had been hiding behind the grotty render. I loved the old, dirty incarnation of the pub, but it’s now having the attention it deserves. 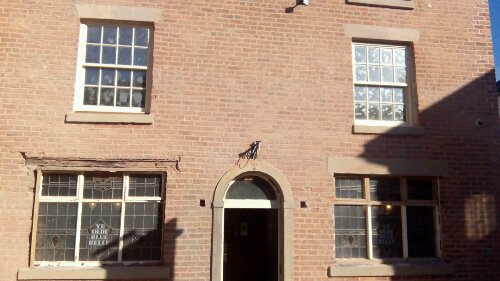 After considering doing so for some time, I’ve joined CAMRA. or, rather, we’ve joined, since membership’s pretty cost effective in multiples. For a very long time, I’d considered the organisation to be something of a beery antichrist, mainly due to the association of real ale with isinglass or, until cosmetics began using the stuff, collagen.

But, in recent years, there’s been a sign of change. While still not exactly mainstream, more real ale brewers are producing unfined, or seaweed-fined, beer. So, I’ve had something of a change of heart. After all, if more vegetarians/vegans join, there’s surely greater opportunity to influence further change. The moral argument probably won’t succeed, but the question around polluting a natural product with fish bits might. After all, finings remove both taste and valuable nutrients.

An unexpected bonus of membership is the ample supply of vouchers. 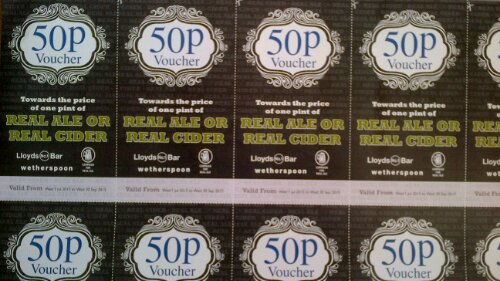 Regrettably, CAMRA have a little more work to do in the quality department. I really don’t understand how such a large proportion of the UK population don’t have even a basic knowledge of the use of the apostrophe. 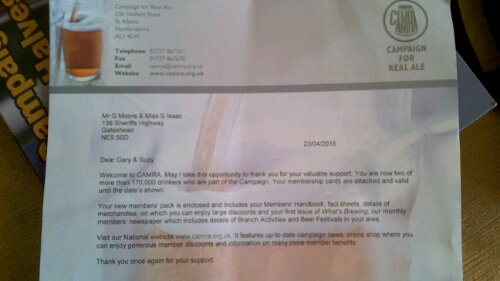