Oil leaks are pretty much the norm for old VW Transporters. However, one of the van’s leaks was pretty serious, resulting in oil stains wherever we parked and far too regular oil top-ups.

One would probably expect a 42-year-old vehicle to have some problems. Our old van las a couple of leaky windows, some surface rust, no heating and an oil leak. For the latter, we tend to carry oil, so we can top-up at regular intervals. Because, wherever the van is parked, large oil patches are usually left behind.

During its service last week, we were informed that we actually have multiple oil leaks, one of which is more serious than the usual T2 leaks.

As a result, our van is currently without its engine. The picture below was taken just a couple of days before surgery. 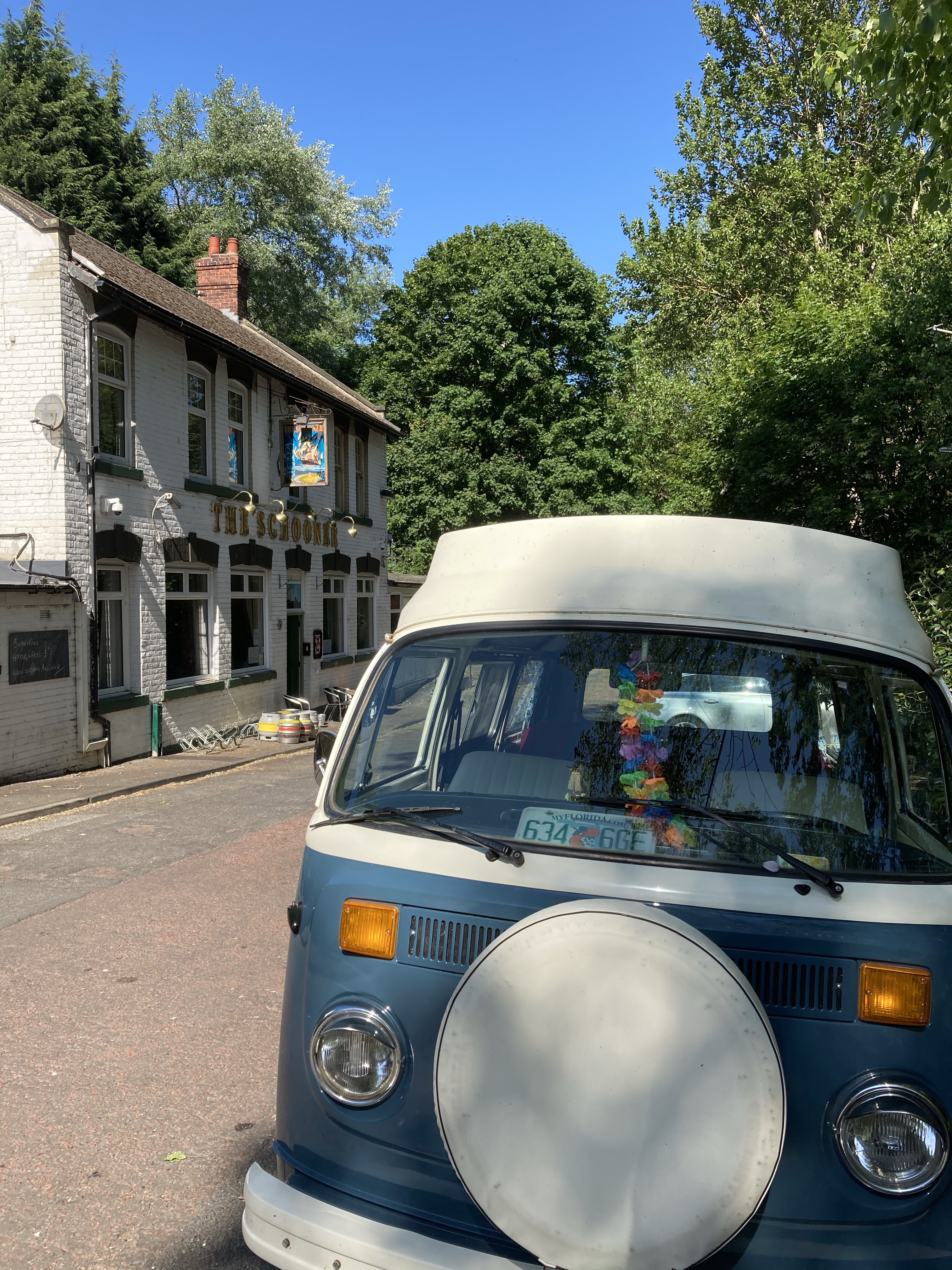 From day one, the dog has hated being in, or even near, a car.

We’ve recently discovered, though, that she enjoys tolerates the van.

Today was a well earned day off, the first in weeks. we drove to Holy Island.

Followed by Seahouses (no pictures) and a random stop-off to let the dog have a pee.

Well, I’ve now officially started some Christmas shopping. Like I used to do years ago, I opted for the hell that is the Metrocentre, with the aim of picking up most things in one go. Naturally, that hasn’t happened and a return trip will be needed. Anyway, to ease the pain, I’m currently with a pint in Wetherspoons, before returning home. Which I would generally do years ago, too. More recently, though, I’d have a quick pint afterwards working in the van, which is a convenient ten minutes’ walk from here. While that would have been through August, and maybe a couple of days in early September, it feels like a matter of days, rather than months. Apart from the drop in temperature, of course. I should probably call-in to check the van, but the last couple of nights’ working in the pub have taken their toll and I feel really sleepy. After working through the night, I’ve found it difficult to sleep during the day. Still, my labour is starting to pay off. And, apart from a couple of small finishing touches, the accommodation above the pub has worked out well. I’m pretty happy with the end result, particularly since we have our first bookings.

I took this picture earlier today. Two rather beautiful things that complement each other.

Around an hour ago, we left the van in hospital.

Where it shall have cosmetic surgery.

After watching this morning’s cycling, I made my daily trip to the storage yard; this time to fit carpet.

Which means I need to wait for a replacement before we can re-fit the front seats. This is something of a pain since the van’s booked-in for re-upholstery on Monday.

One positive, though, is the carpet provided to cover the (not very attractive) under seat storage compartments.

A lady (who I relied on a lot) I used to work with is currently in Las Vegas. She sent me pictures of a crappy van.

Isn’t this the most beautiful thing ever.

It may seem a minor thing, but I fitted new seatbelts in the van today. However, the originals were ancient and were frustrating to use when one is used to modern belts.

I’d never previously fitted a seatbelt, so the job took longer than it probably should have. I do have some leftover bits, but I’m assuming these were optional.